Chief Public Health Officer Theresa Tam makes her way to a news conference in Ottawa. Tam says that while the spread of monkeypox is alarming, the disease can be contained. Photo: Adrian Wyld/The Canadian Press

The Public Health Agency of Canada is urging gay and bisexual men to practise safe sex and limit the number of their sexual partners as it confronts the monkeypox outbreak.

Dr. Theresa Tam, Canada's chief public health officer, told a news briefing Wednesday that while the "global monkeypox outbreak is of serious concern," public health officials and governments have a "window of opportunity to contain the spread."

So far, Tam said, the disease has been limited almost exclusively to men — 99 per cent of infected individuals in Canada are male and the median age is 36. Most of the cases reported in Canada have been among men who have sex with men, she said.

Tam said the outbreak Canada is experiencing can be stopped by employing strategies that target the right groups of people.

Those strategies, she said, could include a public awareness campaign that focuses on gay and bisexual men through community organizations, educational settings and dating apps like Grindr.

Tam said little is known about how monkeypox spreads, how people can protect themselves and whether asymptomatic carriers can spread it to others.

"Learning from the HIV pandemic is very important, which is why engaging with communities who were impacted right at the start to find solutions will be our best weapon against the spread of this virus," she said.

Tam said that learning more about the disease, including how to recognize its symptoms, is critical in the fight against its spread.

"We need to remain vigilant," she said. "Front line health care professionals, if they think they are seeing patients with rashes or others potential risk factors, then get them tested.

"That's the most important thing — remaining vigilant on the front line."

Praney Anand, executive director of the Alliance for South Asian AIDS Prevention, praised Tam for avoiding the stigmatization of gay men that occurred during the early response to the HIV/AIDS pandemic.

Last week, the chief of the World Health Organization said the monkeypox outbreak is an "extraordinary" situation that qualifies as a global emergency.

"We have an outbreak that has spread around the world rapidly through new modes of transmission about which we understand too little, and which meets the criteria in the international health regulations," Tedros Adhanom Ghebreyesus said.

A global emergency is WHO's highest level of alert, but the designation does not necessarily mean a disease is particularly transmissible or lethal. 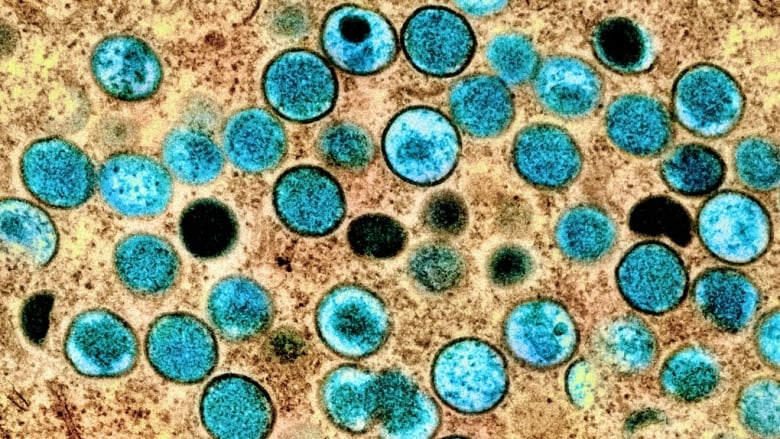 Tam said there are 745 cases in Canada now — 346 cases in Quebec, 326 in Ontario, 58 in B.C., 12 in Alberta, two in Saskatchewan and one in Yukon. More than 16,000 cases have been reported worldwide; Tam said she thinks that figure is lower than the true number of cases.

The number of cases globally has increased 48 per cent over the previous week and the disease has now spread to 75 countries, PHAC said.

We have enough vaccines for now, says Tam

In Africa, where the disease has existed for decades, monkeypox mainly spreads to people from infected wild animals like rodents in limited outbreaks that typically have not crossed borders. In Europe, North America and elsewhere, monkeypox is now spreading among people who have no links to wild animals and haven't travelled to Africa recently.

PHAC officials said that 70,000 doses of the Imvamune vaccine have been sent to the provinces and about 27,000 have been administered.

Tam said that Canada has a sufficient supply of the vaccine for now. She urged vulnerable groups, such as men who have sex with men, to get vaccinated to curb the spread.

"We need to see a greater emphasis on supporting people with monkeypox."

Men who have sex with men are already lining up to receive the vaccine, said Michael Kwag, a policy director at the Community-Based Research Centre, a Canadian non-profit focused on health in the LGBTQ community.

"We're already seeing members of the community step up to get the vaccine, to get more informed, to educate their sexual partners about the risks," Kwag said.

To see the original report and read related stories, follow this link to the CBC Thunder Bay website.  https://www.cbc.ca/news/politics/phac-monkey-pox-spreadf-canada-1.6533909