Water temperatures in Minnesota’s inland lakes are balmy and near peak seasonal levels.

But the water in Lake Superior this summer is near record cold levels for late July. 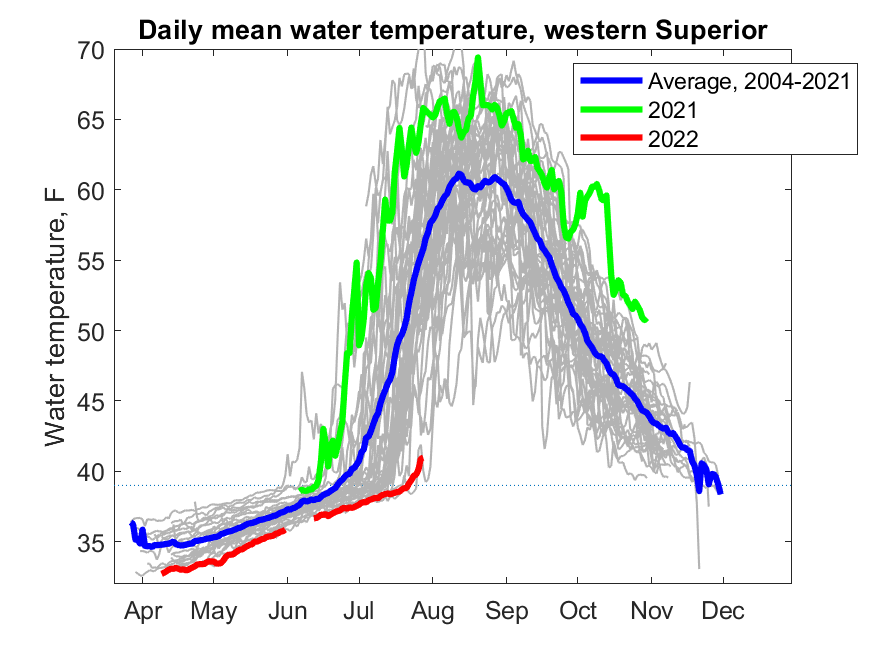 Water temperatures at buoys on the western end of the big lake are still a frigid 39 degrees this week. 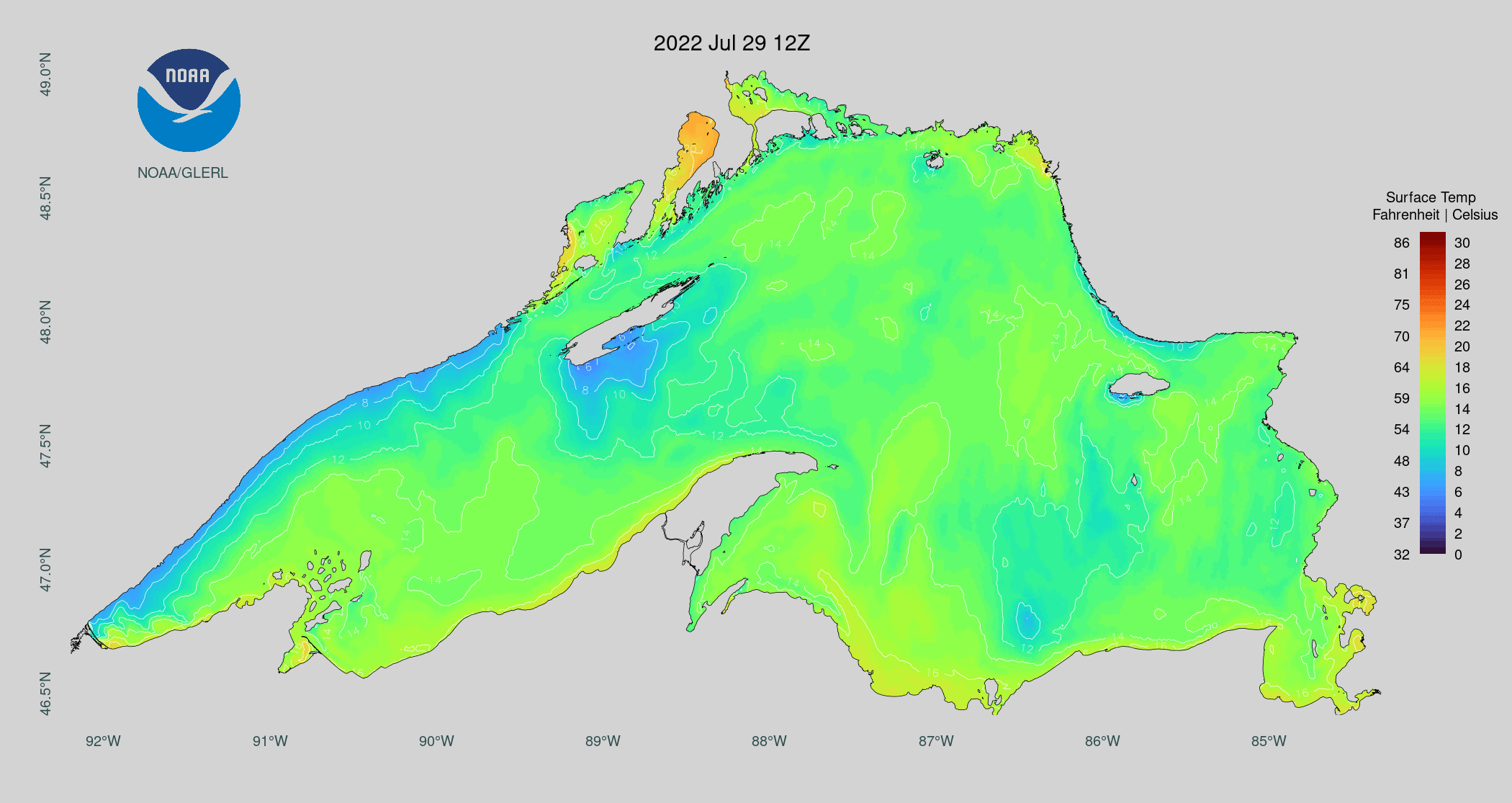 I got this note Friday from Jay Austin, with the Large Lakes Observatory at the University of Minnesota Duluth.

Just heard your piece on inland lake temps. Lake Superior is an interesting story this year WRT temperature as well.

The western buoy site (NDBC 45006) only this week reached 39F, the latest it has done so in the last 42 years (the instrumental record); the other two sites (central (45001) and eastern (45004) Superior) have yet to reach the temperature where the lake can start to form a layer of warm water (39F).

This point is being reached about a month later than it does on average. The western site is 25F colder right now than it was at this time last year! This is due in part to the fact that we had a relatively icy winter; what intrigues me is that this winter was nowhere near as severe as 2013-2014, but the overturn date this year will be later than it was in 2014.

Why is the North Shore so cold? Upwelling

So why is the western side of Lake Superior along the North Shore so cold right now? One reason is that persistent westerly winds have been pushing warmer surface waters away from shore. That causes colder water from the depths of the huge lake to rise along the North Shore. It’s a process called upwelling.

The Duluth NWS office has a good explainer.

But there may be more to it according to Jay Austin. And they are hoping to get more data next week from sensors in the lake.

Our spectacular Minnesota lakes offer us a welcome respite on hot summer days. Water temperatures on inland lakes are nearing seasonal peaks as we move into early August. Typically lakes around the Twin Cities peak at around 80 degrees in early August.

It should be noted that inland lake water temperatures in the top couple of feet are often significantly warmer than water 3-6 feet below the surface. Jumping into lakes, especially in northern Minnesota can be a bracing experience when you hit the water a few feet down as your body hits the thermocline region where water temperatures fall quickly with depth.

I expect water temperatures will peak on many Minnesota lakes next week as our next heat event moves in.

Next week looks like it could challenge for the hottest week of summer overall. Minnesota will ride the northern end of an intense heat wave.

Temperatures over 100 degrees are likely next week across Kansas, Nebraska, Iowa, and South Dakota. Bank thermometers in western Minnesota towns like Madison and Appleton could flash 100 degrees by next Tuesday.

To see the original post and read more weather updates, follow this link to the MPR News Updraft blog. https://www.mprnews.org/story/2022/07/29/lake-superior-near-record-cold-for-late-july-inland-lakes-n...