When disaster strikes, these Americans may not be ready A new national study shows which Americans are least likely to be prepared to take necessary actions when faced with disasters such as hurricanes, floods and wildfires.

Researchers found that households led by women, those with children under age 18, renters, those of low socioeconomic status, African Americans and Asians were all less likely than others to be at least minimally prepared for disasters.

People in these groups need special attention before disasters occur to make sure they have the tools necessary to respond, said Smitha Rao, lead author of the study and assistant professor of social work at The Ohio State University. 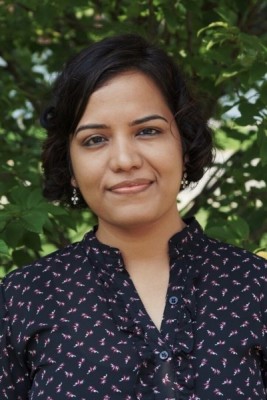 “Focusing on vulnerable groups, understanding their specific barriers, and connecting them to resources within the community are key strategies to ensure no one is left behind when disaster strikes,” Rao said.

The study appears in the July 2022 issue of the International Journal of Disaster Risk Reduction. Other co-authors were Fiona Doherty, a doctoral student in social work at Ohio State, and Samantha Teixeira, associate professor of social work at Boston College.

The researchers used data from the 2018 Federal Emergency Management Agency National Household Survey. The survey involved a nationally representative sample of 4,743 respondents from across the country who were asked a variety of questions about their preparedness for disasters.

The issue is becoming increasingly crucial in the United States, Rao said.

“For many Americans, it is not a question of if you’re going to be impacted by a disaster, but when,” she said.

For the new study, Rao and her colleagues considered people ‘minimally prepared’ if they had the most essential elements necessary for immediate evacuation or sheltering in place for three days.  These included emergency funds, access to supplies to get through three days without power or running water, and access to transportation.

“It really is just the minimum.  We should all have a ‘go bag’ with non-perishable foods, important medications, a flashlight and some emergency cash,” she said.

In addition to looking at the preparation status of socially vulnerable groups, the researchers also examined socio-cognitive factors that could be associated with preparedness.

Results showed that a belief in the usefulness of preparing for disasters was associated with being at least adequately prepared.

Those who had less confidence in their personal ability to act in the face of an emergency were less likely to be minimally prepared.

“Confidence was an important aspect of being prepared. We can’t tell for sure from these data, but part of this may be how much confidence they have that government institutions will help them when necessary,” Rao said.

“Socially vulnerable groups that we found were less likely to be minimally prepared may also lack confidence in institutions that are supposed to help during disasters.”

It was no surprise that lower socioeconomic groups were less likely to be prepared for disasters, she said.

Those who are struggling to meet day-to-day needs often don’t have the ability and resources to plan for everyday events, let alone for disasters, Rao said.

But the findings showed that even a slight jump from the lowest income group was associated with a higher readiness score in the study’s sample.

Another key finding was that those survey participants who had received information related to disaster preparedness within the last six months were more likely to be prepared.

“But more than half of the sample – 56% - reported not receiving any information on preparedness in the past six months, so this is an important area of intervention,” Rao said.

Overall, the results suggest that social workers and other health and helping professionals should work specifically with the groups identified in this study to help them become prepared before disasters occur.

“Disasters don’t affect everyone evenly,” Rao said. “We need to find ways to help those who are most at risk of the consequences of disasters.”

To see the original report and read related stories, follow this link to the OSU News website. https://news.osu.edu/when-disaster-strikes-these-americans-may-not-be-ready/