Photo: An Ontario fire rangers crew crouches while a helicopter departs having unloaded the crew and their equipment for a mock fire training exercise testing the team’s initial attack firefighting skills at a location north of Dryden last month. (Submitted by Chris Marchand/AFFES)

One year after an intense wildfire season in Ontario that had a total of almost 1,000 fires that scorched a record-breaking land area, this summer has started out much differently.

This year, through mid-July, there have been just over 120 forest fires in the province — with about 30 of those in the northwest. The average fire in the region has been less than one hectare in size, accounting for a small fraction of what was consumed in 2021.

The figures so far this year are also well below the 10-year averages.

Provincial fire information officer Chris Marchand said it has been "quite a slow season" in the northwest.

"When you compare our present situation with numbers from this time last year where we were moving toward the peak of a record-breaking season, we find ourselves at less than one per cent of the total area burned from last year," Marchand said.

Marchand said steady rainfall has meant the region doesn't have the same drought-like conditions as were present last year, which has likely kept lightning strikes from storms in recent weeks from igniting fires.

A late snow melt and wet spring kept April and May quiet, he added.

In July 2021, there were frequent days with as many or more than 100 active fires burning at a time, with as many as 150 burning toward the end of that month. 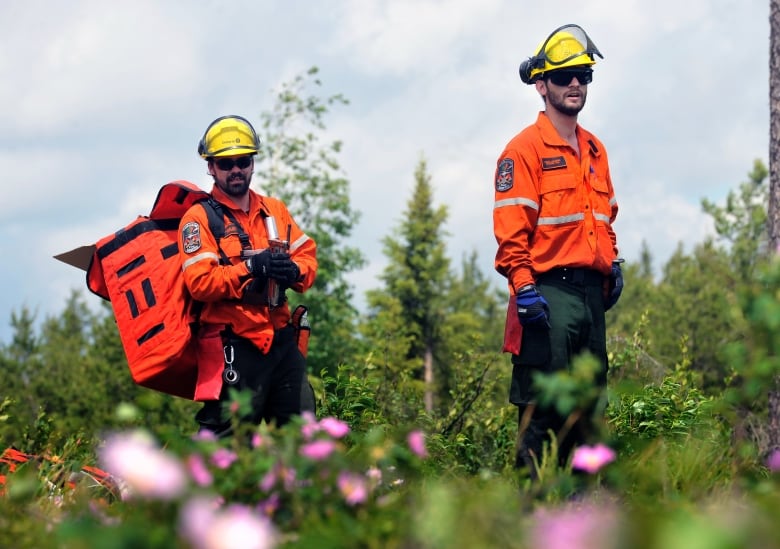 Marchand said the slower season has allowed crews to be deployed to assist with other efforts, with staff sent to Yukon last week as the territory battles wildfires. Personnel have also helped with flooding mitigation efforts in the northwest, and others assisted with storm cleanup in the Ottawa area this spring.

It's also allowing personnel to catch up on training exercises, he added.

"Crews have been participating in mock fire scenarios that are seeing them graded on every aspect of operational skill, equipment knowledge, safety practices and communication within their team," he said.

"There's also a lot of training going on with municipal and rural fire teams with whom we often interact on incidents. This is a really good chance to share knowledge and get to know each other's roles."

Marchand said the reduced COVID-19 restrictions have also allowed outreach staff to start appearing at community events to talk about fire prevention and offering tips to property owners on how they can reduce wildfire hazards.

Even though there haven't been many fires to this point, Marchand cautioned that people still need to be careful.

"There are pockets of high hazard out there where the potential exists for fires. Our situation could certainly turn around," he said. "There's plenty of potential to see more fire activity on the landscape should the weather trend towards hot, dry and windy weather conditions."