The COVID-19 pandemic has generated mind-numbing statistics over the past two years: half a billion cases, 6 million deaths, 1 million in the U.S. alone. But another, less-publicized global scourge preceded it and is likely to outlast it: traffic deaths and injuries.

Around 1.35 million people die each year on the world’s roads, and another 20 million to 50 million are seriously injured. Half of these deaths and many of the injuries involve pedestrians, cyclists and motorcyclists – the most vulnerable users of roads and streets.

Around the world, someone dies from a road accident every 25 seconds. The head of the United Nations Road Safety Fund has called road deaths and injuries a “silent epidemic on wheels”.

I have studied cities and urban policy for many years, including transportationand road safety. In my view, making transportation systems safer is feasible and isn’t rocket science. The key is for governments to prioritize safer roads, speeds and vehicles, and to promote policies such as traffic calming that are known to reduce the risk of crashes.

It may seem like hyperbole to talk about road deaths as equivalent to pandemic diseases, but the numbers make the case. Road fatalities are now the top cause of death for children and young adults worldwide between the ages of 5 and 29, and the seventh-leading cause of death overall in low-income countries.

Crashes cause serious economic harm to victims and their families, as well as to the broader society. A 2019 study estimated that between 2015 and 2030, road injuries will cost the global economy almost $1.8 trillion.

Because death and injury rates are highest in low- and middle-income countries, dangerous roads add to the costs of being poor and are a major inhibitor of economic growth. That is why one of the U.N.‘s Sustainable Development Goals is to halve the number of global deaths and injuries from traffic incidents by 2030.

There is considerable variation in traffic fatality rates worldwide. Road traffic death rates range from 27 per 100,000 population in Africa to only 7 per 100,000 in Europe.

Richer nations have had mass automobile traffic longer than lower-income countries, so they have had more time to develop strategies and tactics to reduce accidents and fatalities. For example, in 1937 – in an era when traffic death in the streets of cities like New York was considered a routine part of metropolitan life – the U.S. road death rate was 31 per 100,000. That’s about the same as today’s rate in the Democratic Republic of the Congo.

Lower-income countries tend to have vehicles that are less safe; poorer roads; more vulnerable road users, such as pedestrians and cyclists, sharing urban space with vehicles; and poorer medical care, which means injury can more easily lead to death. These nations also have less ability to introduce or enforce traffic laws. 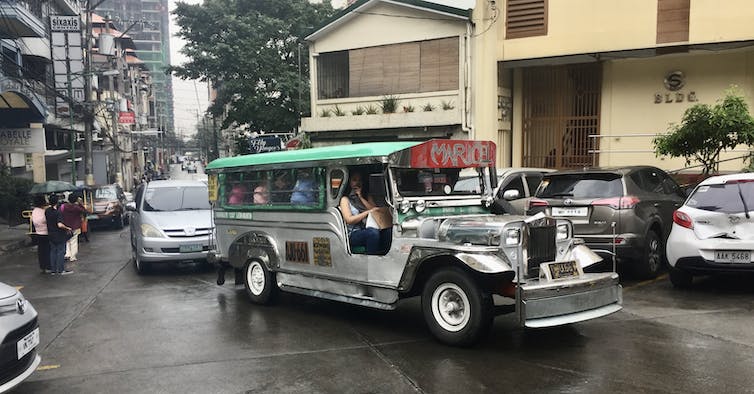 For example, in 2021 in the Democratic Republic of the Congo, a fuel truck collided with a crowded bus 110 miles outside the capital of Kinshasa, killing 33 people. Deadly road incidents are frequent in the DRC, where the roads are poor, there are many unsafe older vehicles, many drivers are not properly trained and drinking and driving is common.

For many middle-income countries, the challenge is a very rapid increase in vehicular traffic as the population becomes more urban and more people earn enough money to buy motorcycles and cars. This quick rise can overwhelm the carrying capacity of urban roads.

In the US, less regulation and more deaths

There also are differences among richer countries. In 1994, Europe and the United States had the same traffic death rates, but by 2020 Americans were over three times more likely to die on the road than Europeans.

Today, 12 people are killed in traffic per 100,000 annually in the U.S., compared to 4 per 100,000 in the Netherlands and Germany, and only 2 per 100,000 in Norway. The difference reflects more aggressive programs across Europe to reduce speeds, greater investment in mass transit and stricter drunk driving enforcement.

The U.S. doesn’t just lag behind other rich countries in promoting road safety. In recent years, traffic deaths in the U.S. have increased. After a gradual reduction over 50 years, fatalities soared to a 16-year high in 2021 when almost 43,000 people died. Pedestrian deaths hit a 40-year high at 7,500.

What caused this surge in deaths? Roads were less busy during COVID-19 lockdowns, but proportionately more people engaged in riskier behaviors, including speeding, drinking and driving, distracted driving and not using seat belts.

Cyclist and pedestrian traffic deaths were rising even before the pandemic, as cities encouraged walking and biking without providing adequate infrastructure. Painting a white line on a busy street is not a substitute for providing a fully protected, designated bicycle lane.

Two narratives often cloud discussions of traffic fatalities. First, calling these events “accidents” normalizes what I view as a slaughter of innocents. It is part of the cult of automobility and the primacy that the U.S. affords to fast-moving vehicular traffic.

Automobility has created a special form of space – roads and highways – where deaths and injuries are considered “accidents.” In my view, this is an extreme form of environmental injustice. Historically disadvantaged groups and poorer communities are overrepresented in traffic deaths and injuries.

People do take too many risks. In recent years, AAA’s annual traffic safety culture survey has found that a majority of drivers view unsafe driving behaviors, such as texting while driving or speeding on highways, as extremely or very dangerous. But significant numbers of drivers report engaging in those behaviors anyway.

But as urban studies expert David Zipper has pointed out, a persistent myth often cited by government agencies and the media asserts that 94% of accidents in the U.S. are caused by individual drivers. This bloated figure has successfully shifted responsibility away from other factors such as car design, traffic infrastructure and the need for more effective public policies.

Governments have the tools

As I see it, road traffic deaths and injuries are not accidents. They are incidents that can be prevented and reduced. Doing that will require governments and urban planners to reimagine transportation systems not just for speed and efficiency, but also for safety and livability.

That will mean protecting motorcyclists, bicyclists and pedestrians from vehicular traffic and reducing traffic speed on urban roads. It also will require better road design, enforcement of traffic laws that make the roads safer, and more effective and enforceable measures that promote safety devices like seat belts, child restraints, and helmets for bikers and motorcyclists.

Unlike the COVID-19 pandemic, making streets safer doesn’t require designing new solutions in laboratories. What’s needed is the will to apply tools that have been shown to work.

To see the original article and read related reporting, follow this link to The Conversation website. https://theconversation.com/deaths-and-injuries-in-road-crashes-are-a-silent-epidemic-on-wheels-1827...