Buckle up anywhere west of the Twin Cities Friday.

Our inbound Alberta clipper looks feisty. I give this storm a 7 on a scale of 1 to 10 for snow and wind potential Friday anywhere west of the Twin Cities.

* IMPACTS...Travel could be very difficult. Patchy blowing snow could significantly reduce visibility. The hazardous conditions could impact the morning or evening commute.

Winter weather advisories include the southwest half of the Twin Cities. We could literally see a snowfall gradient from zero to 1 inch far northeast, to 5 or 6 inches in the far southwest Twin Cities.

* IMPACTS...Plan on slippery road conditions. The hazardous conditions could impact the morning or evening commute.

Snowfall is on track to increase from the Red River valley into western Minnesota in the wee hours after midnight Friday. Light snow likely pushes into the Twin Cities between about 6 a.m. and 9 a.m. Friday morning.

Notice how the northeast Twin Cities is literally on the edge of the snow: 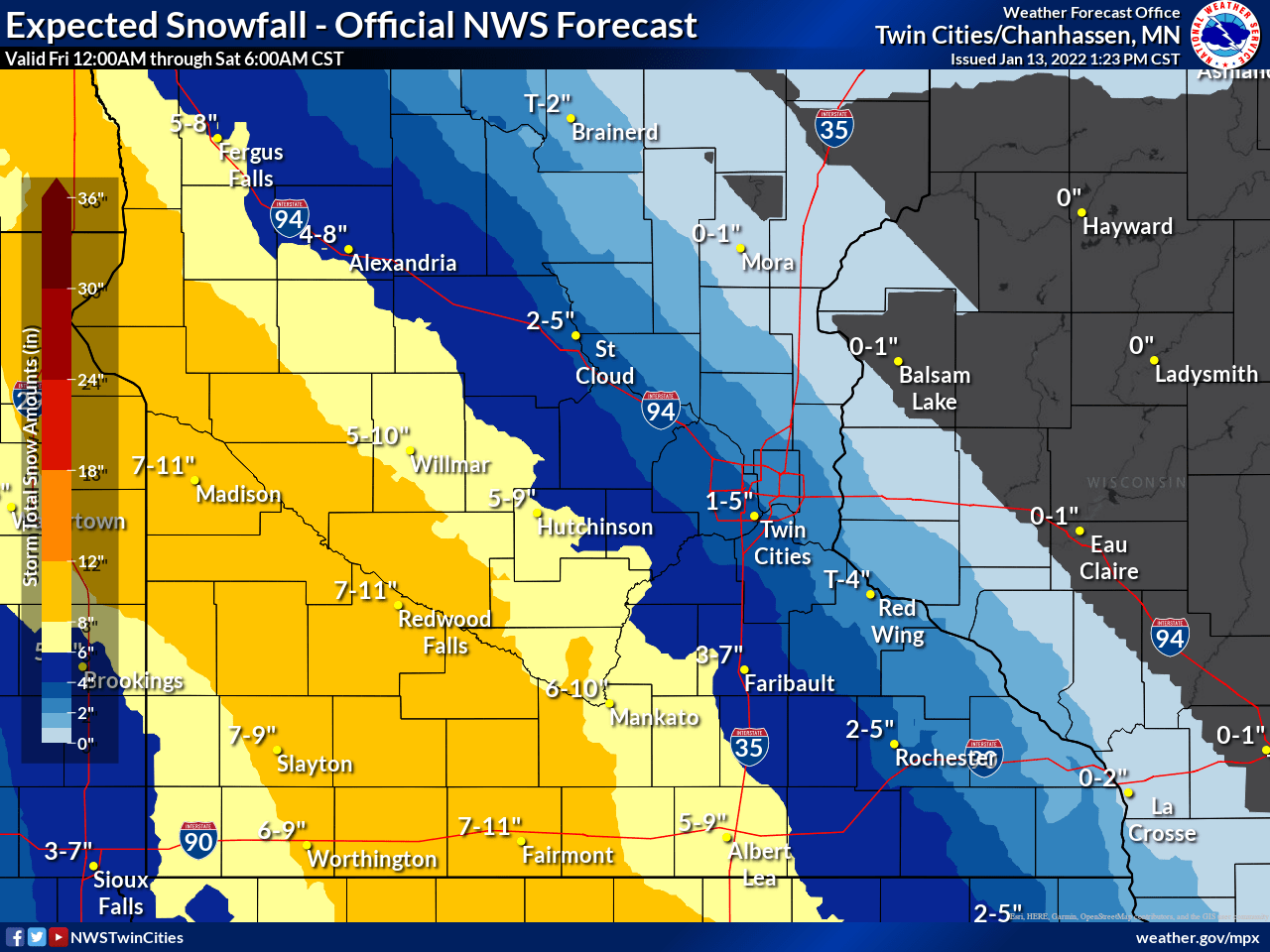 Factor in snow and wind to your Friday travel plans. Travel will be increasingly difficult as you move west and south of the Twin Cities.