A winter storm poised to track directly over Minnesota Tuesday will bring areas of heavy snow, high winds and much colder temperatures behind it.

In the warmer part of an incoming storm, Minnesota is off to a relatively quiet and mild start Tuesday. Morning temperatures range from single-digits north to 20s south, with even a few 30s southwest. This is about 10 to 20 degrees above average for a January morning.

Above average temperatures continue throughout the day, with afternoon highs in the teens north to 30s south. 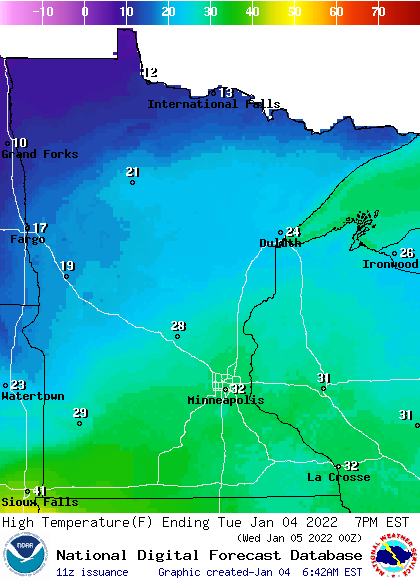 As of 7 a.m. Tuesday, the low pressure center of the incoming storm is sitting just west of the border in South Dakota. 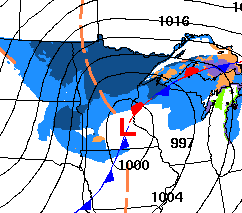 That low will start moving across southern Minnesota by the afternoon, and clear east of the state by late Tuesday.

The trajectory of the storm will initially bring some light snow into northern Minnesota by the afternoon, then throughout the rest of the state by the evening. Snowfall will be most persistent during the later evening and overnight hours, then wind down on Wednesday.

Total snowfall through Wednesday is forecast to vary from trace amounts south to a few spots with 5 or 6 inches north. 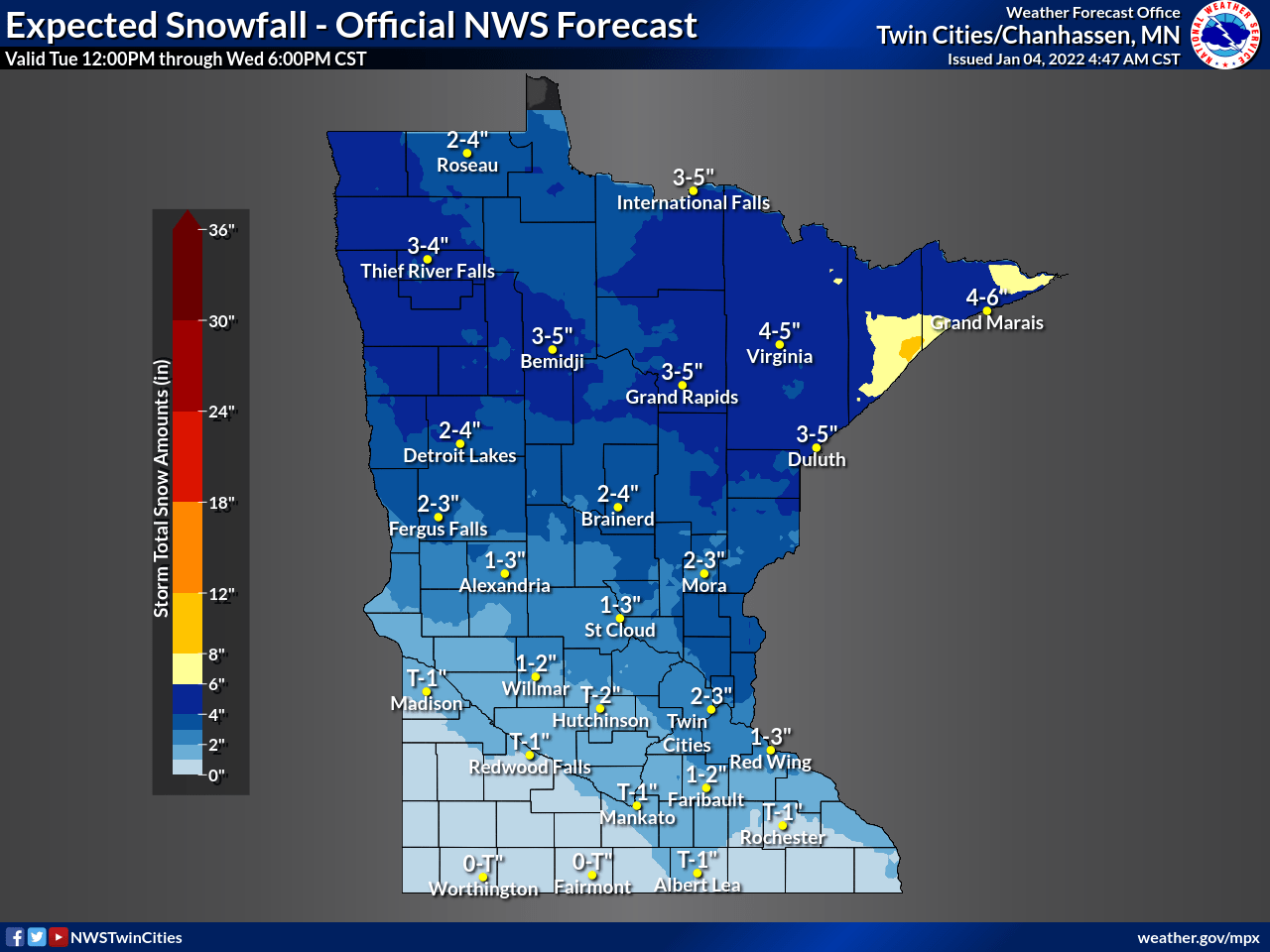 As the storm passes, there are very high winds behind it and gusts in southern Minnesota could top 40 mph late Tuesday into Wednesday.

Because of the combination of snow, wind and reduced visibility from blowing snow, all of Minnesota is under a winter weather advisory by Tuesday evening.

The system also draws much colder air in behind it, with falling temperatures Wednesday leading to another sub-zero day Thursday.