The U.S. land border is open for Canadians. Here's what you need to know U.S. Customs and Border Protection warns there could be long lineups at the border on Monday, as the U.S. reopens its land border to fully vaccinated travellers. The border crossing closed 19 months ago due to the COVID-19 pandemic. Photo: Elaine Thompson/The Associated Press
By Sophia Harris · CBC News · Thunder Bay - November 8, 2021

It's a day many Canadians have been waiting for: When the clock struck midnight on Monday, the U.S. land border reopened to fully vaccinated Canadian travellers following a 19-month shutdown.

The United States has kept its shared land border with Canada closed to non-essential travel since the start of the COVID-19 pandemic in March 2020.

But on Monday, the U.S. started welcoming back recreational travellers by land and passenger ferry — as long as those aged 18 and older are fully vaccinated against COVID-19. Younger travellers are exempt from the requirement.

Here's everything you need to know about travelling to the U.S. — and returning home.

U.S. Customs and Border Protection (CBP) says its border crossings will be staffed at pre-pandemic levels starting on Monday, but it warns there could be longer-than-normal wait times.

"For travellers making the trip to the United States, we ask for patience with our officers," said Matthew Davies, the executive director, admissibility and passenger programs, with CBP. "To help reduce wait times and long lines, we encourage travellers to have the correct documentation ready."

"We are going to ask you if you are fully vaccinated," said Jeffrey Toth, program manager with the CBP's Buffalo, N.Y., division. "You may be asked to provide proof." 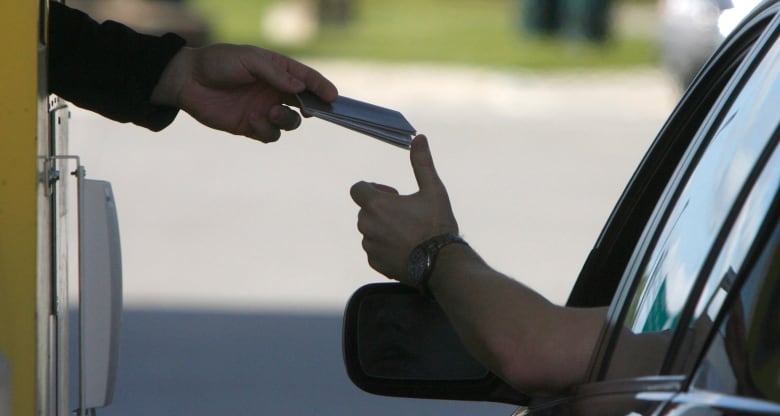 Starting on Monday, Canadians crossing into the United States by land may be required to show proof they're fully vaccinated. Unlike air travellers, they won't have to show proof of a negative COVID-19 test. Photo: Toby Talbot/The Associated Press

U.S. immigration lawyer Len Saunders questions why the U.S. has chosen not to automatically check all travellers' vaccine documents.

"I think [it's] ripe for abuse," said Saunders, whose office sits close to the Canadian border in Blaine, Wash. "If they're requiring people to be vaccinated, how hard is it to require someone to show their vaccination card?"

CBC News asked CBP why vaccination checks would only be sporadic. The agency didn't directly respond to the question and instead said travellers' vaccine documents will be checked if they're pegged for further inspection.

If an officer discovers a traveller has no proof of vaccination, they will be denied entry to the U.S., the agency said.

In March 2020, Canada and the U.S. agreed to close their shared land border to non-essential travel to help stop the spread of COVID-19.

It was widely assumed that when the time was right, the two countries would announce a joint reopening of the land border. But that didn't happen.

Instead, Canada reopened its land border to fully vaccinated Americans on Aug. 9, 2021, while the U.S. remained silent on its border plans. That sparked anger and frustration among Canadians eager to drive to the U.S.

So when the U.S. announced last month it would reopen its land border on Nov. 8, many Canadians — including snowbirds and people in cross-border relationships — immediately started making plans. 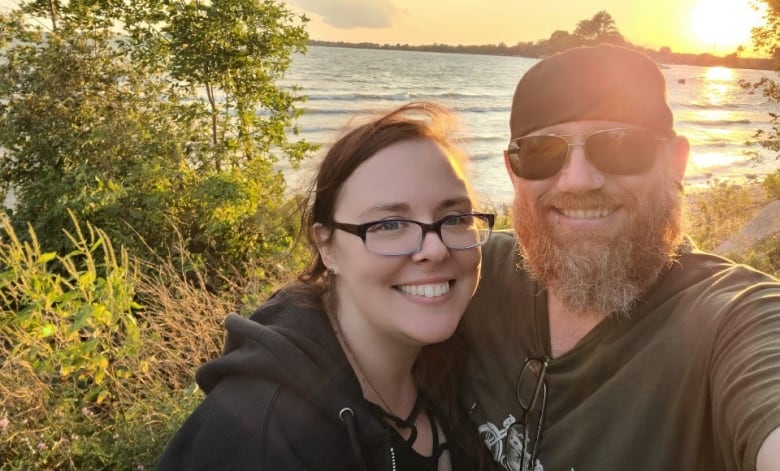 Jeremy Lessard of Welland, Ont., is excited to be able to once again drive to the home of his fiancée, Tracy Czwojdak, in Buffalo, N.Y., about 40 kilometres away. He plans to drive to Buffalo on Nov. 25, so the two can celebrate American Thanksgiving. Photo: Submitted by Jeremy Lessard

"It's very exciting," said Jeremy Lessard of Welland, Ont. His fiancée, Tracy Czwojdak, lives in Buffalo, about 40 kilometres from Lessard's home. But due to the land border closure, he hasn't been able to make the 40-minute drive to Czwojdak's house for 19 months.

Now that the border is open, Lessard plans to drive to Buffalo on Nov. 25, so he can celebrate American Thanksgiving with his fiancée.

"It's just that little ray of light in an otherwise dark couple of years," he said. "I'm very much looking forward to being able to get back to some normalcy."

When returning to Canada, all recreational travellers over the age of four must provide proof of a negative COVID-19 test taken within 72 hours of their return flight or planned arrival at the land border.

Canada will only accept a molecular test — such as a PCR test — which can cost hundreds of dollars.

Travellers crossing into the U.S. for short trips are allowed to take their molecular test in Canada and then use it upon their return — as long as it's less than 72 hours old.

But travellers will still have to pay for the test, and some say the added fee just isn't worth it.

Faye Chamberlain lives in Stanstead, Que., which shares a border with Vermont. She says that during pre-pandemic times, she used to cross into the U.S. several times a week.

Even though the land border has now reopened, Chamberlain says she won't be returning to the U.S. for short trips."I'm definitely not going to cross for the day, not with having to get a test done, and it's probably going to cost around $200," she said.

"For me ... it's almost pointless," Chamberlain said about the land border reopening.

Canadians who enter Canada without taking the test could be fined up to $5,000. According to the federal government, 1,708 travellers received such a fine.

Since the start of the pandemic, recreational Canadian travellers have been able to fly to the U.S. But starting on Monday, they will face stricter rules.

Canadian air passengers entering the U.S. have been required to show proof of a negative molecular or antigen test no more than three days before their flight's departure.

Children under 18 will be exempt from the proof-of-vaccination requirement, but those between the ages of two and 17 will be required to show proof of a negative COVID-19 test.

To see the original report and watch associated video stories, follow this link to the CBC News website. https://www.cbc.ca/news/business/u-s-land-border-open-vaccinated-1.6233944