Minnesota’s spreading COVID-19 outbreak has been pummeling greater Minnesota for weeks, and hospitals are feeling the impact. For the first time in the pandemic, there are more COVID patients hospitalized in greater Minnesota than in the Twin Cities region.

The pressure is significant. COVID accounts for less than 10 percent of hospitalized patients in the Twin Cities area and in southeastern Minnesota, but that percentage is nearly twice as high or more in much of the rest of the state.

Across Minnesota, 864 people are in hospital beds currently with COVID, including 224 ICU cases, counts higher than in the April surge.

The Health Department’s daily count of known, active cases came in at 21,816 on Wednesday, hovering near its highest point in 2021. The state’s averaged more than 3,000 new cases a day over the last seven reporting days, a level not seen since mid-December. 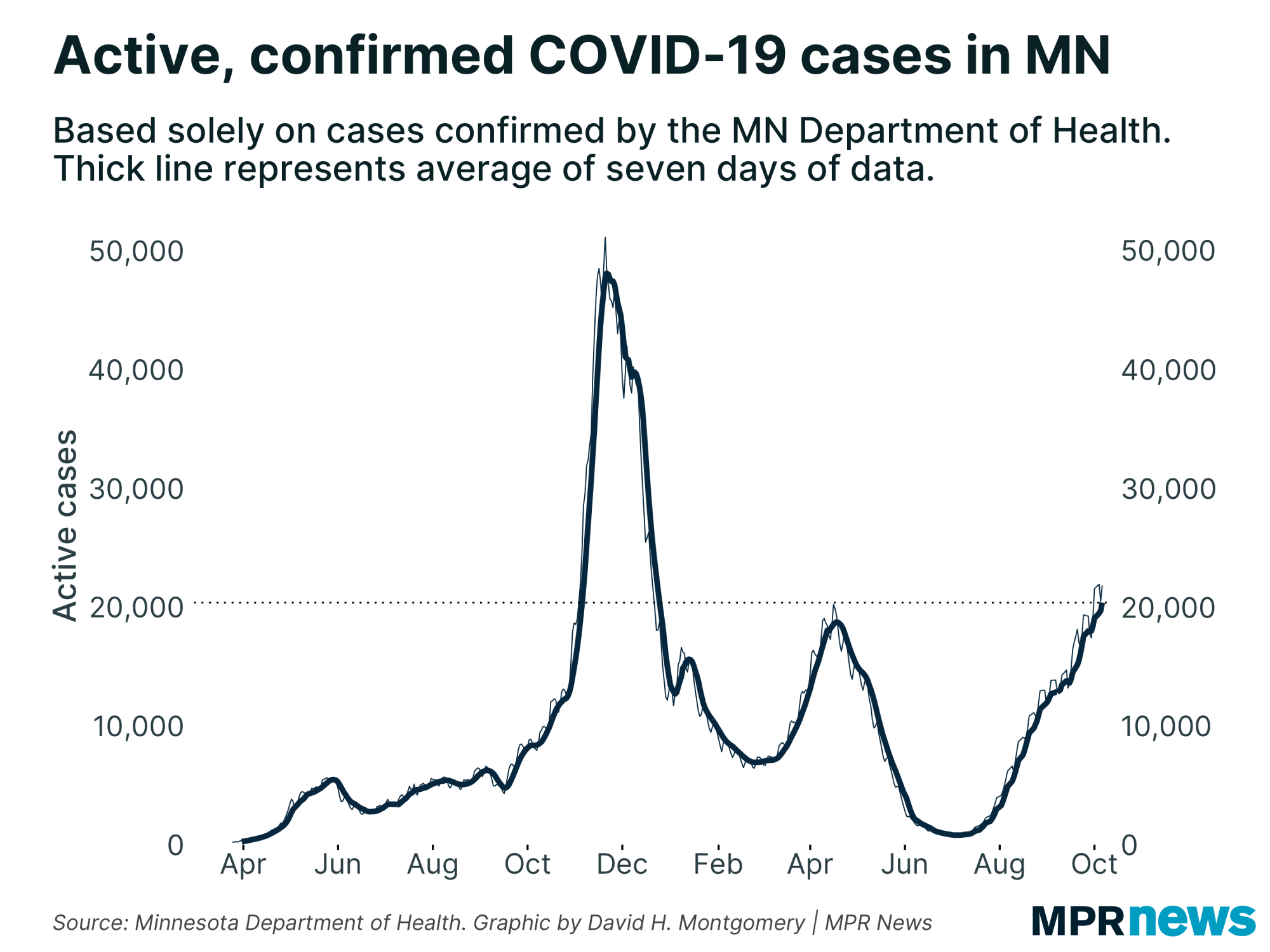 They’re surging in every age group, from the very young to the very old. The disease is still most prevalent among teenagers, but the trend from recent weeks of only growth among kids is no longer true.

The rate of tests coming back positive, which had stayed relatively stable through the spring and early summer, is now showing some upward strength. The seven-day average is running at more than 7 percent, higher than the 5 percent officials find concerning and the highest since January.

While it’s not skyrocketing as it did in the last year’s late-fall wave, it’s not retreating. That’s an indication that the disease’s spread is growing.

The state's death toll stands at 8,243 including 40 deaths newly reported on Wednesday. 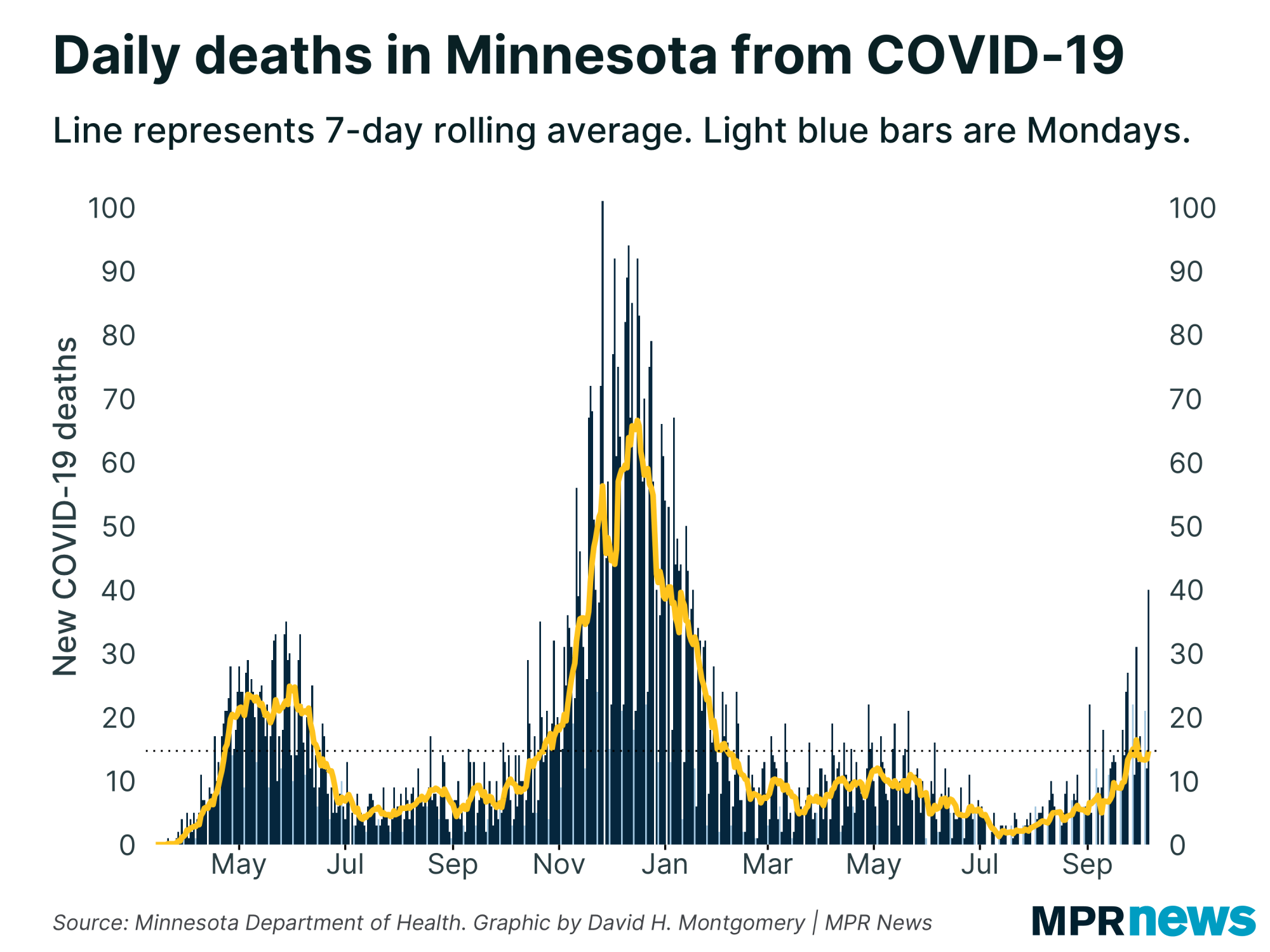 The entire state except for Cook County in the Arrowhead shows a high level of COVID-19 transmission, according to the Centers for Disease Control and Prevention. 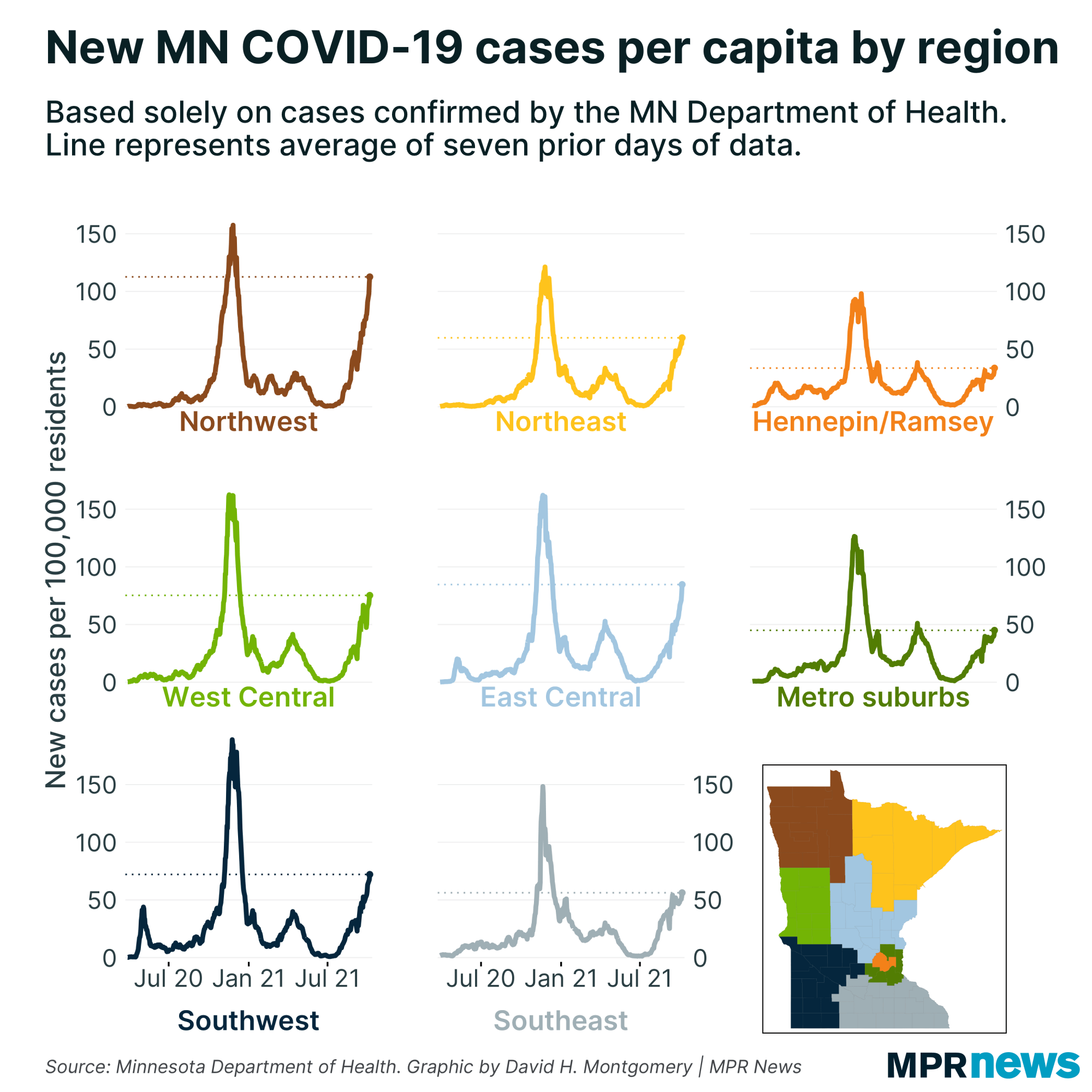 Minnesota remains better positioned now than during its fall and spring spikes. More than 72 percent of state residents age 12 and older have received at least one vaccination shot, with more than two-thirds completely vaccinated.

It remains a slow march, though, to get more Minnesotans vaccinated, and wide gaps remain in the vaccination rates among regions and counties. 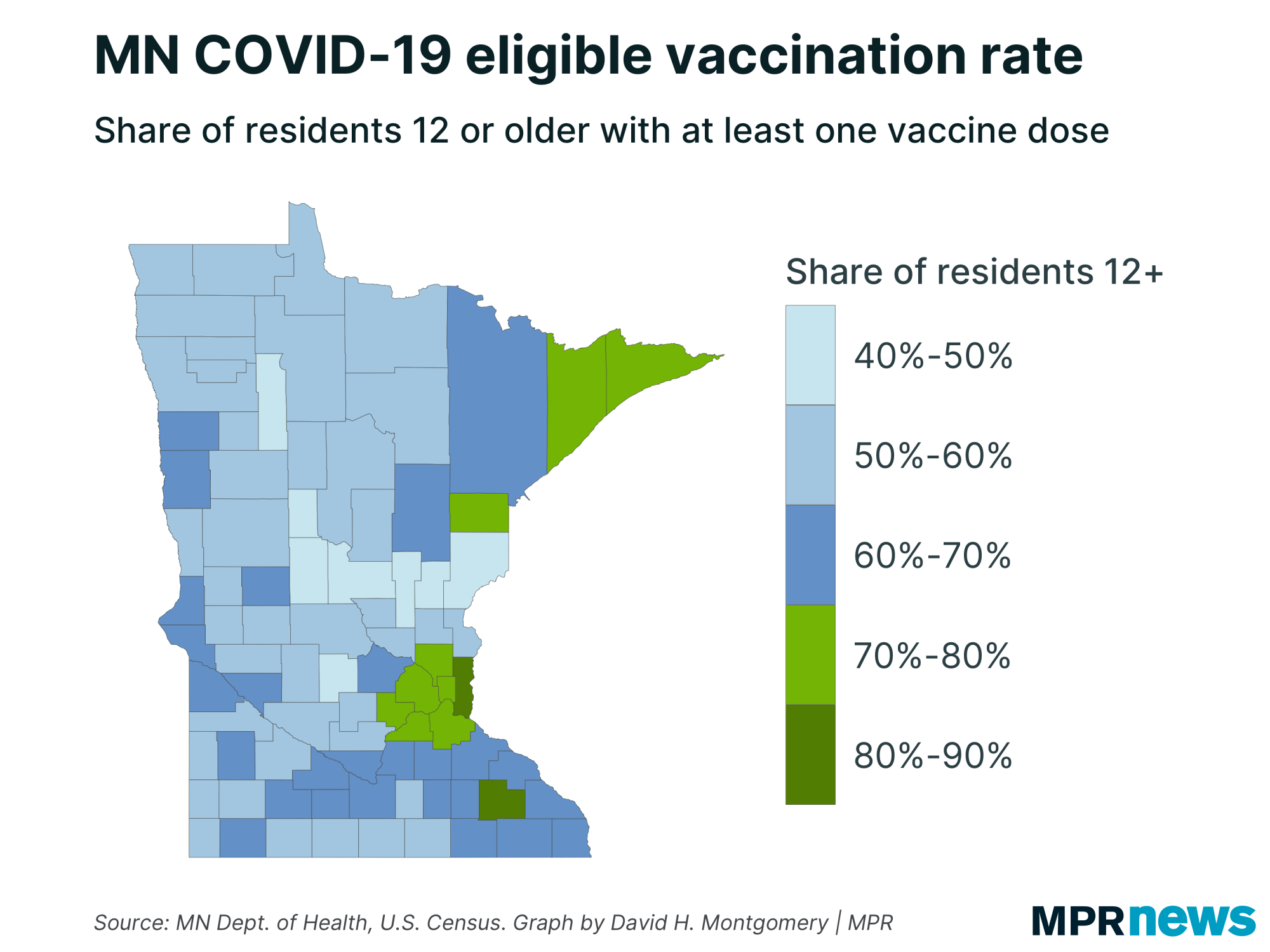 To see the original report and read related stories, follow this link to the MPR News website. https://www.mprnews.org/story/2021/10/06/covid19-in-mn