Minnesota’s newest COVID-19 data shows the disease still firmly entrenched across the state as the calendar turns to October, with case counts now pushing higher than what Minnesota saw during its mid-April wave.

The Health Department’s daily count of known, active cases climbed to 21,547 on Friday, reaching its highest point so far in 2021. The state’s averaged more than 2,500 new cases a day over the last seven reporting days, levels not seen since December. 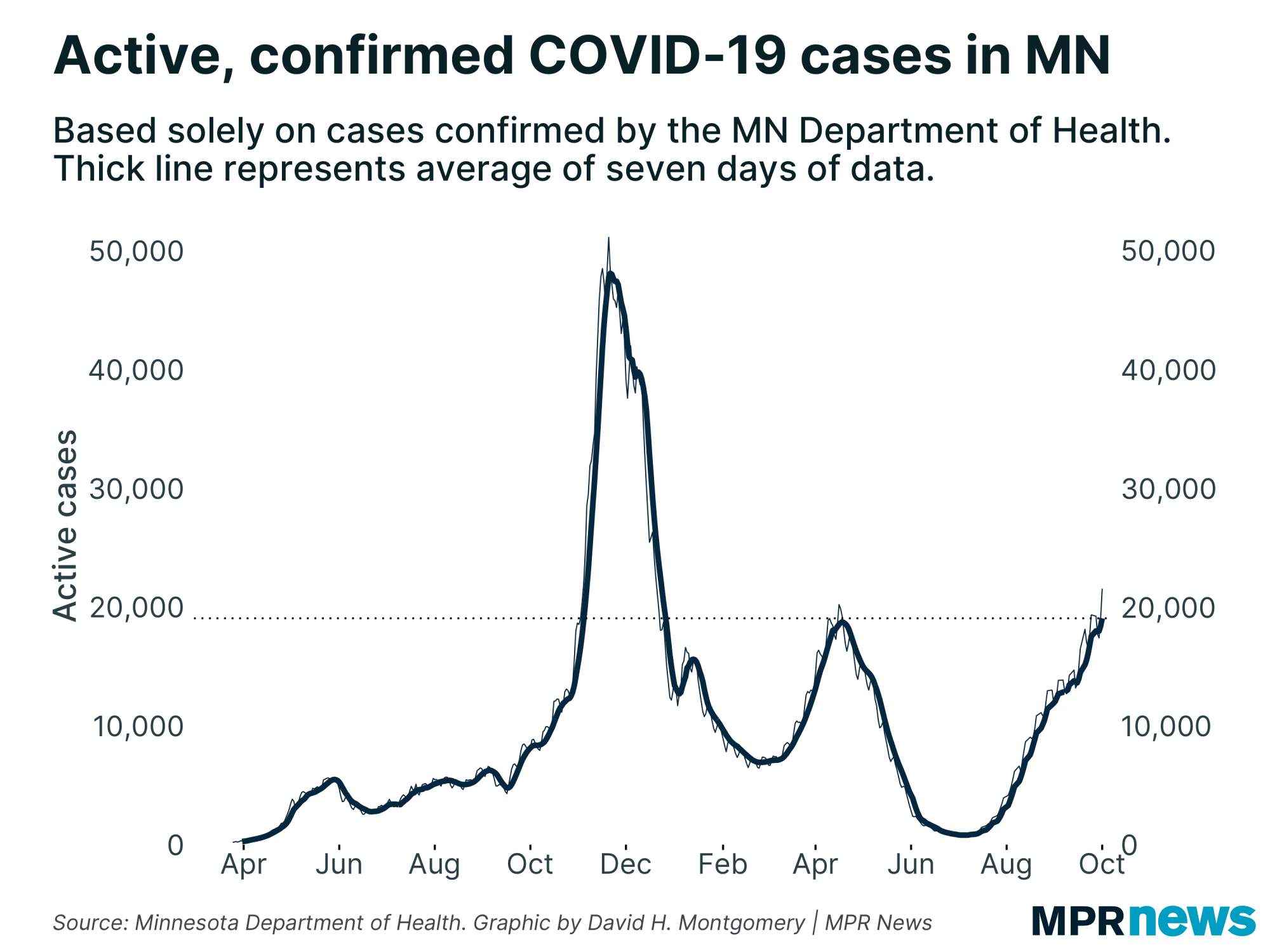 The rate of tests coming back positive still remains relatively stable — the seven-day average is running a little more than 6 percent, higher than the 5 percent officials find concerning but not skyrocketing as it has in other waves.

Cases, however, continue to rise, driven since late summer by the highly contagious delta variant.

Minnesotans younger than 20 continue to drive many of those new caseloads, while 20-somethings — the demographic that’s seen the most total cases during the pandemic — are running at an all-time low share.

The state's death toll stands at 8,170 including 17 deaths newly reported on Friday. 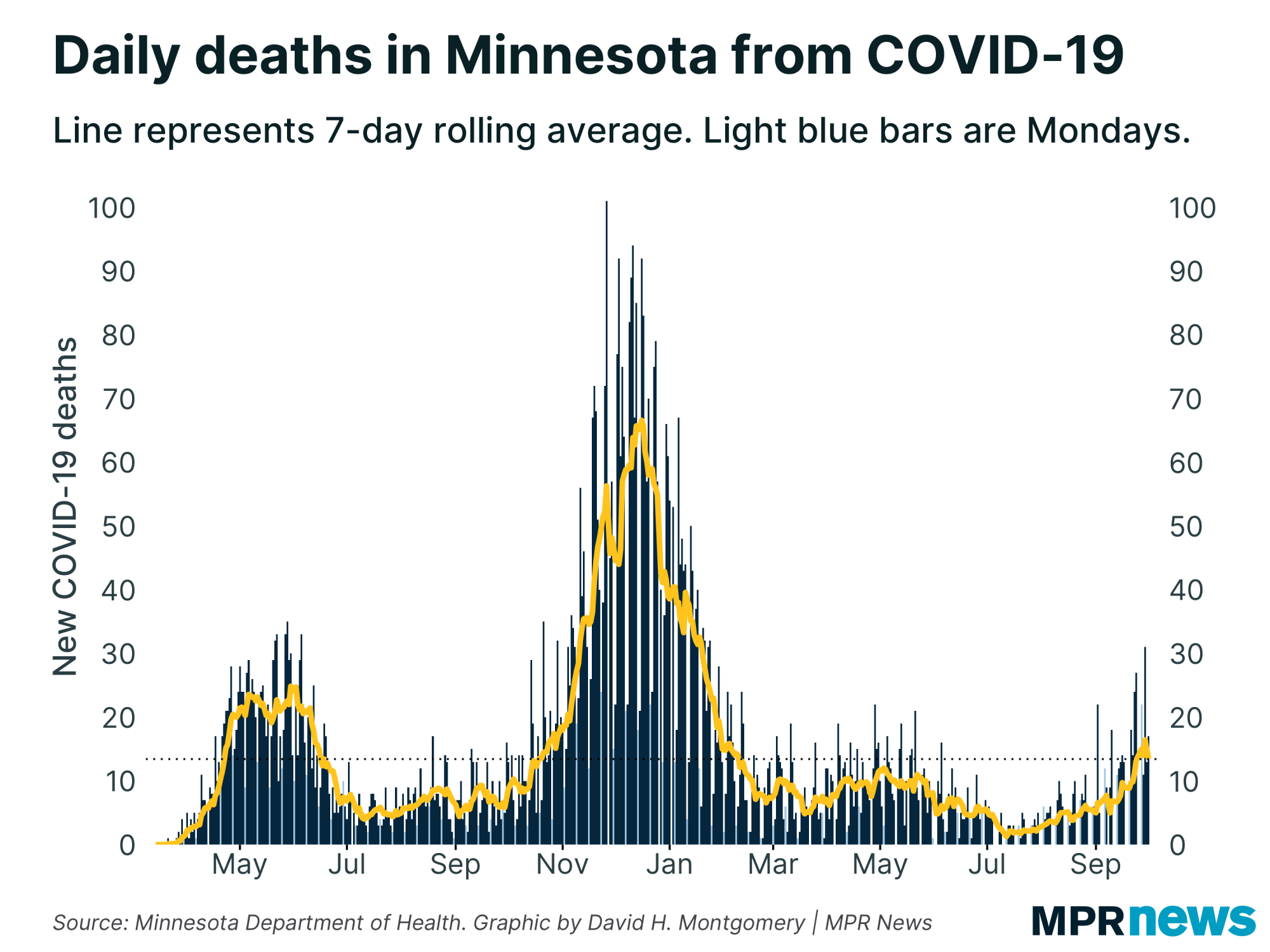 Much of the recent increases are bubbling up from areas of Minnesota outside the Twin Cities region. Cases are surging especially in northwestern Minnesota. 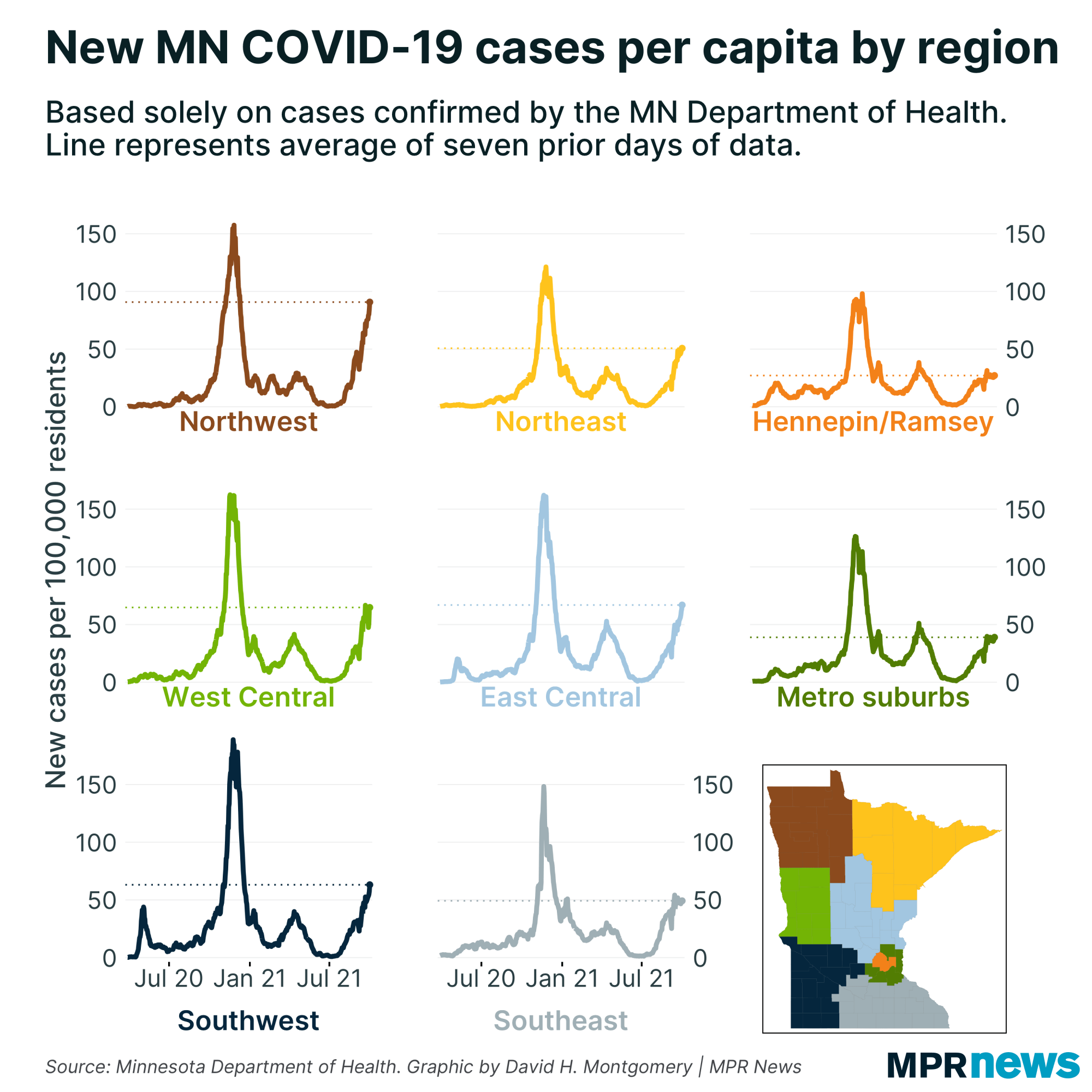 Current hospital and intensive care needs have risen during this summer-fall wave — 799 people are in hospital beds currently with COVID-19, including 202 ICU cases.

ICU cases have ticked down over the past week. Overall, though, hospitalizations are higher than in the April surge. 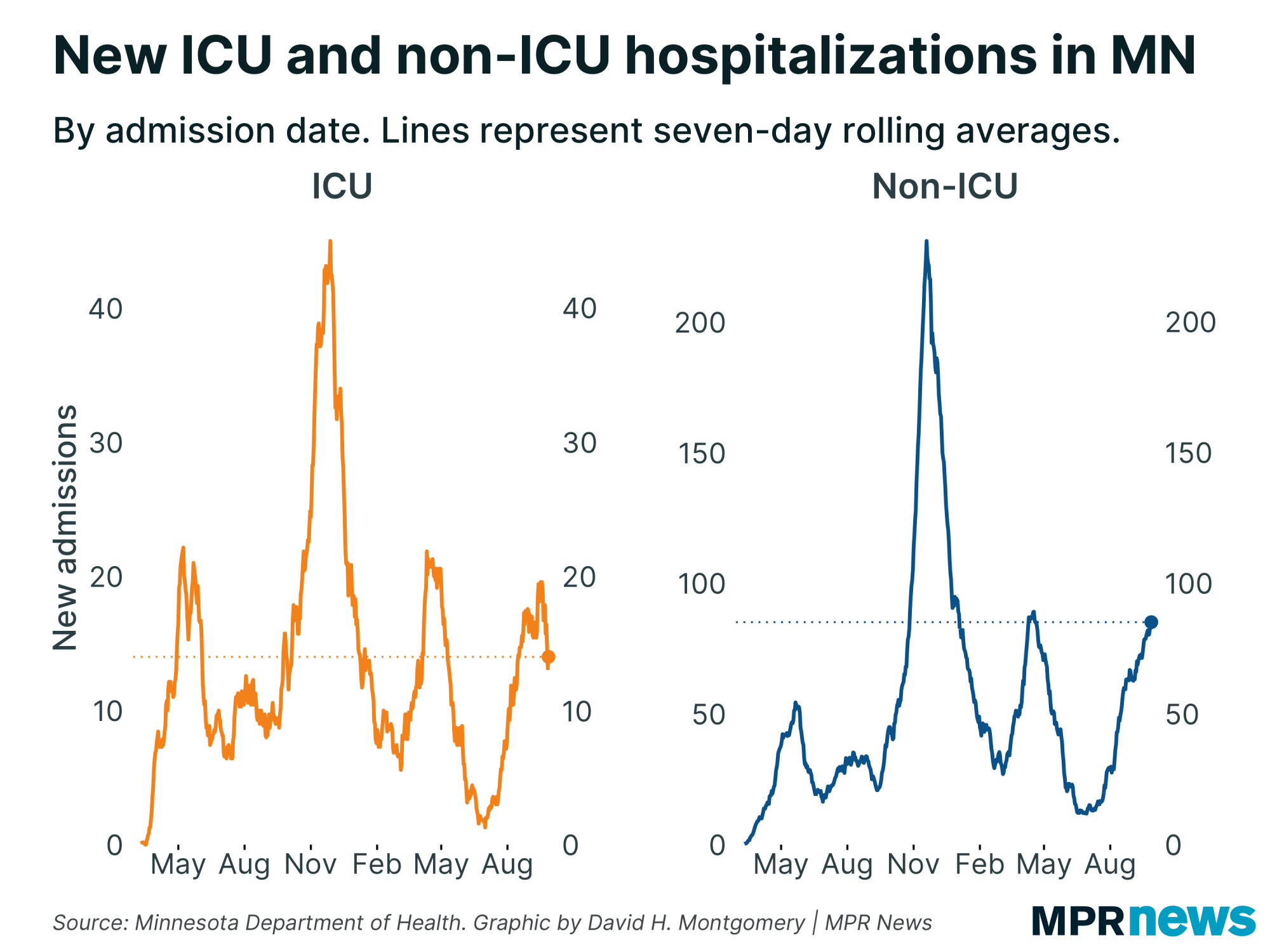 Minnesota remains better positioned now than during its fall and spring spikes. More than 72 percent of state residents age 12 and older have received at least one vaccination shot, with more than two-thirds completely vaccinated.

It remains a slow march, though, to get more Minnesotans vaccinated, and wide gaps remain in the vaccination rates among regions and counties.

To read the original report and related stories, follow this link to the MPR News website.  https://www.mprnews.org/story/2021/10/01/covid19-in-mn
Public Safety