Minnesota continues to reach and pass sad milestones in the COVID-19 pandemic. On Tuesday, officials reported the state’s death toll had topped 8,000. The summer surge lingers with case counts and the burden on Minnesota hospitals similar now to the mid-April wave.

Officials have worried for weeks about a potential surge from the new school year, Labor Day gatherings and the Minnesota State Fair.

While the data is frustrating, the rate of tests coming back positive remains relatively stable — the seven-day average is running just above 6 percent, higher than the 5 percent officials find concerning but not leaping as it has in other waves.

Still, the numbers continue to creep higher. Cases have accelerated through the late summer, driven by the highly contagious delta variant.

Tuesday’s daily count of known, active cases came in at just over 17,000, down slightly from the prior day but still stuck at levels not seen since late April. They’re averaging more than 11,000 over the past reporting week as the disease demonstrates its resilience. 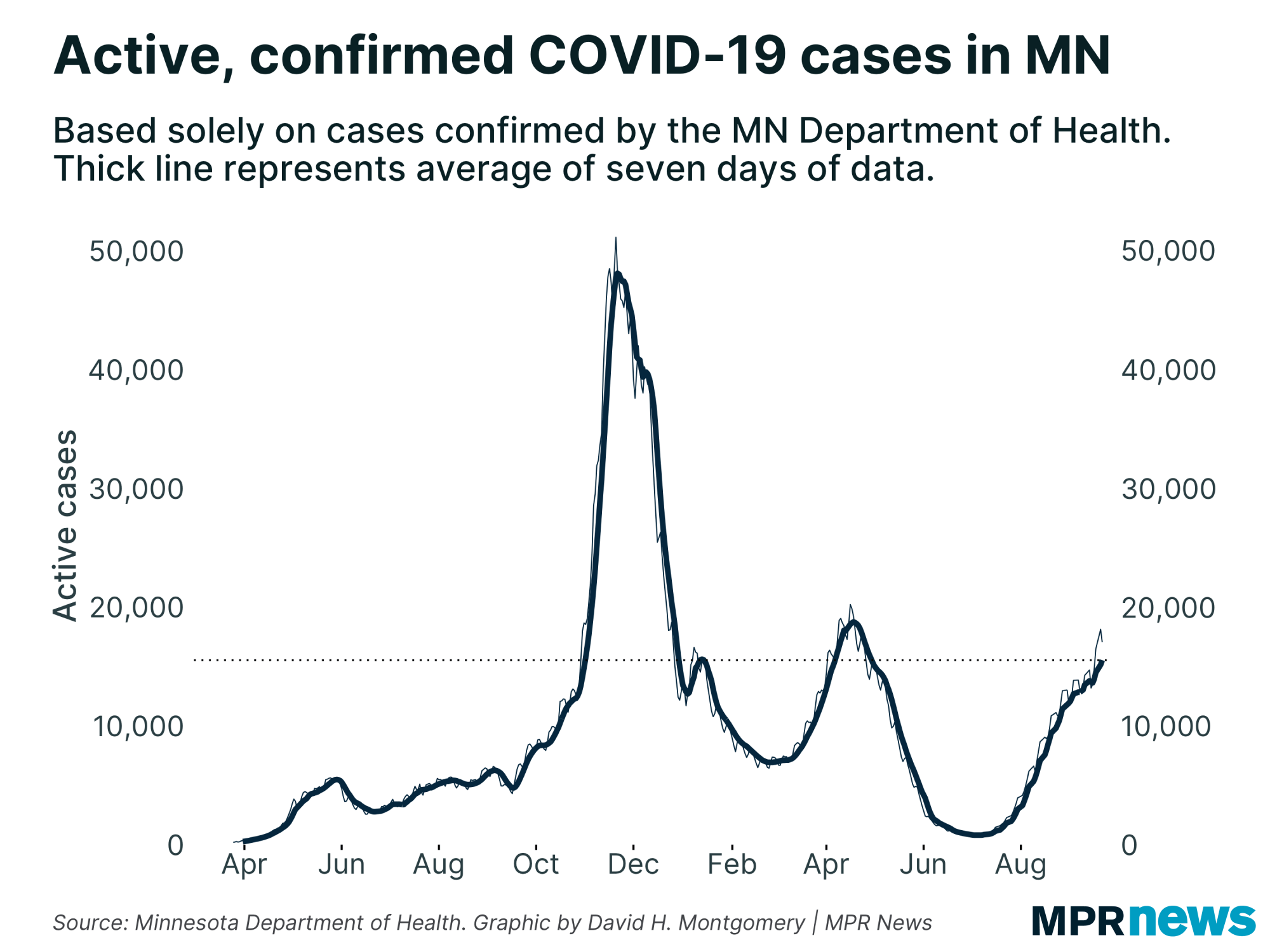 The state's death toll stands at 8,011, with nearly 500 of the total reported in the last three months.

Current hospital and intensive care needs have risen during this summer wave — 791 people are in hospital beds currently with COVID-19, including 222 ICU cases, higher than in the April surge. 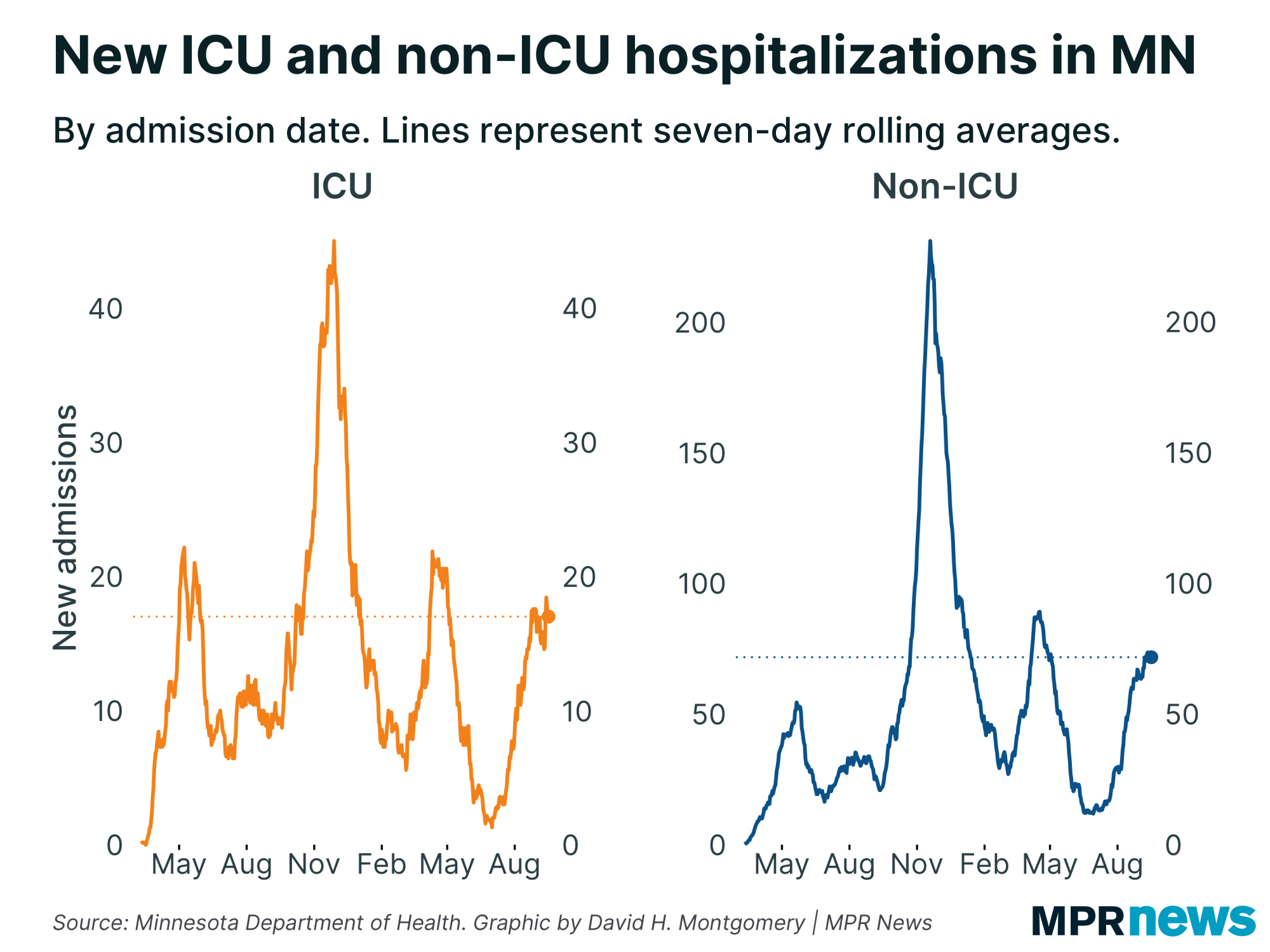 Minnesota remains better positioned now than during the fall and spring spikes. Nearly 72 percent of state residents age 12 and older have received at least one vaccination shot, and more than two-thirds of that population are completely vaccinated.

It remains a slog, though, to get more Minnesotans vaccinated, and wide gaps remain in the vaccination rates among regions and counties. 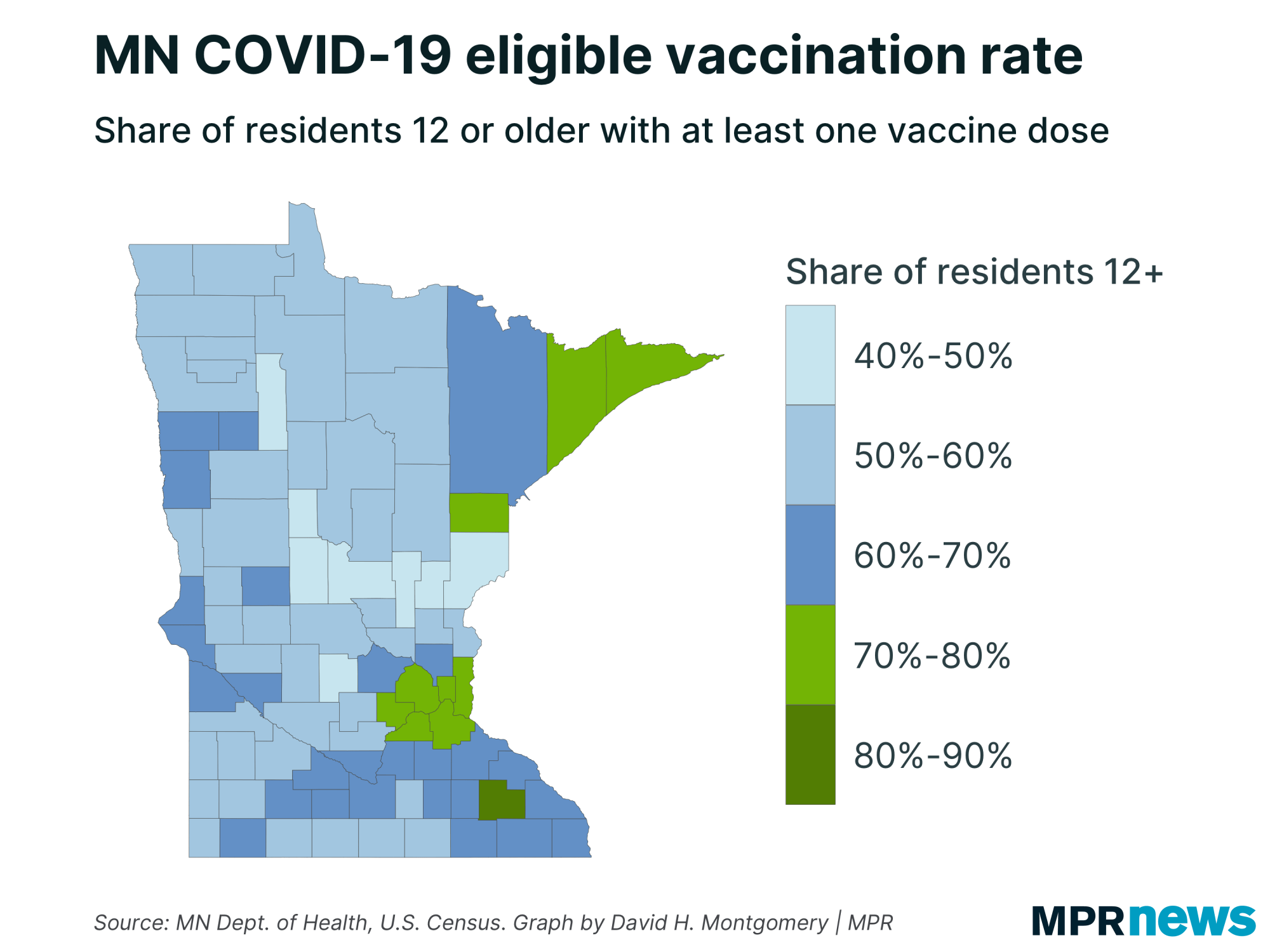 Officials also remain concerned about an increase in the number of cases among school-age children as the new school year begins. Compared to this time last year, both case rates and hospitalizations among this group are higher.

On Tuesday, the Walz administration said the community vaccination site at the Mall of America will expand its hours and capacity to make it easier for families, young people 12 to 17 years old and workers to get vaccinated.

To see the original report and related stories, follow this link to the MPR News website.   https://www.mprnews.org/story/2021/09/21/covid19-in-mn-death-toll-passes-8k