The National Weather Service reports at least four tornadoes touched down in Minnesota as severe storms swept across the region early Friday.

The storms also brought more-widespread damaging straight-line winds that downed trees and branches. Authorities reported at least one death — in Mankato, where a 4-year-old girl died when a tree branch fell on a tent at a city park.

More than 7,000 homes and businesses remained without power early Saturday in Xcel Energy's Minnesota and western Wisconsin service areas, more than 24 hours after the storms barreled through. Xcel said that was down from a peak of more than 100,000 outages immediately after the severe weather. 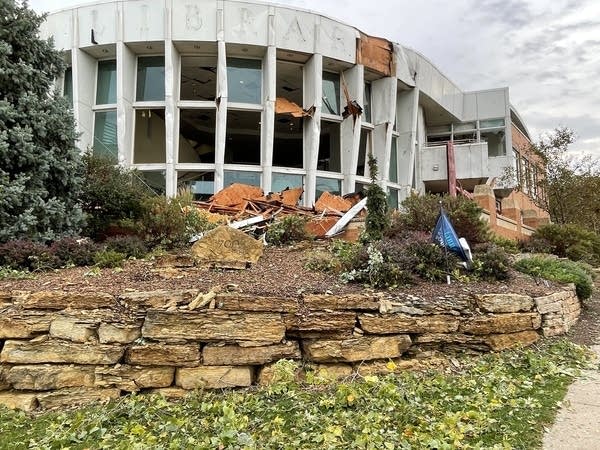 It was set to be a weekend of cleaning up storm debris for many residents in the the Twin Cities, especially in the southern and eastern metro area.

Friday morning's storms uprooted large trees, with some landing atop homes; branches and other debris blocked streets in some neighborhoods. Winds gusted to 64 mph at the Minneapolis-St. Paul International Airport.

The Weather Service said most of the damage was caused by straight-line, downburst winds. But survey teams sent out to assess the damage confirmed at least four tornado touchdowns — three in the south metro, and one in Sibley County. All were rated EF-0, with winds estimated at 65 to 85 mph: