Most of the BWCA to reopen this weekend

The Superior National Forest is lifting the closure of the Boundary Waters Canoe Area Wilderness starting this weekend. Some national forest lands are also reopening.

“We’re thrilled to reopen some of our public lands to visitors. The drought is not over but we’re starting to see more rain and lower temperatures. These conditions moderate fire activity and lessen the chance of new fires showing up,” said Connie Cummins, supervisor for the Superior National Forest.

“After talking with our fire experts about the latest data and weather conditions, we believe we have the capacity to manage the potential risk to the public of wildfire in some portions of the Forest,” she said.

Effective Saturday, portions of the BWCA will reopen, including the Crooked Lake area near Canada, which has been closed since mid-July because of wildfires burning just across the border in Quetico Provincial Park.

Previously reserved permits for after Saturday are still valid. Available quota permits will be available for reservation starting at noon today on Recreation.gov.

Closures remain in place for the Greenwood, John Ek and Whelp fires, but the closure maps have been slightly modified. In the vicinity of the Greenwood Fire area, the Forest Service is opening the Stony Spur and a portion of prospector Loop Trail, which it says will allow ATV riders to safely ride from Babbitt to Ely. Several entry points remain closed for all three fires. 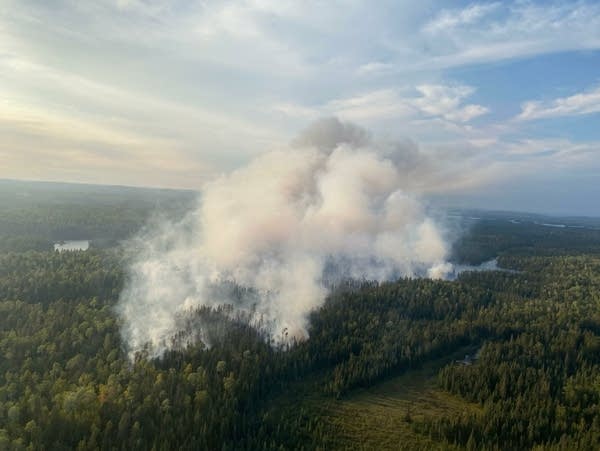 A large section of the wilderness remains closed due to the John Ek and Whelp fires, including large popular lakes like Seagull and Saganaga, which are accessed at the end of the Gunflint Trail.

Of the 65 fires reported in 2021, the Forest Service says nearly half, or 29, have been caused by humans. Fire restrictions remain in place across the entire forest. Open flames are not allowed, including campfires and charcoal grills. However, visitors may use propane or gas-powered devices with on/off switches.

“Although risk is being mitigated by the change in the seasons, it’s not completely eliminated," said Cummins. "In the fall, we can get an alignment of low humidity, high winds and high temperatures and a fire can get up and moving. This has happened in the past. The typical fire season for northern Minnesota extends through September.”