Forest Service and firefighting personnel in the U.S. are stepping up their response to wildfires burning in Ontario that threaten to cross the international border into Minnesota's Boundary Waters.

Superior National Forest staff were out in the Crooked and Iron lakes areas of the Boundary Waters Canoe Area Wilderness — north of Ely, Minn. — on Friday, contacting campers ahead of a temporary closure order for that area taking effect Saturday.

Given the time it takes to reach those lakes, they want to get campers out of that area now, in case the fires in Ontario's Quetico Provincial Park do spread south across the border.

"Travel times to these areas in the BWCA are measured in days, not hours, and this would not allow for rapid evacuation of the area," the Forest Service reported on Thursday. 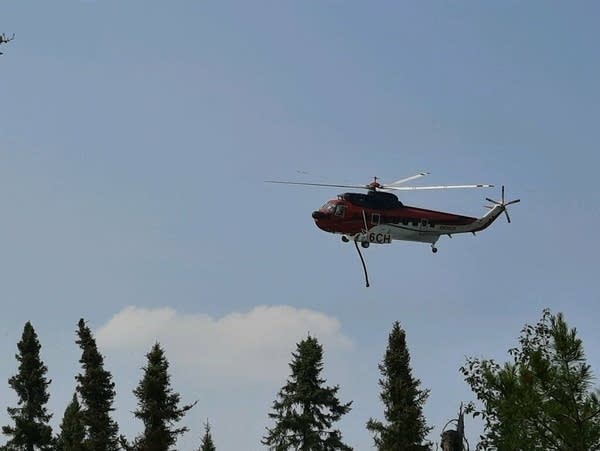 The fires burning in Quetico are not only in close proximity to the border; the Forest Service said they're also not being actively suppressed amid many other wildfires drawing resources across northwestern Ontario.

"Canada is not actively managing these wildfires due to their remote location, the lack of resources, and the need to address (fires affecting) northern Ontario villages," authorities reported Friday morning.

U.S. firefighting personnel flew over the Quetico fires on Thursday "to observe fire behavior and start developing operational strategies, resource needs and contingency plans for the future." Those observation flights are set to continue daily.

The temporary closure of the Crooked and Iron lake areas of the BWCA is set to last at least a week, until the fires no longer pose a risk to campers.

Jason Zabokrtsky, owner of Ely Outfitting Company, said Friday that they've been helping BWCA visitors to reschedule trips if they had reservations near the affected area in the coming days and weeks. But he says no one has canceled their reservations, and people understand the potential danger of the situation.

"I think as locals and professionals who deal with this, we have a particular respect for these fires and a respect for the Forest Service being in a position to exercise the caution that they are exercising with these closures," he said. 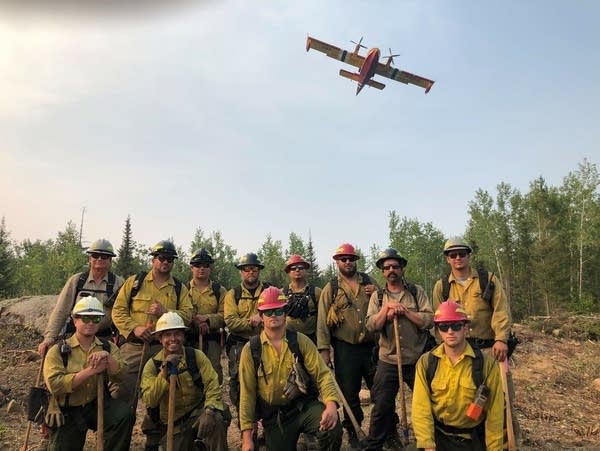 The lightning-sparked fire just outside the wilderness boundary remained at about 65 acres and 5 percent contained as of Friday morning, with more than 180 firefighting personnel working through dense pockets of downed timber.

While it hasn't spread for several days, within the fire zone it remains very active.

"As things heated up (on Thursday), crews witnessed several interior pockets of unburned areas torching out. A small spot fire occurred on the southeast edge of the fire," authorities reported.

Crews on Friday were set to continue building containment lines as several aircraft dropped water on the fire.

Because of ongoing drought conditions and increased fire danger, a temporary ban on most campfires in the Superior National Forest remains in place. The ban includes all campfires in the BWCA. Elsewhere in the forest, campfires are allowed only in Forest Service-installed fire structures in developed, fee campgrounds.

To see the original report and read related stories, follow this link to the MPR News website. https://www.mprnews.org/story/2021/07/16/quetico-fires-being-closely-monitored-as-new-boundary-water...