The steamy summer of ‘21 is rapidly causing issues with drought and fire danger across Minnesota.

I posted Wednesday that I expected Thursday’s U.S. Drought Monitor report to show drought expanding across Minnesota. The update delivered that unwelcome news. 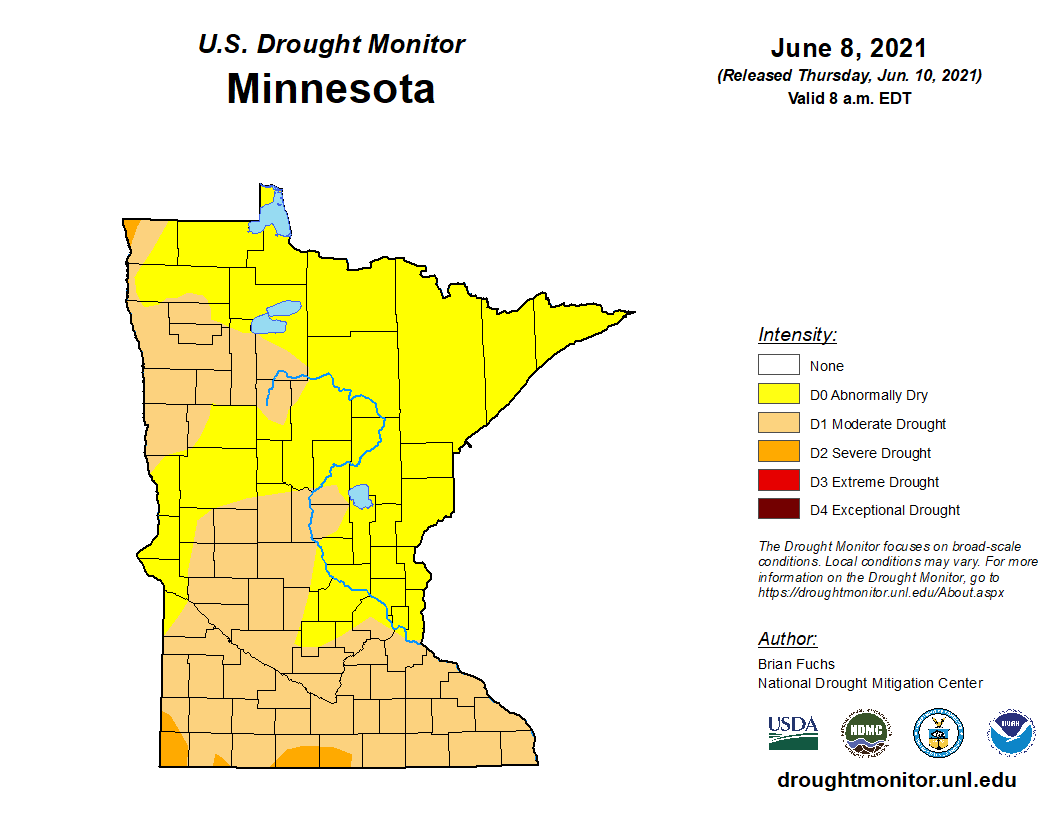 The growing coverage of the drought area is concerning at this point in the growing season. Iowa and Wisconsin — a good chunk of the corn belt — are also rapidly falling into drought. 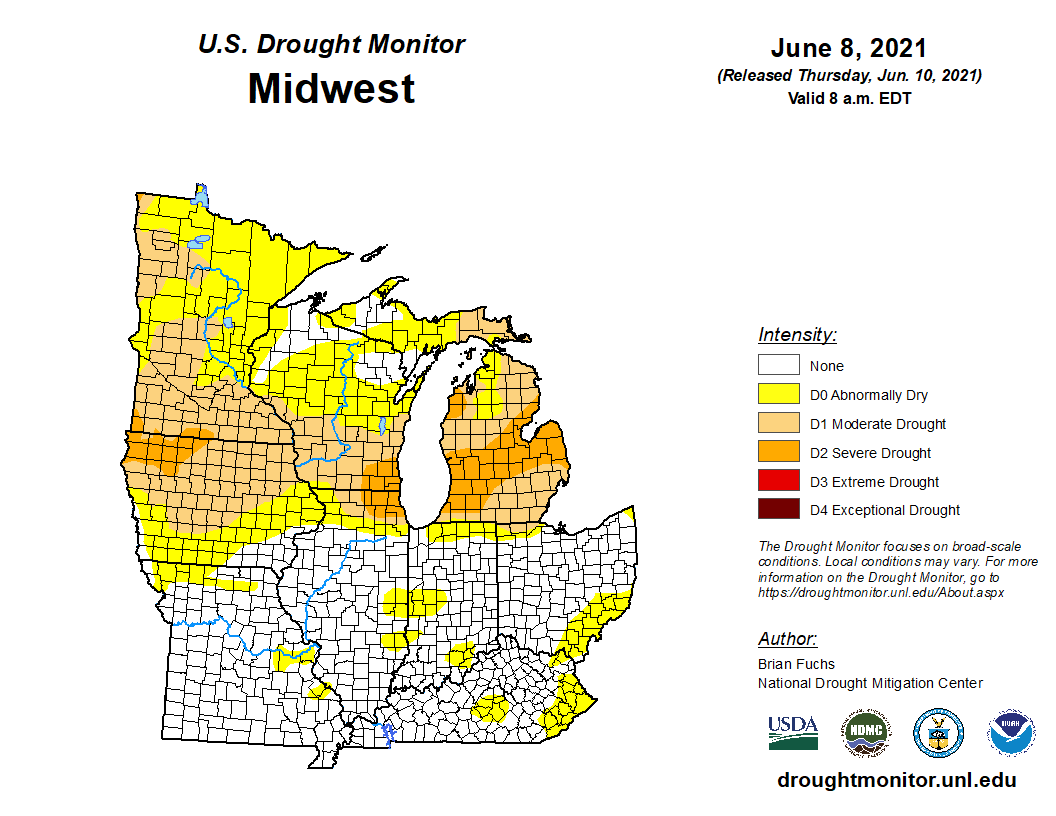 Here’s more detail from this week’s U.S. Drought Monitor on the Midwest:

Temperatures were cooler than normal in the southern extent of the region and well above normal in the north. Departures were 9-12 degrees above normal in Minnesota and Wisconsin while they were 3 degrees below normal in southern Missouri and Illinois. Outside of western Kentucky, southern Illinois, southern Indiana and into northern Ohio, the rest of the region was drier than normal for the week, with very little rain at all in the upper Midwest. With the short term being quite dry and warm, drought expanded and intensified in much of the region this week. Moderate drought and abnormally dry conditions expanded in Minnesota, Wisconsin, and Iowa, where almost the entire region of each state saw degradation.

Scanning the forecast maps for widespread, meaningful rain has been a futile search lately. Most forecast models crank out less than an inch of rain for most of Minnesota in the next 10 days. 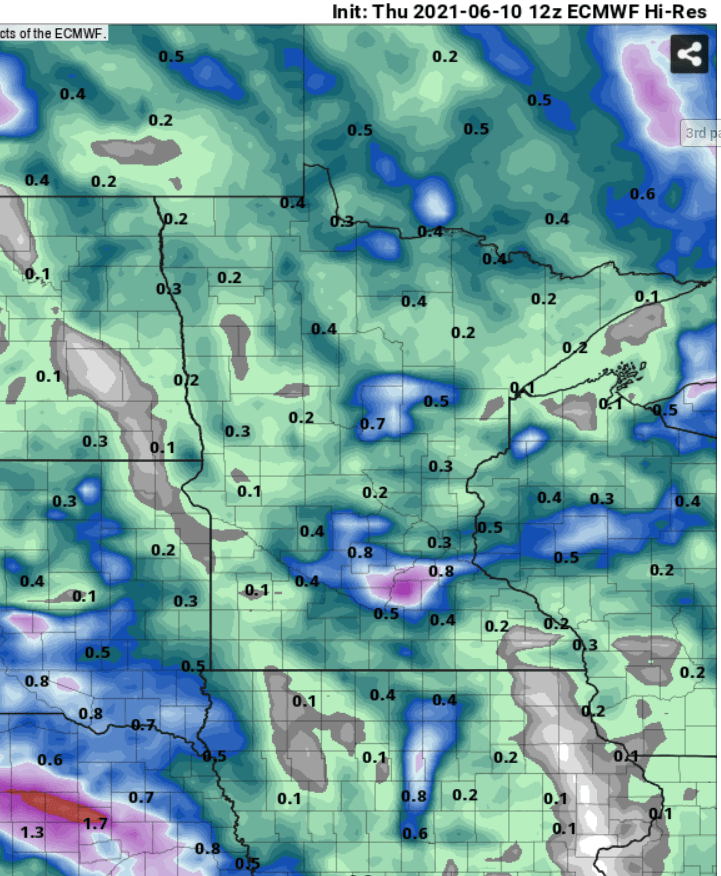 NOAA’s GFS model is more hopeful for multi-inch rains in southwest Minnesota and a sliver of northern Minnesota over the next 10 days. But it’s the outlier at this point. 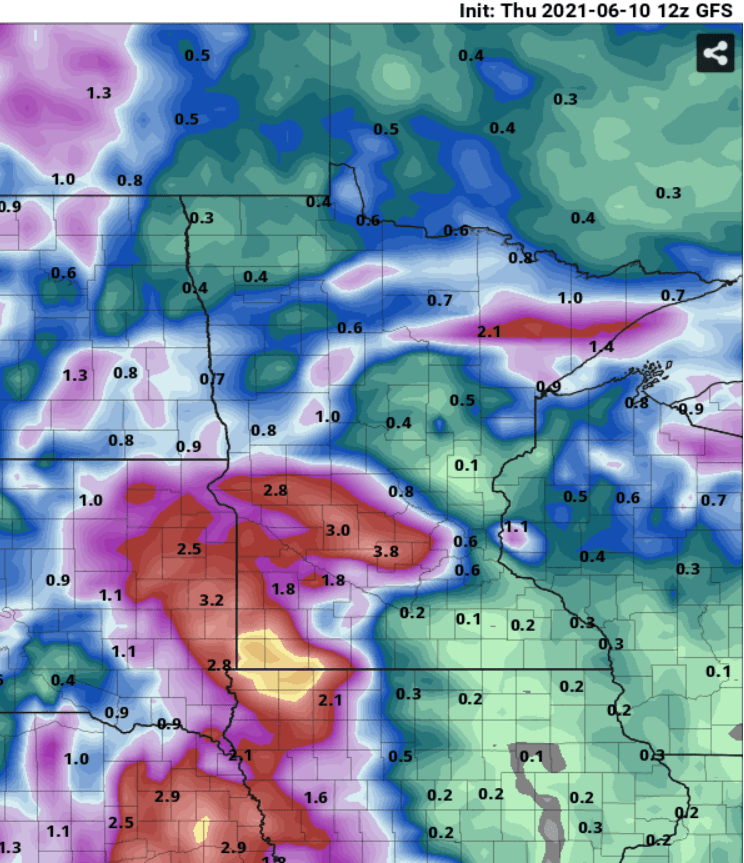 If current forecasts verify, next week’s U.S. Drought Monitor will plunge Minnesota and much of the Upper Midwest even deeper into drought.