Latest on COVID-19 in MN: Record vaccination numbers over the weekend Saturday’s update from the Minnesota Department of Health showed 56,000 vaccine doses administered in the state — a record soon eclipsed by the 70,000 vaccinations reported on Sunday.

Averaged over the past week, Minnesota is averaging more than 34,000 vaccinations a day — the highest that number has been since vaccinations began in December. 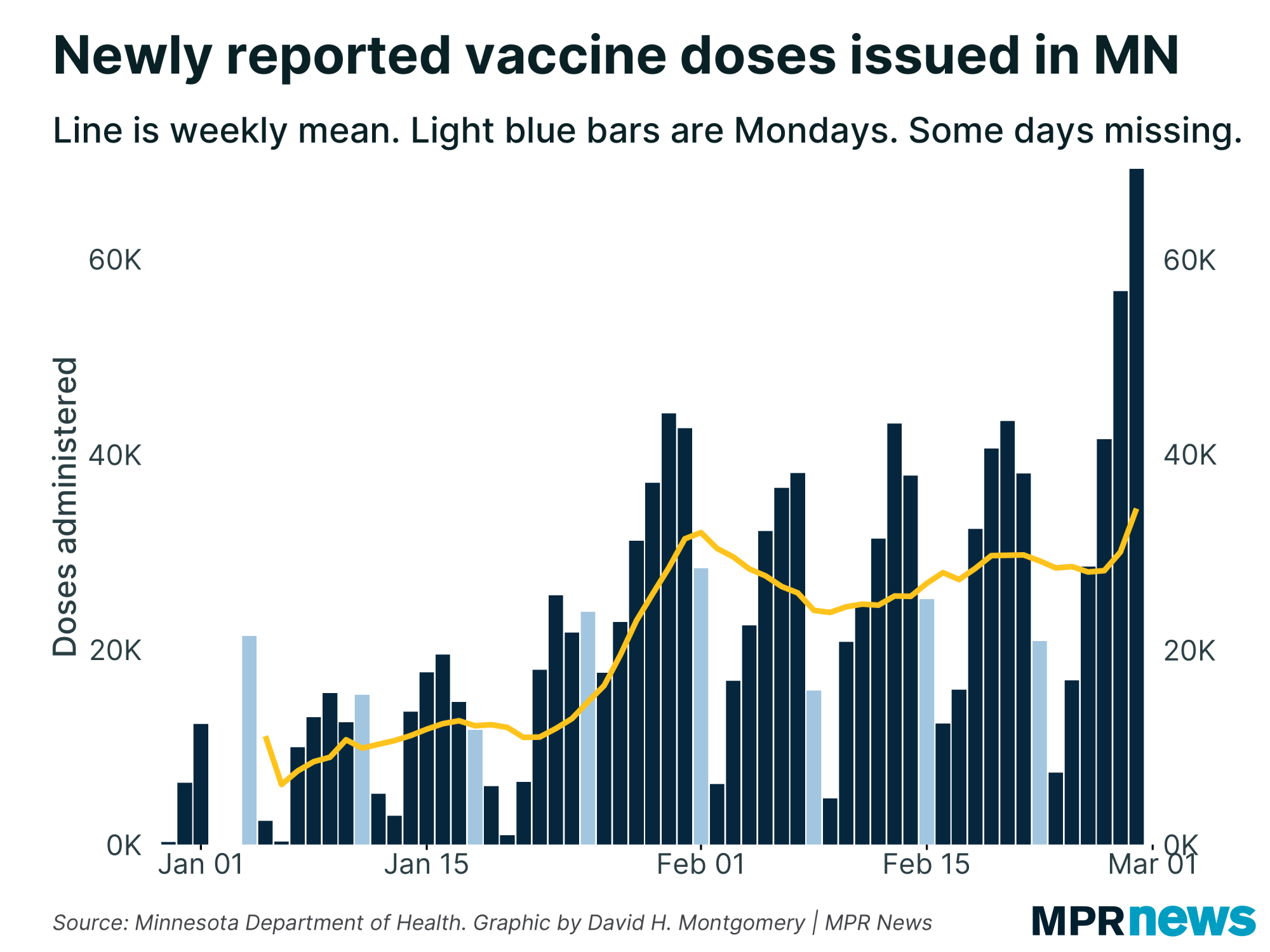 And there’s reason to believe the vaccination rate might continue to increase, with the addition of the newly approved Johnson & Johnson vaccine, which only requires one dose. Shipments of that new vaccine option are expected to begin arriving in states in the next week.

Just over 8 percent of Minnesota residents have received both doses to complete their vaccination. 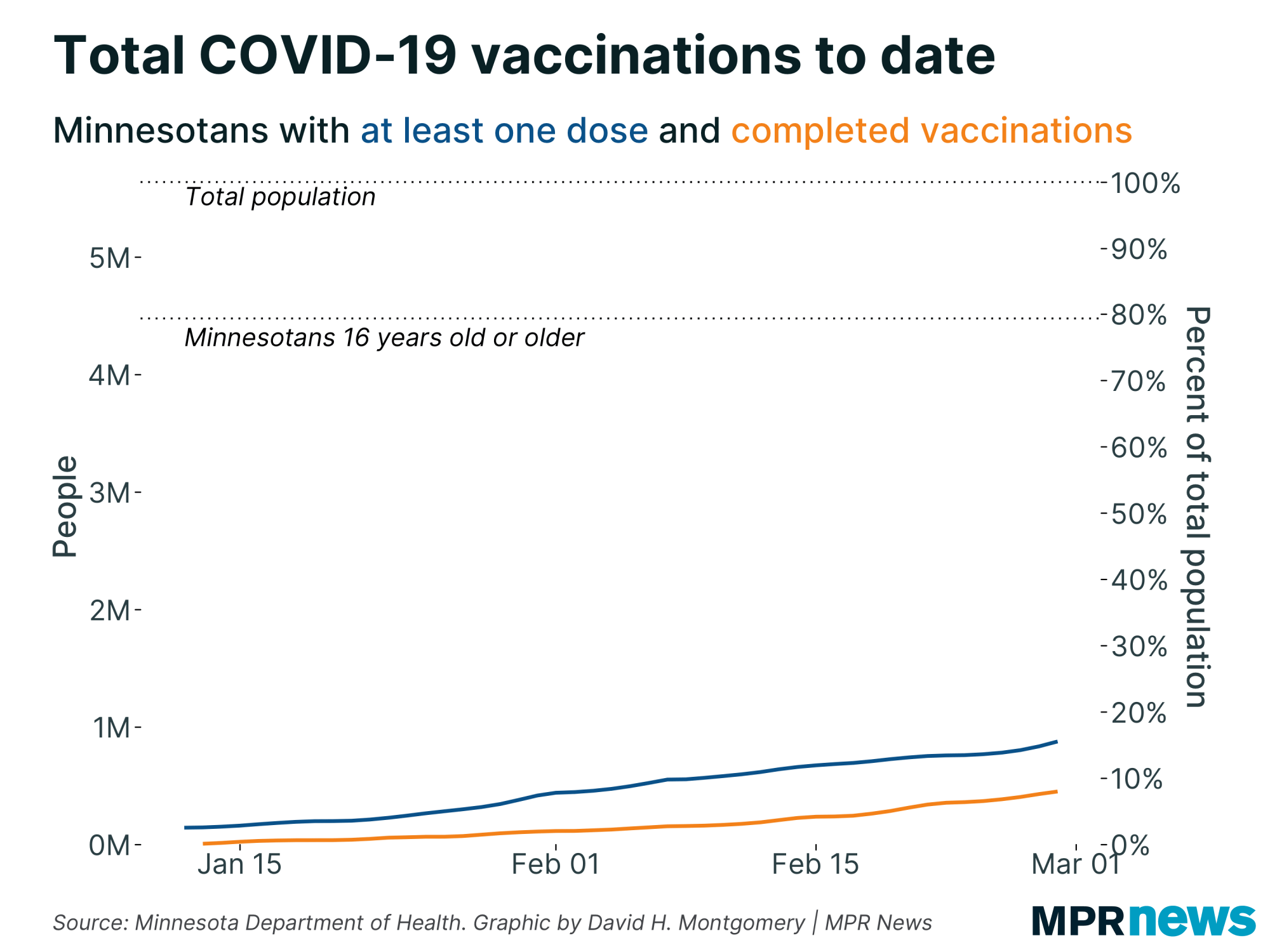 Minnesota currently ranks 15th among states in doses administered per 100,000 people, according to data collected by the federal Centers for Disease Control and Prevention.

Vaccination concerns aside, Minnesota’s COVID-19 numbers show the state holding fairly steady, although there has been a minor uptick in new and active cases.

Hospitalization rates remain encouraging and remain at levels last seen before the late-fall surge in cases. 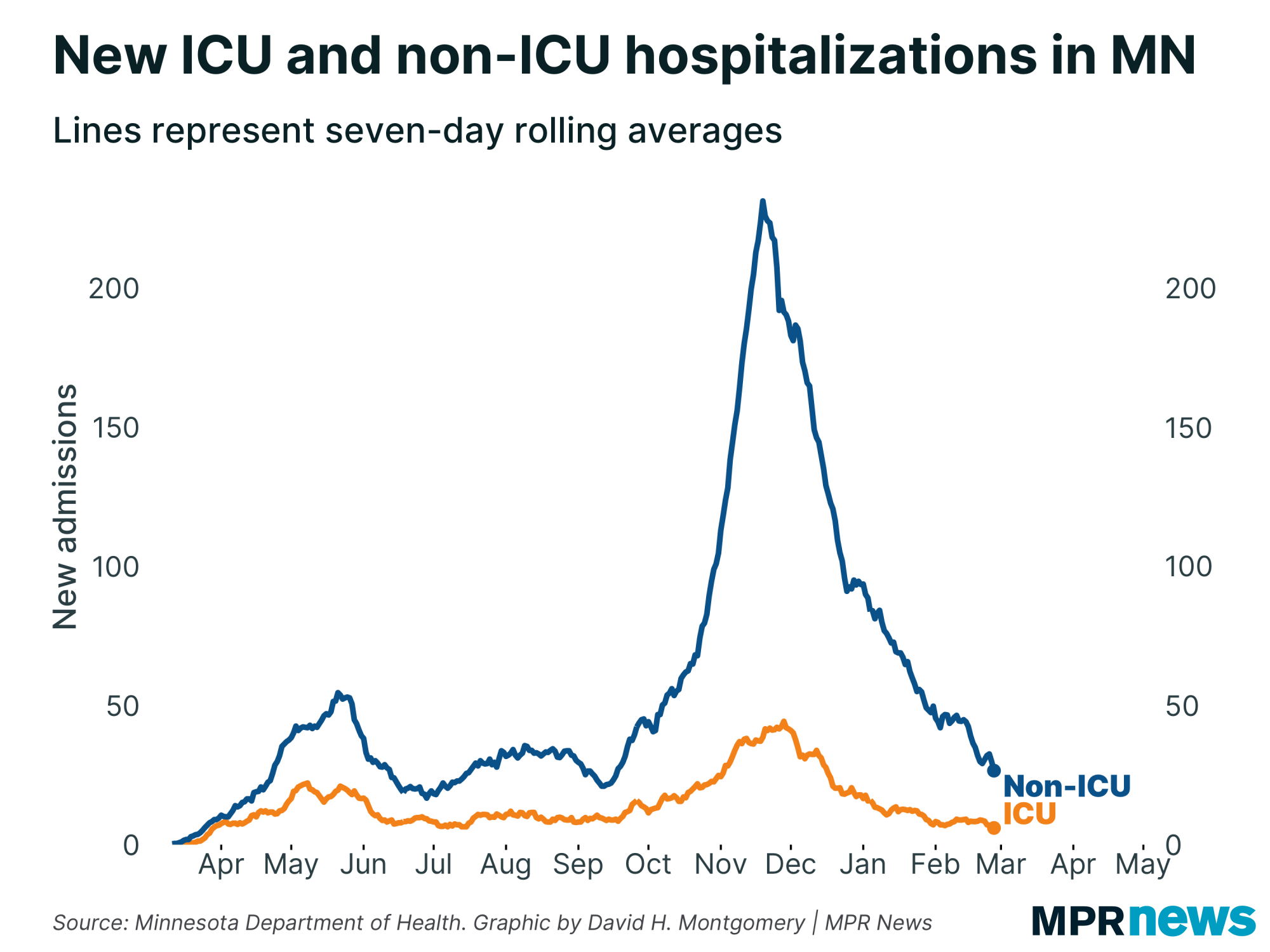 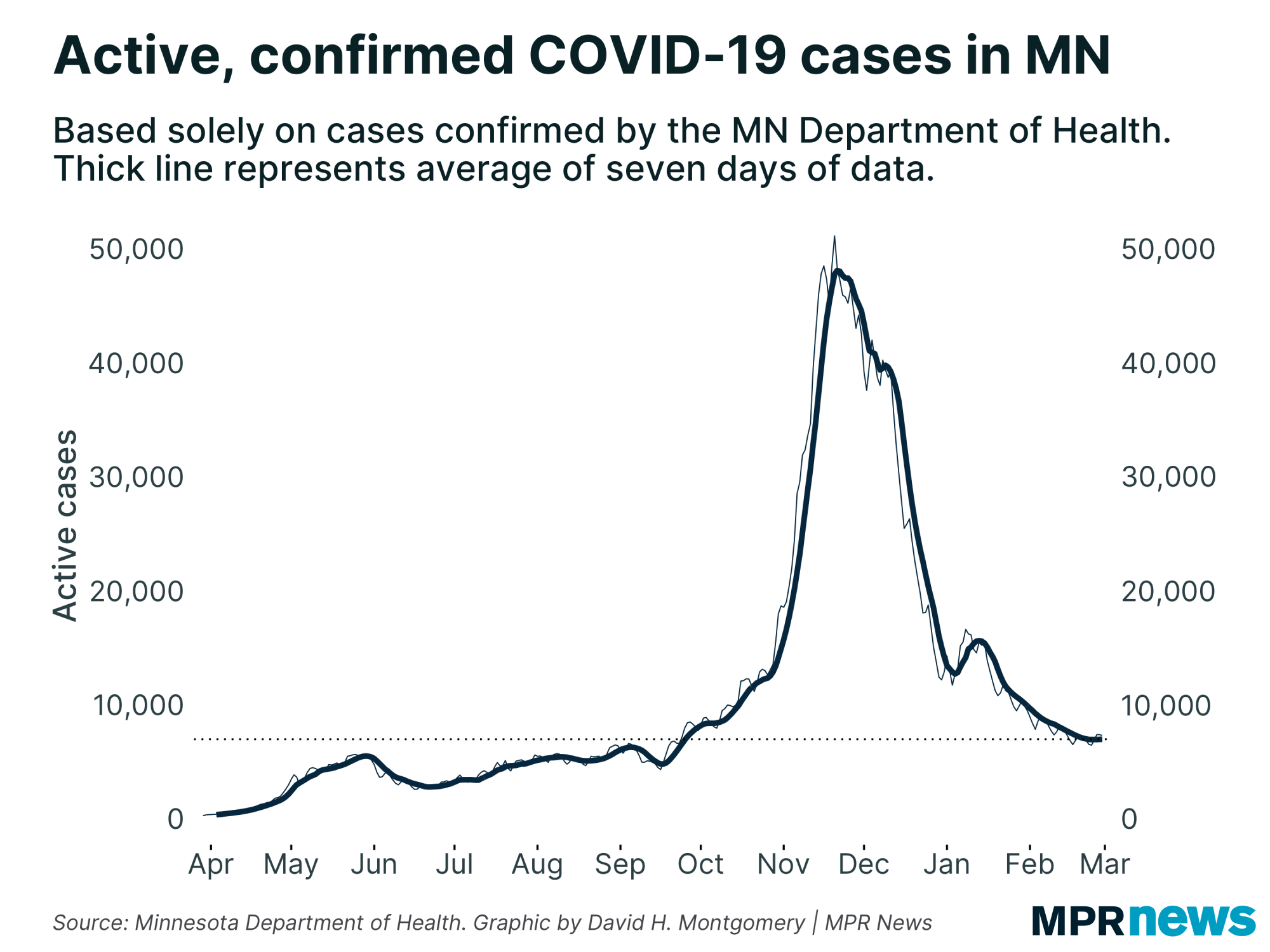 Eight newly reported deaths on Sunday raised Minnesota’s toll to 6,483. Among those who’ve died, about 63 percent had been living in long-term care or assisted living facilities; most had underlying health problems. 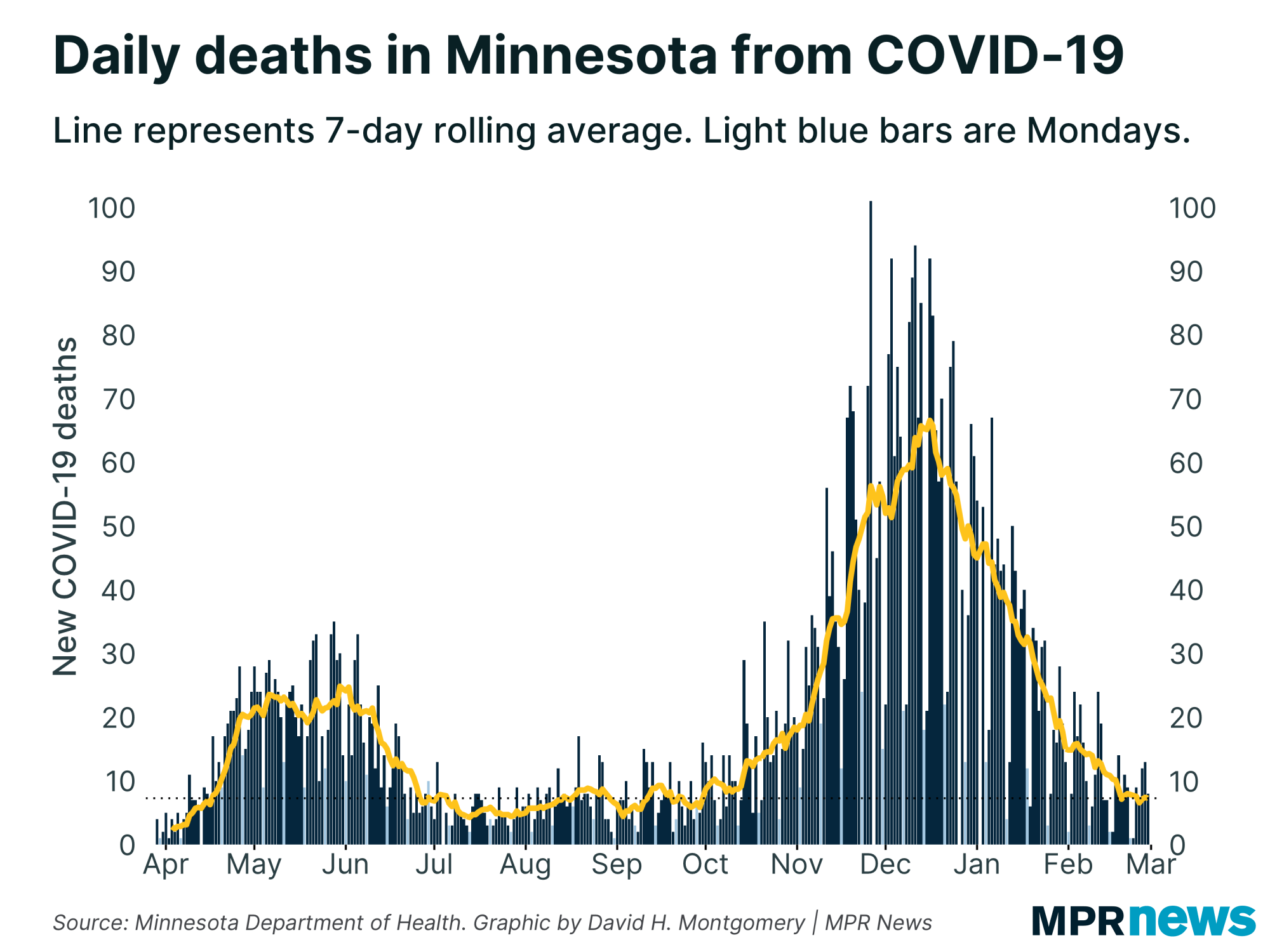 The state has recorded 484,594 total confirmed or probable cases so far in the pandemic, including 813 reported Sunday. About 97 percent of Minnesotans known to be infected with COVID-19 in the pandemic have recovered to the point where they no longer need to be isolated. 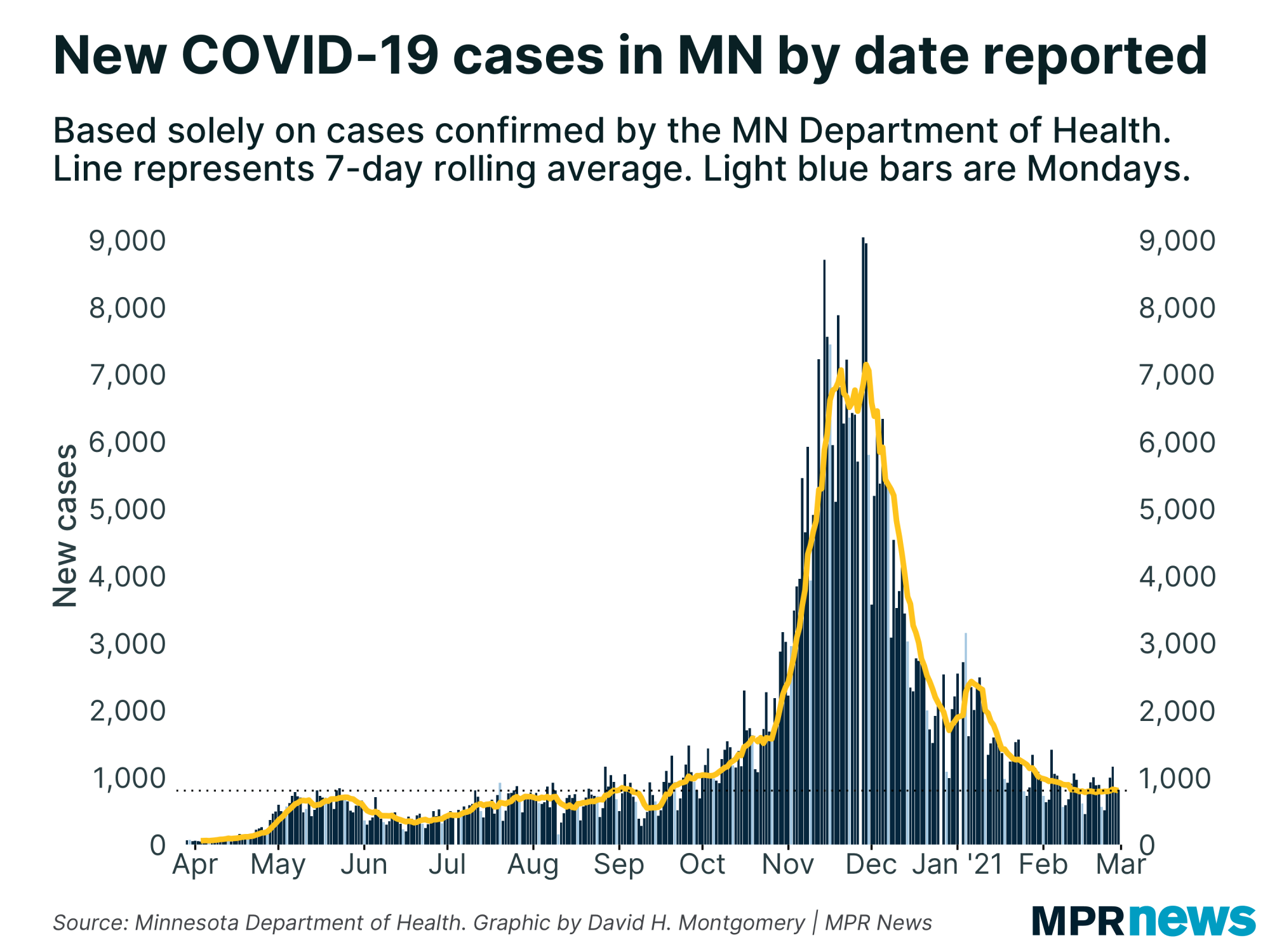 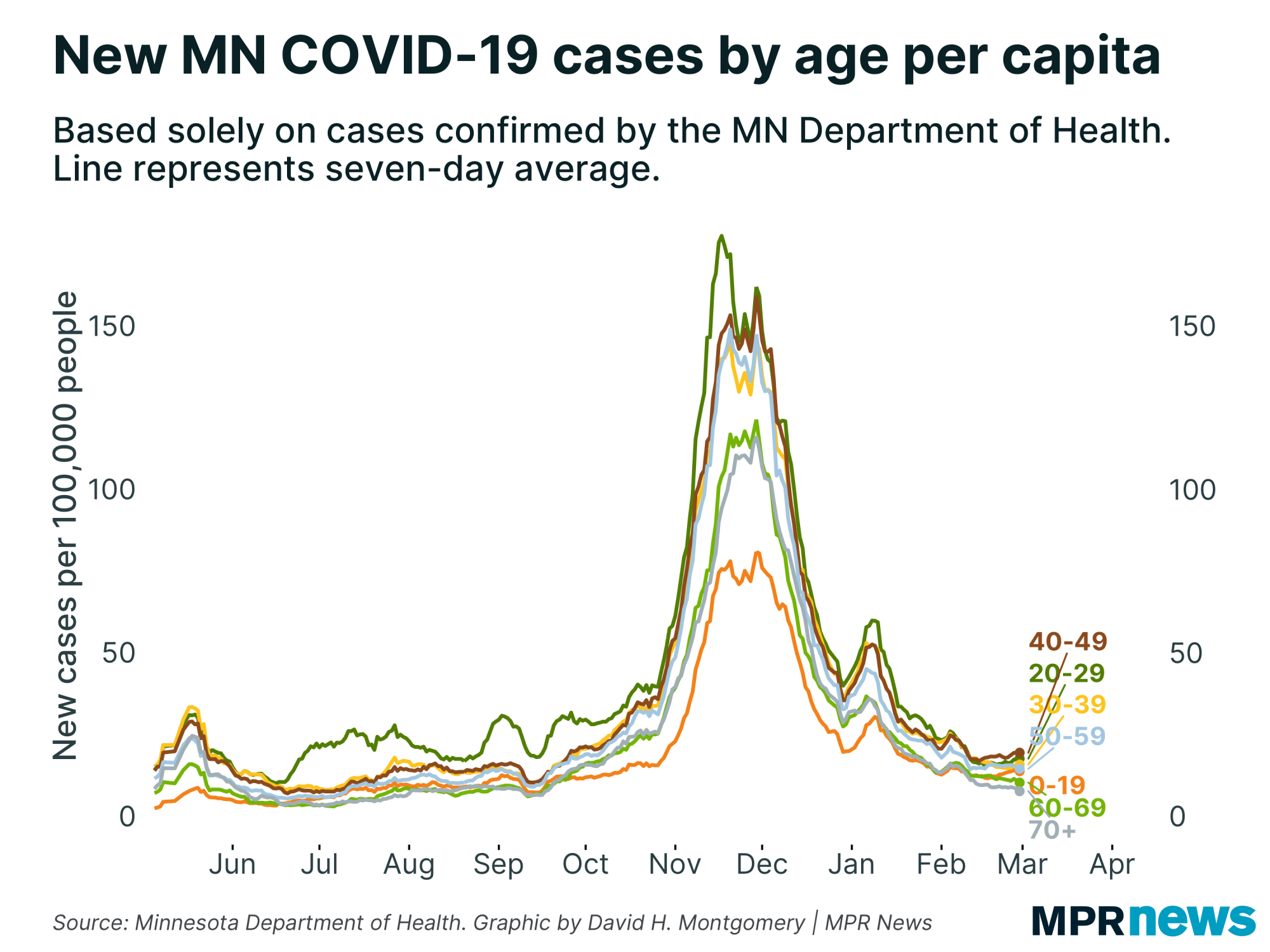 There was a modest increase in cases in northwestern Minnesota recently, although it’s unclear why. 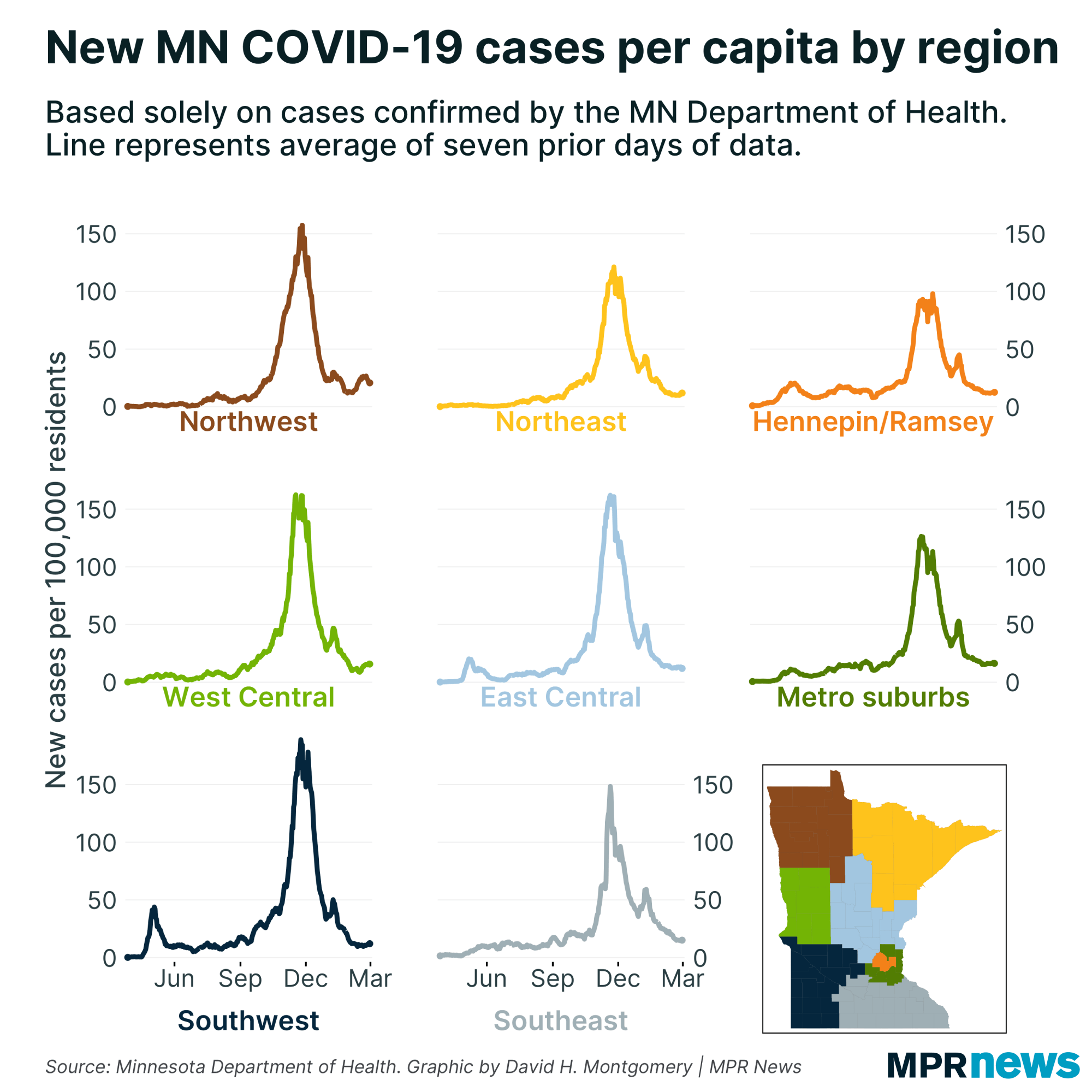 Earlier this week, Dan Huff, an assistant state health commissioner, expressed concern about the uptick seen in the northwest and west-central regions, saying it showed the state needed to remain vigilant against spread.

https://www.mprnews.org/story/2021/03/01/latest-on-covid19-in-mn“The vaccines are coming and continue to increase, and that is fantastic news, but we’re not there yet,” he said, adding, that the state doesn’t have enough people vaccinated “to stop the next wave.”

Health Commissioner Jan Malcolm said that it’s been a “real problem” not having data broken down by race and ethnicity but that the state may have data to share in the coming week. 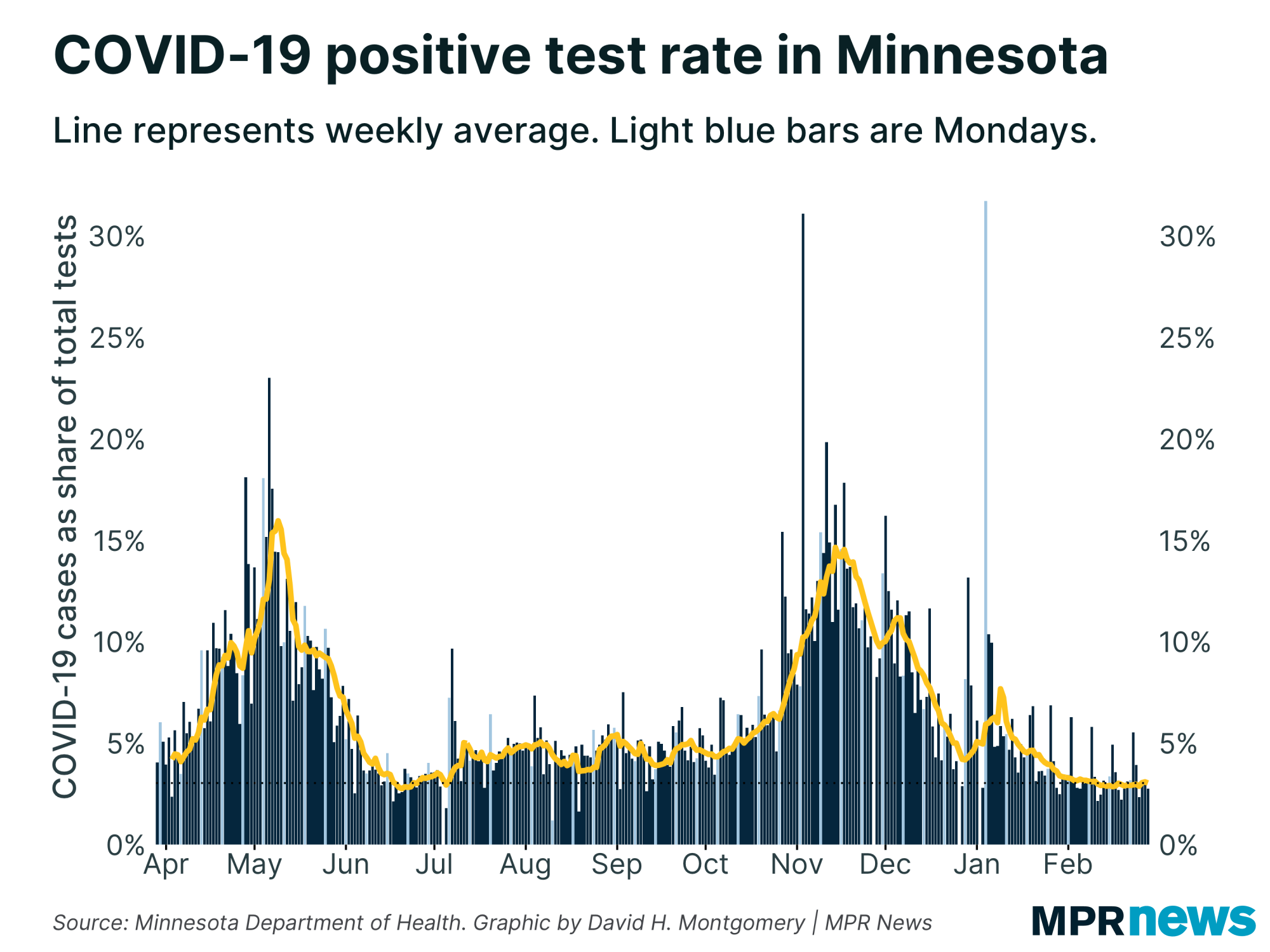