Camilla Cruz shovels her driveway in December in Robbinsdale, Minn. A slow-moving snowstorm slaps the state Thursday and Friday, bringing heavy snow to eastern Minnesota, including a possible 6 to 8 inches in the Twin Cities.
Aaron Lavinsky | Star Tribune via AP 2020
By Nicole Miller of Minnesota Public Radio News - January 13, 2021

More clouds move in by late Wednesday, and by the end of the day a mix of rain, freezing rain, and snow starts pushing into western Minnesota. This spreads across the state overnight, and that mix of precipitation will likely cause some slick roads by the Thursday morning commute. 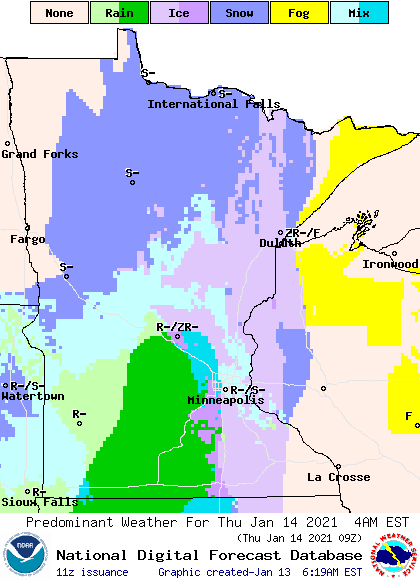 The wintry mix should convert to all snow during the morning, then predominantly light snow continues Thursday as the storm moves through Minnesota.

Often, that would be the end of it, and the storm would move off. However, this particular storm is intensifying as it moves east. As it does that, it is forecast to slow or even become stationary as it makes it into Wisconsin.

That keeps Minnesota in the snow on the backside of the storm through most of Friday, and puts the eastern edge of the state under some of the moderate and possibly heavy snow bands. 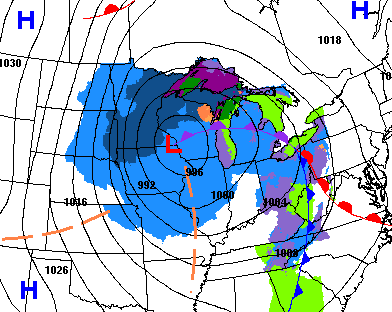 For much of Minnesota, the more persistent snow comes Thursday night through Friday, with the highest totals east. Cities on the eastern edge of Minnesota including the Twin Cities, Rochester, and Duluth could see well over 6 inches of snow by the time the snow ends. 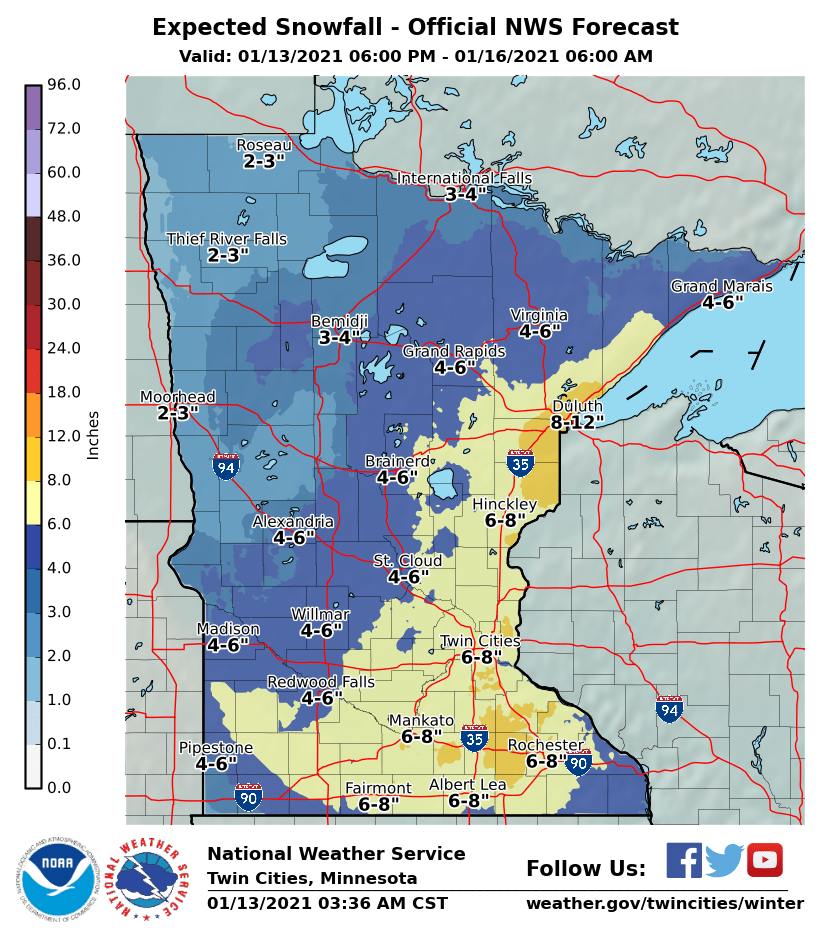 The snow total forecast may vary some given the exact track and intensification of the storm, but be prepared for a significant snowfall that could make travel challenging on Thursday and Friday.

Although western Minnesota can expect lower snow totals, windy conditions both days will cause blowing snow concerns, particularly along the western edge of the state, where gusts are expected to top 40 mph at times. 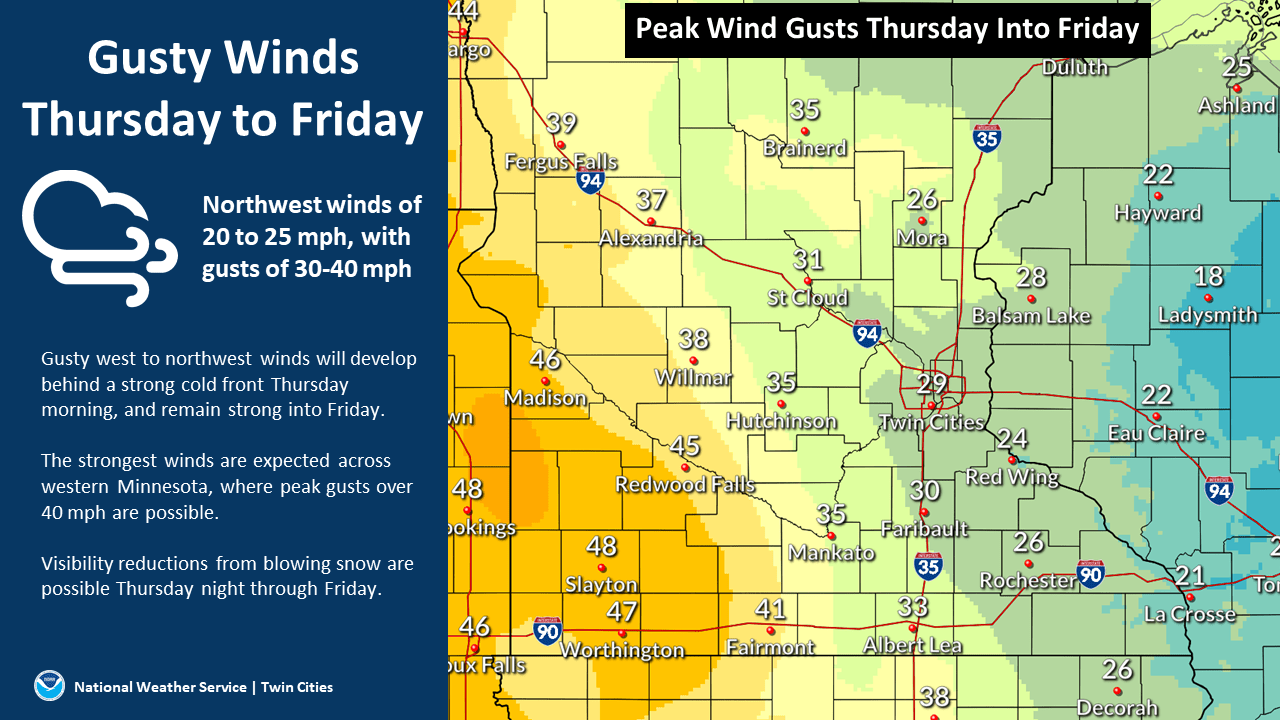 The storm moving through does not bring much colder air with it. Thursday stays in the 30s for most of Minnesota, then highs will be in the 20s and 30s by Friday.

After the storm finally clears late Friday, the weekend highs turn cooler, putting most of the state in the 20s. However, this is seasonable south and still above average for northern Minnesota, so it is more typical for January than the very mild weather we have had the first half of the month.