As Minnesota rolls through first round of vaccinations, some providers worry about being left out Pharmacist Dan Cook prepares a dose of the COVID-19 vaccine at the Gardens of Episcopal Homes in St. Paul. Residents and employees in the long-term care facility began getting vaccinated on Dec. 30, 2020.  Photo: Christine T. Nguyen | MPR News 2020

About a week ago, Mark Mishek got a phone call from Chisago County Public Health.

“We got people in cars and vans and got them to the Chisago County [government center], and our staff moved through there very quickly,” Mishek said.

Since that day, about 200 staffers who work out of Hazelden’s headquarters have been vaccinated. The center is classified as a health care organization, which means its staff is eligible to receive the coronavirus vaccine in the first round of statewide distribution.

The state Health Department, which is managing vaccine distribution in Minnesota, has divided the process into several phases. Minnesota has been working its way through the first phase — vaccinating health care workers, long-term care staff and long-term care residents — since December.

But because Hazelden’s staff works in residential programs and outpatient facilities — and not in direct contact with COVID-19 patients — they’re set to be vaccinated at the tail end of that first round, which the state says it hasn’t reached yet. 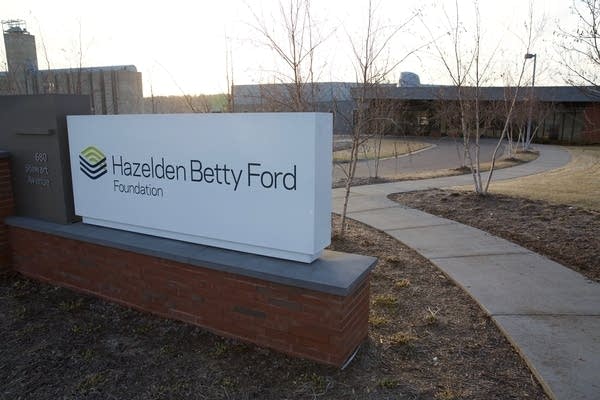 Mishek attributes the quick vaccinations in Chisago County to his organization’s longstanding relationship with the county. But Hazelden has facilities in other locations, too, which have stood in stark contrast.

Hazelden’s experience underscores idiosyncrasies in the vaccine rollout at the state and national levels, particularly among groups that may not fit neatly into traditional definitions of health care — and that aren’t attached to larger health care systems — but will be up for the shot soon.

While some areas of the state have been able to move ahead to vaccinate members of the first priority group further down the list, others haven’t.

That’s led to concern and frustration among workers who are next in line for their shots.

“We have found particularly in the metro area, where we have our youth facility in Plymouth, and our large outpatient center in St. Paul, the information gap is pretty wide right now,” Mishek said. “We’re not sure we’re going to get the vaccines, we’re not sure what the process is going to be.”

The frustration isn’t unique to Minnesota, and it’s playing out against a backdrop of a slower than expected vaccine rollout and growing confusion about when and how people will get their doses.

Meanwhile, different regions and counties have different needs and wide variability in their ability to vaccinate people quickly. Some places may have more front-line health care workers, for instance, meaning they’re steps behind other regions where vaccines are being distributed more widely.

And while regions and counties around the nation and state are generally following the same framework, the people getting those shots can vary day to day, depending on the area’s needs.

In Rochester, for instance, some employees who work at Mayo Clinic but who aren’t involved in direct patient care have already been vaccinated. Meanwhile, other regions of the state have found and occasionally administer vaccinations to people further out in the vaccination schedule to prevent wasting available injections.

Complicating matters on a national level are divergent vaccination schedules from state to state. While the Centers for Disease Control and Prevention has recommended offering the vaccine to essential workers and people older than 75 after frontl-ine health care workers and long-term care residents and staff, some states like Florida have decided instead to vaccinate anyone older than 65, leading to confusion and long waits.

Add to that a long history of consistently underfunding public health from the federal level to the local level, and the rollout of the COVID-19 vaccine has been slower and more confusing than expected, Jason Schwartz, assistant professor of health policy at Yale School of Public Health, told MPR News’ Kerri Miller.

“States have been asked and expected largely to take [distribution] work on single-handedly,” he said. “That’s an incredibly difficult and challenging set of activities, as we are seeing right now.”

The federal government is distributing vaccine doses to states in volumes that are proportional to each state’s population. In Minnesota, the state is using a hub-and-spoke model. The Health Department distributes doses to several hospitals and clinics serving as hubs across the state — which then distribute the vaccine regionally.

According to several nationwide vaccination trackers, Minnesota’s rollout lies somewhere in the middle of the pack of states, having vaccinated nearly 2 percent of its overall population so far. That number is complicated by the fact that, when compared to other states, Minnesota’s health care and nursing home facilities — which make up its first vaccination group — are relatively largecompared to the state’s overall population.

Right now, many Minnesota counties have already vaccinated the people at the highest risk of COVID-19 exposure: Front-line health care workers treating COVID-19 patients, as well as residents and staff of skilled nursing facilities. Those counties are now moving on to their next priority group: Other front-line health care workers, like paramedics, and residents and staff of assisted living facilities.

That’s the case in southeastern Minnesota’s Olmsted County, where public health emergency preparedness coordinator Amy Evans said her office is working to vaccinate ambulance workers and paramedics as well as staff who will, in the coming weeks, be giving the vaccine to a wider swath of the county’s residents. That final group of first-round recipients includes residential treatment centers like Hazelden, which in Olmsted County amounts to around 3,000 people.

But the county’s ability to move quickly through each vaccine recipient group depends a lot on local demand — and demographics.

An added layer of complication: Vaccine shipments come in fixed numbers. The Moderna vaccine’s smallest shipment, for instance, comes in 100 doses, Evans said. That can limit the way doses are distributed, meaning sometimes the distribution process gets bumped out of order.

“If you had a county that only had 30 EMS [workers] that wanted that vaccine, you have 70 doses left over,” she said. “It’s easy, in that context, of thinking of moving and pivoting to the next group.”

Evans said that when Olmsted County has ended up with extra vaccines, for example, the county has shared them with communities nearby that need more — or quickly lined up people further along in the queue to get the shot so it doesn’t go to waste.

While some facilities and their workers who are set to be vaccinated in the final stages of the first vaccination group have a clear idea of when and how they’ll get their shots — or have already started getting them — others remain in the dark, even as they inch toward their turn in line, which the state says will be around the end of January.

That includes The Emily Program, which treats people for eating disorders in inpatient and outpatient settings. The programs involve a lot of one-on-one interaction, including eating with the patients in order to stabilize their nutrition — activities that come with an elevated risk of COVID-19 transmission.

But The Emily Program’s leaders said they haven’t heard much from state and regional health authorities about when their staff should plan to be vaccinated.

“It’s just been crickets,” said Dr. Mary Bretzman, an Emily Program physician involved in the organization’s COVID-19 response. Even figuring out who to call for information has been difficult, Bretzman said. “And it surprises me, because they were so well-organized in every other way.”

Bretzman said she attributes the lack of communication in part to the fact that her organization isn’t part of a larger health care system. The Metro Health and Medical Preparedness Coalition, which is helping coordinate the vaccine rollout in the Twin Cities, did not immediately respond to questions.

“If you’re a private medical group like we are, there’s nothing,” Bretzman said. “What is most concerning to me is this lack of clarity and communication. No one reached out to us, we’ve just been calling and emailing” state, regional and local health authorities, she said.

Peter Hayden, founder and president of Turning Point Chemical Health Service Agency in Golden Valley, shares those frustrations. He said getting information for how his 40 full-time staff members will be able to access the vaccine has been hard to come by, despite repeated calls to state and local health officials.

“They just say, ‘We’ll get back to you, and we haven’t heard anything since,” he said, adding that he started contacting officials about a month ago.

He worries programs like his that focus on mental health rather than traditional health care will fall through the cracks.

“It goes back to how we deal with chemical health and mental health. We’re not seen,” he said.

For her part, Minnesota infectious disease director Kris Ehresmann urged patience, and that more communication and information will be available soon as they work through logistics.

“They are not forgotten,” she said. “We just aren’t at that point to give them information.”

To read the original story and see related reports, follow this link to the MPR News website.  https://www.mprnews.org/story/2021/01/12/as-state-rolls-through-vaccinations-some-providers-worry-ab...