Why Flu Cases Tend to Rise in the Winter By Ally Hirschlag from The Weather Channel - Posted: January 2, 2020

As temperatures start to drop, you may be wondering why the flu is more prevalent in the winter. While a sudden drop in temperatures won’t automatically result in an uptick in flu cases, there is a correlation between the flu and the colder months. Cold and flu season typically begins in October and can run as late as April or May, with some of the higher numbers occurring between December and February when temperatures are the coldest. The cold doesn’t bring the flu with it, but it can help make conditions more ideal for influenza viruses to thrive.

Winter weather and the flu 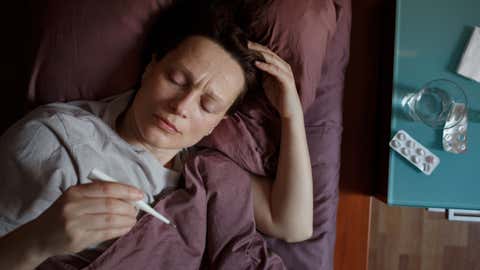 Influenza viruses tend to survive longer in cold climates because their outer protective layer, or envelope, hardens at colder temperatures, which researchers have found may fortify it from the elements and help it pass from person to person. In warmer temperatures, however, that protective envelope melts to a liquid, which can make the virus more vulnerable to the elements and can lower its ability to spread from person to person.

Lower humidity may also play a role in the transmission rate of influenza. Studies have shown that common strains of influenza viruses, like Influenza A, may become more unstable when humidity levels climb because the excess moisture may compromise the integrity of the virus’ protective outer layer. So when cold, dry air comes down more frequently from Canada and the Arctic, as it often does in the winter months, it may set the stage for flu viruses to gain a foothold.

Human behavior changes in the winter 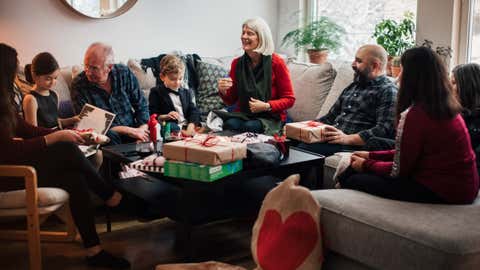 When it gets colder, people tend to spend more time indoors, which may be another reason why flu cases rise in the winter. Flu viruses are mainly transmitted via respiratory droplets that are expelled into the air when an infected person coughs, sneezes or talks. So if people are more regularly gathered together inside where ventilation is typically not as good as it is outside, transmission may become more likely.

Another factor that may contribue to a rise in flu cases is that indoor air tends to be dryer in the winter due to more use of heating systems, and that can dry out nasal passages making them more vulnerable to viruses. The mucus in your nose is designed to trap allergens and pathogens. When it’s dried out, it reduces that first line of defense.

Kids have a tendency to be germ spreaders. Young kids are often not as good about maintaining social distance and handwashing compared to older individuals, and they often put their hands and things that have either been on the floor or in another kid’s hands into their mouths. School-aged kids also have a high rate of flu, so they may be spreading the flu more just by being together in school.

What you can do to help stay safer

Due to the pandemic, many people are already taking steps to help prevent the transmission of respiratory viruses like the flu such as social distancing, wearing masks when around people outside their household, and regularly washing their hands. Other steps you can take are to stay home if you feel sick and to keep your kids home if they feel sick), cover your mouth when you cough or sneeze, and avoid touching your face, especially your nose, mouth and eyes.