What Communities are Doing to Reduce Wildlife Collisions on Roadways By Ally Hirschlag of The Weather Channel.  Posted: December 1, 2020

It's an experience that resonates with so many people: You're driving on a highway through a dark, wooded area, and all of a sudden, an animal darts out into the road giving you a split second to swerve to avoid hitting it. If the animal is a deer or larger, drivers are often looking at over $1,000 worth of damage to their vehicle, and potentially serious physical injuries. The animal that's been hit will most likely not survive.

A wildlife vehicle collision (WVC) has become an all too common occurrence. There are over 300,000 reported WVCs with large animals a year, but according to estimates by the Federal Highway Administration (FHA), the actual number is much higher—likely somewhere between 1 and 2 million because drivers don't always report them. And that number continues to increase every year. While vehicle crashes have remained relatively stable since 1990, the annual rate of Animal Vehicle Collisions (which include wildlife and domestic) has increased by roughly 50%.

While WVCs are most common in rural areas where two-lane highways cut through dense forests and farmland, urban sprawl has lead to more roads being built through animal habitats, which causes animal displacement and forced migration across said roads, especially for deer. Collisions with deer don't often result in human injury, but they usually take a toll on vehicles. About 90% of vehicles that hit deer incur damage, and the average cost for repairs is $1,840, according to the FHA.

The consequences for the animal populations is far more severe though. Local populations of some species have been imperiled by the combinations of WVCs and habitat loss. In fact, WVCs are one of the primary threats to 21 endangered or threatened species in the United States. 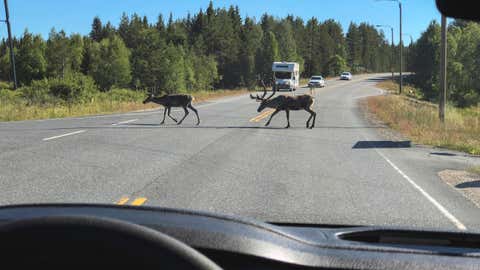 There are a number of solutions to this problem that have been successful in areas across the country. One in particular that The Nature Conservancy scientist Corinna Riginos landed on while researching the situation in Wyoming is the animal-friendly crossing structure. Due to its vast, rural landscape, Wyoming has some of the highest WVC rates, and cost effects, in the country. WVCs cost approximately $25 million in human injury and damage annually, and $24 million in wildlife loss. While implementing crossing structures is an expense, the idea is it will offset much greater annual expenses incurred by locals. 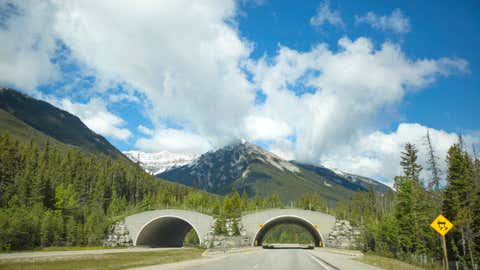 Crossing structures have reduced collisions with mule deer and elk by more than 90 percent in Canada. In the states, they're often used in tandem with wildlife fences, which are typically six to eight feet tall, made of wire mesh and installed along roadsides to deter animals from crossing. Studies have shown that wildlife fences can reduce WVCs by an average of 87 percent, but they tend to be more effective with wildlife under or overpasses. 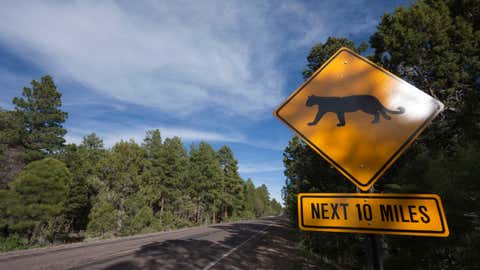 Road signs alerting drivers to potential wildlife in the area are often used to help keep drivers alert and reduce their driving speed. While reducing speed isn't proven to reduce WVCs, and basic animal crossing signs have so far had little impact, there are newer signs that use sensors to detect large wildlife near roadways which may be more effective, because drivers see the potential threats as more imminent. Data is still scant on these newer detection systems, but early results look promising.

Regardless of whether or not you're driving through an area that has animal crossings, fencing or sensory-driven caution signs, it's important to remain alert and ready to take evasive action, for the local wildlife's safe as well as your own.