From the Minnesota Department of Health - October 23, 2020

A new breast cancer report from the Minnesota Department of Health (MDH) shows a 30-year trend of decreasing mortality rates, suggesting improved diagnosis and treatment of breast cancer in Minnesota. However, providers and public health officials are concerned that delays in breast cancer screenings in 2020 may slow the progress.

Though breast cancer is the most common cancer diagnosed in Minnesota women, the report shows survival rates of about 93%. This high survival rate is due to decades of progress in early diagnosis and treatment.  Between 1988 and 2017, Minnesota breast cancer mortality rates declined 2.4% per year compared with the national overall decline of 1.8% per year, according to the report, Breast Cancer in Minnesota Women (PDF). For more information, see Minnesota Cancer Reporting System (MCRS) Cancer Statistics and Reports.

However, public health officials are concerned that some women may choose to delay screenings in order to avoid visits to a health care facility during the COVID-19 pandemic. Studies from the National Cancer Institute and the American College of Radiology indicate that such delays could impact breast cancer survival rates.

“We know women have their best chance of beating breast cancer when it is diagnosed and treated early, and this is why mammograms are so important,” said Minnesota Commissioner of Health Jan Malcolm. “Our health care systems are taking extra precautions to ensure the safety of patients and staff, and we urge all women to talk to their primary care provider about cancer screenings. This report also underscores the importance of focusing on health equity and ensuring women of color have safe access to screenings and treatment.”

Mammograms are the most reliable way to detect breast cancer early when it is the easiest to treat. Not scheduling a mammogram can allow breast cancers to grow, becoming less treatable with time, and more deadly.

MDH’s Sage Screening Program partners with more than 480 clinics statewide to offer free mammograms and Pap tests to Minnesota’s women. Sage observed a rapid decline in the number of breast and cervical cancer screenings through their program since the start of the COVID-19 pandemic.

MDH urges women to talk with their doctor about the risks and benefits of being screened now or postponing for a later date, taking into account personal and family history, other risk factors, and previous screenings.

“In the spring, it made sense to hold off on routine health visits but mammograms are potentially lifesaving tests,” said Matt Flory, cancer control strategic partnerships manager with the North Region American Cancer Society. “Hospitals and clinics have learned a lot since then. Now is a great time to call your doctor to see if you should schedule a screening.”

Minnesota’s persistent health inequalities have a significant effect on Black Minnesotans with breast cancer. Black and American Indian women have the highest mortality rates, due in large part to later diagnoses and limited access to treatment. Black and American Indian/Alaska Native women die of breast cancers at higher rates than white women. Black women in Minnesota have substantially lower overall relative survival compared to white women (78.7% for Blacks compared to 92.9% for whites).

New to this year’s report is a description of the frequency of four main breast cancer molecular subtypes, Luminal A, Luminal B, Triple negative/basal-like and HER2-enriched. Studying and tracking breast cancer subtypes is useful in planning treatment strategies and developing new therapies.

Other findings from the report: 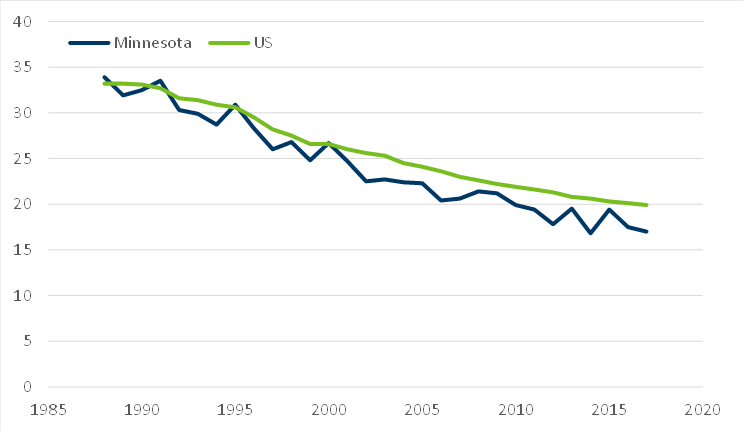 MDH’s cancer programs, which include Minnesota’s Cancer Reporting System, the Sage Screening Program, and the Comprehensive Cancer Control Program, work with a wide network of partners throughout the state to reduce the burden of cancer and promote health equity.