All or nothing: Parts of Minnesota in flood, others still in drought Widespread rainfall has eased drought areas across central and northern Minnesota. But two primary zones in Minnesota remain in drought. Western Minnesota in a zone around Browns Valley, Ortonville and Morris is still in moderate drought. There is also moderate drought in areas around Duluth, and in Cook County from near Grand Marais into the BWCA. 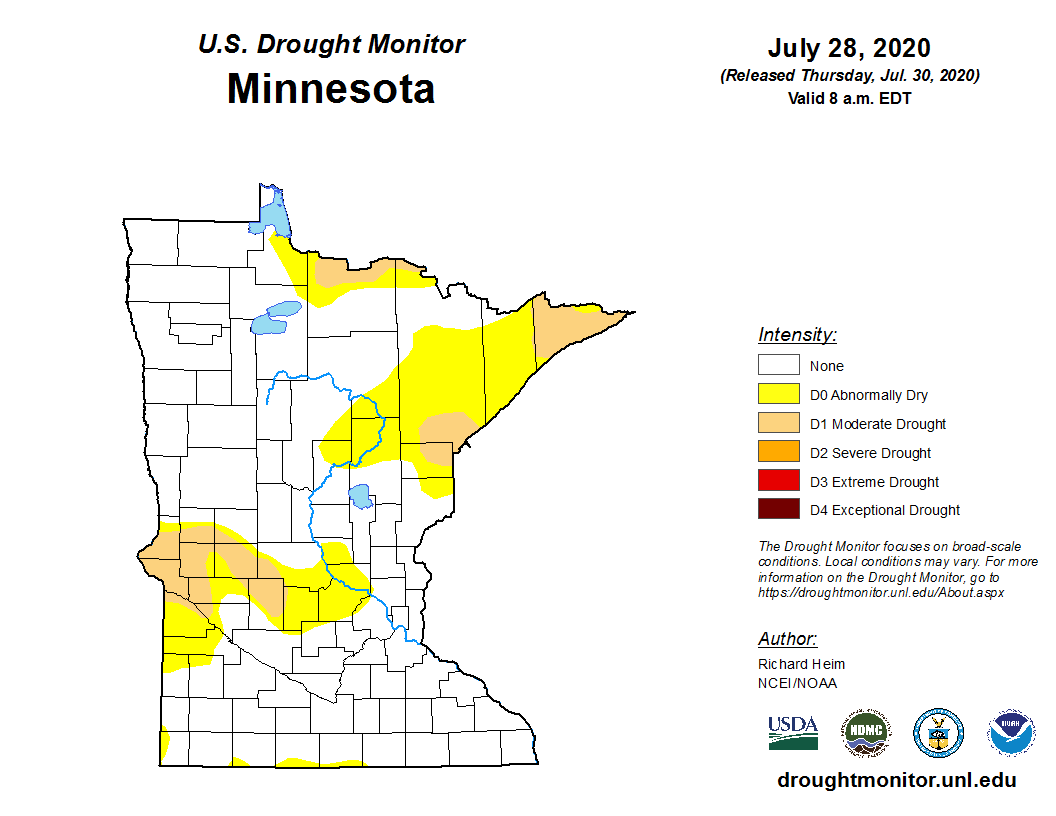 Here’s a look at Midwest rainfall totals over the past 30 days. Abundant to torrential rains have favored the northern half of Minnesota and Wisconsin. 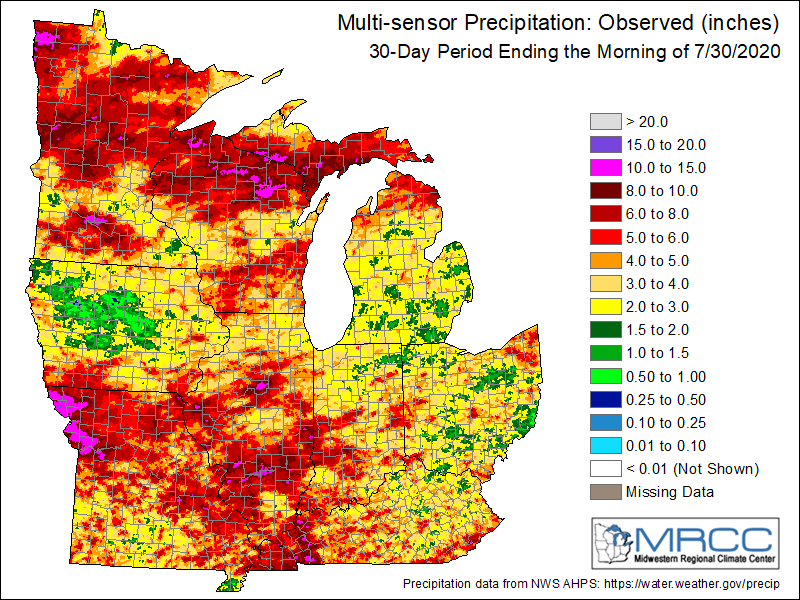 Persistent and localized thunderstorms zones have also set up over the past 30 days. parts of the northern Red River Valley into northwest Minnesota have picked up 10 to as much as 20 inches of rain this summer. 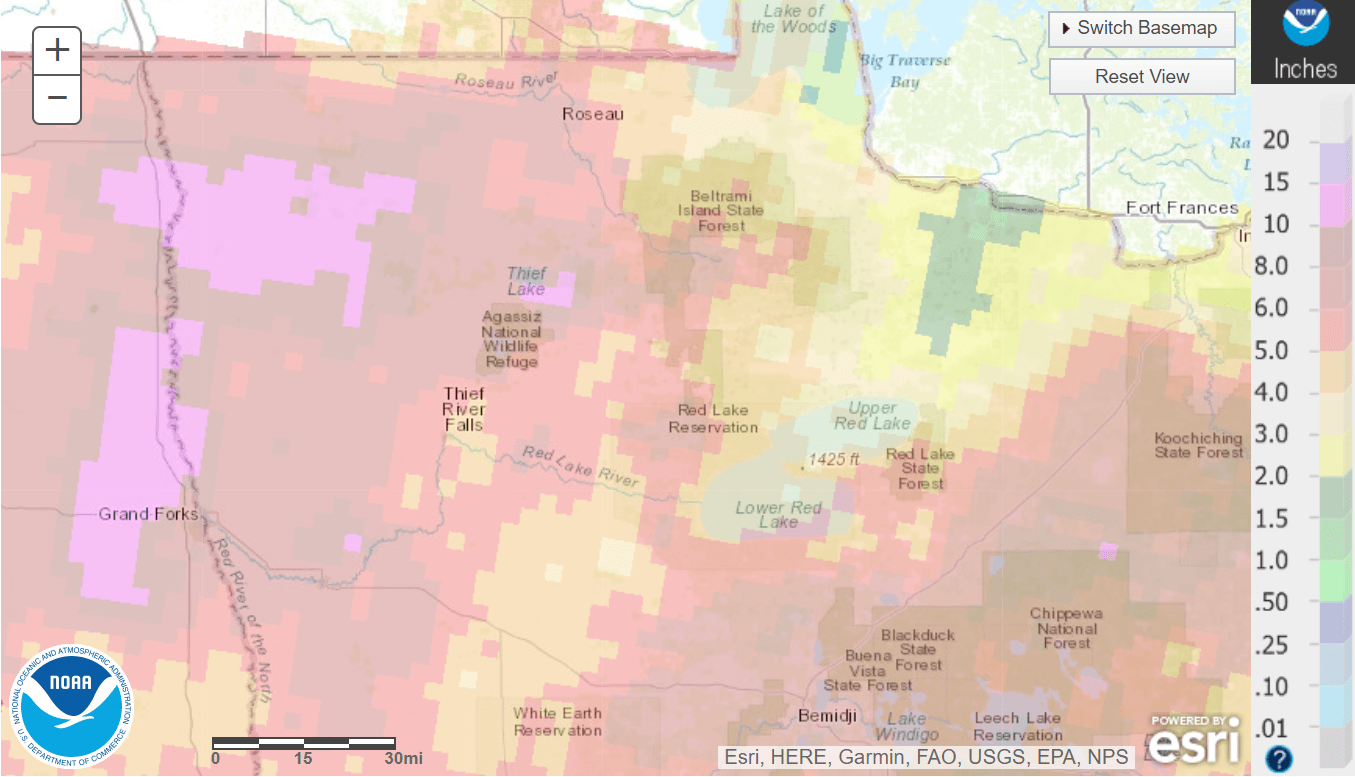 It’s typical to see local rainfall variations in convective summer storms. But this summer has exhibited some extreme rainfall differences across small areas.

Case in point? Last week’s mega rain dumped more than 6 inches on a zone around Mankato. But areas just 20 to 30 miles north and east have picked up less than 2 inches of rain in the past month. 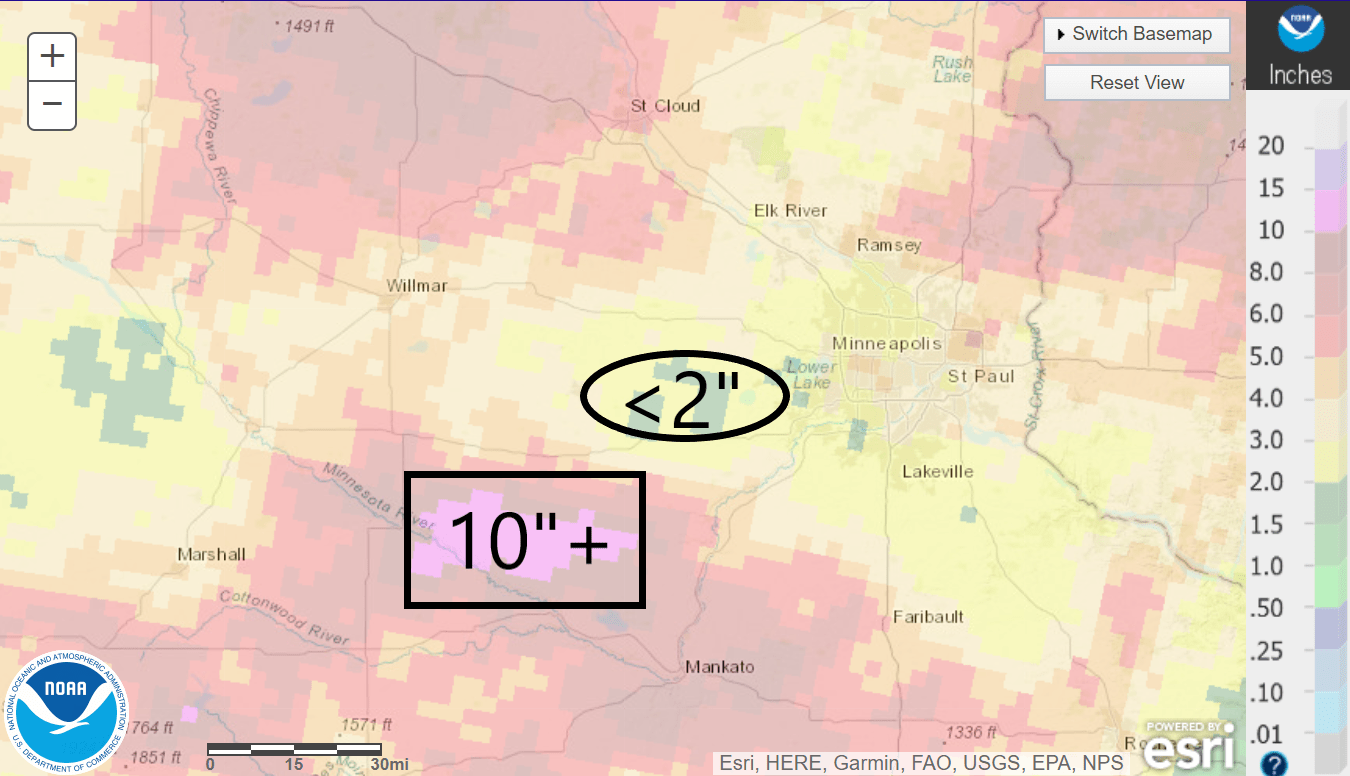 So it’s been all next to nothing for close-by towns with our summer rainfall this year.