Gov. Tim Walz on Wednesday announced a statewide order requiring Minnesotans to wear masks in restaurants, stores and other public indoor gathering spaces to stem the spread of COVID-19 and put the state on a path back to normalcy.

“This is the quickest way to ending the COVID pandemic,” he told reporters. “It is the surest way to getting us to the therapeutics and vaccines” while continuing to reopen the economy.

Walz has been signaling for days that such an order was coming. On Tuesday, he noted that businesses support such a uniform move as do care providers and the state’s health leaders. 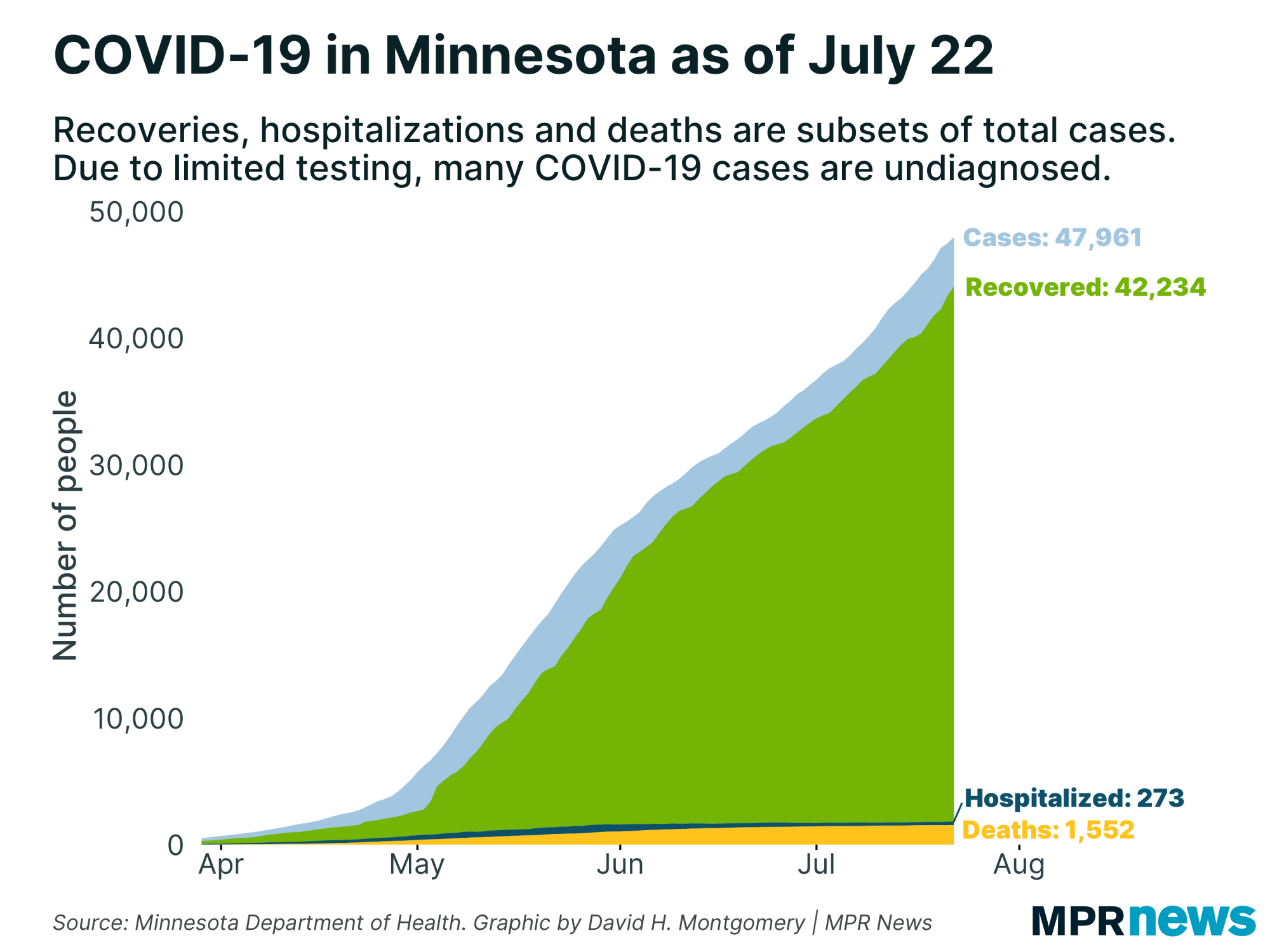 More than half of states now require the use of masks or face coverings in public settings. Republican governors in Indiana and Ohio also posted statewide mask wearing orders Wednesday.

Walz said he decided to move now on a statewide order after watching the percentage of positive tests climb the past few weeks in Minnesota from under 4 percent to about 5 percent.

The governor compared the inconvenience of wearing a mask to wearing seat belts in cars and preventing smoking in indoor spaces, changes in behavior required by government that ultimately saved lives.

“This is a small sacrifice for a potential big gain,” he said.

Republicans, including Senate Majority Leader Paul Gazelka, R-East Gull Lake, have said a statewide mandate would be a mistake.

Last week, Walz told MPR News that he was hoping to get legislative Republicans to buy in. On Wednesday, however, Gazelka slammed Walz’s coming order.

“Once again, I find myself asking why one-size-fits-all is the only option for a mask mandate,” he said in a statement. “Businesses and individuals are already requiring and wearing masks in most situations, so the mandate feels like a heavy-handed, broad approach that won’t work well for every situation.

Exemptions to the order include:

Officials emphasized that children age 2 and younger should never wear a mask.

Steve Grove, commissioner of the Department of Employment and Economic Development, said the state is working local chambers of commerce to make masks available to businesses to give to customers who don’t have one.

Grove emphasized that officials don’t want businesses to be in a position of being “mask police.”

To read the original article and see live coverage of Walz' announcement, follow this link to the MPR News website.  https://www.mprnews.org/story/2020/07/22/latest-on-covid19-in-mn