Restaurants, other businesses cautiously ready to let customers in Chairs are stacked on tables at D-Brian's restaurant in the Minneapolis skyway in March. Restaurants and other businesses can open up to indoor service Wednesday for the first time since the coronavirus pandemic shut down much of the economy in March.  Photo: Chris Juhn for MPR News file

After months of empty tables, restaurants throughout Minnesota are reopening their dining rooms Wednesday, welcoming back customers who’ve been cooking for themselves or picking up takeout.

Nothing is back to normal, though. Dining is capped at 50 percent capacity and going out to eat will look and feel a lot different than before the coronavirus shut things down in March.

At the Main Café in Stillwater, owner Samy Youssef was preparing this week to start serving diners his signature breakfasts.

Youssef said there’ll be virtually nothing on the tables and plates and utensils will be disposable.

“Just to try to eliminate the touching to be safe,” he said. “The most important thing for me [is the] safety of the customer and [the] safety of everybody working in the cafe.” 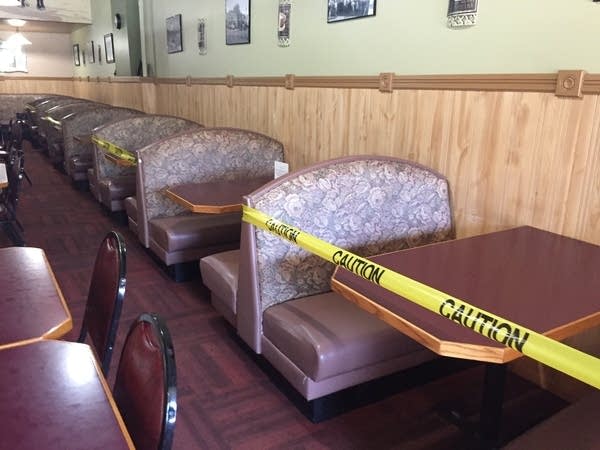 Closed and open booths at Main Café in Stillwater. After months of empty tables, restaurants throughout Minnesota are reopening their dining rooms on Wednesday.
Photo: Mark Zdechlik | MPR News


Speaking through a face mask, Youssef said he takes the pandemic very seriously. He’s put up notices in his dining room asking patrons to enjoy their meal but not to linger. The less contact, the better.

He thinks his business will survive, but he says the fate of the Main Café is entirely in the hands of customers

Whether people will be comfortable returning to in-restaurant dining depends on who you ask.

Stillwater resident Leann Hanson said she’s looking forward to getting back into restaurants.

“I don’t have any concerns at all, actually,” she said.

Neither does Dustin Yeager of North St. Paul.

“I think a lot of it has been blown out of portion, actually,” he said. “Not to say that the virus isn’t real. It’s very real and, to certain people, it’s going to be very dangerous. But for the majority of the population, statistics has shown over and over again, it’s not.”

Husband and wife Mike Harris and Ann Martens of Stillwater said they'll probably wait about a year to sit down for a meal inside a restaurant. Harris said there’s just too much uncertainty around the coronavirus and he worries people have become complacent.

“Everyone’s just going to kind of kick it to the curb and say, ‘I’m not going to do any of that anymore,’ and it’s only going to make this a lot worse than what it really is,” he said,

“We are of that age where we need to be careful but no, I’m nervous about it,” Martens said.

Stillwater Sports Barber owner Chris Shockency said he can’t wait to get back into restaurants. But he said it’s got to be done with the same care he’s used in returning to cutting hair. 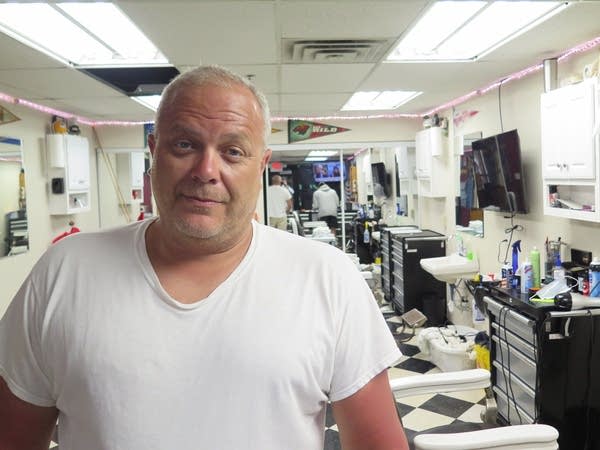 What he’s seen across the St. Croix River, he said, gives him pause.

“Wisconsin opened up and, you know, I think it’s the Wild West over there,” he said. “I don’t know if I want to be shoulder to shoulder with people I haven’t been in contact for while.”

Stillwater Sports Barber has been open by appointment only for a little more than a week and he’s been busy enough that he had to hire his son to help out — answering phones, scheduling appointments, cleaning and disinfecting.

Based on that experience, Shockency thinks people will fill restaurants to their permitted half capacities. But he said proprietors will have their work cut out for them trying to keep employees and customers safe.

Health clubs are also hoping there's pent up demand after months stuck home. Like other businesses, they have to switch up the way they do things, including limiting to 25 percent capacity.

Shawn Severson, of Lifetime Fitness, said he expects a significant drop-off in customers at least initially.

"We know that we're not going to ever get 100 percent of the members back that we had,” said Severson. “But we also are confident there's a new percentage of the general public that hadn't made fitness and health a priority in their lives, now they know it's so critically important to stay healthy."

Severson said in other states, reopened Lifetime Fitnesses have been able to bring back roughly 80 percent of their customers by demonstrating they can safely return.

To read the original article and see related stories, follow this link to the MPR News website.  https://www.mprnews.org/story/2020/06/10/restaurants-other-businesses-cautiously-ready-to-let-custom...