Warm temperatures, rain and longer days are bringing spring to northern Ontario, meaning rivers and creeks are starting to open around Thunder Bay and along the coast of Lake Superior.

The running water brings out anglers, most of whom are seeking lake-run rainbow trout called steelhead.  In a normal year, prime spots beneath weirs or falls would see anglers in relatively close contact.

But because this is not a normal year, the North Shore Steelhead Association (NSSA) in Thunder Bay is being proactive and has posted messages on their Facebook page about the need for physical distancing and recommending anglers be mindful of each other, said Tom Whalley, the president of the NSSA.

"If people are going to want to go outside and go fishing, they are really going to have to consider not putting anyone else at risk," he said." The best way to do that is to ensure the guidelines put out by the province are followed, and minimize any risk of transmission."

Whalley noted some popular locations, such as the McIntyre and Neebing Rivers in Thunder Bay, can see substantial numbers of anglers over the month-long steelhead run.

Whalley said the NSSA is recommending staying a fishing rod's length from another angler, as a minimum. He also said common sense and respect should be of utmost concern at this time. 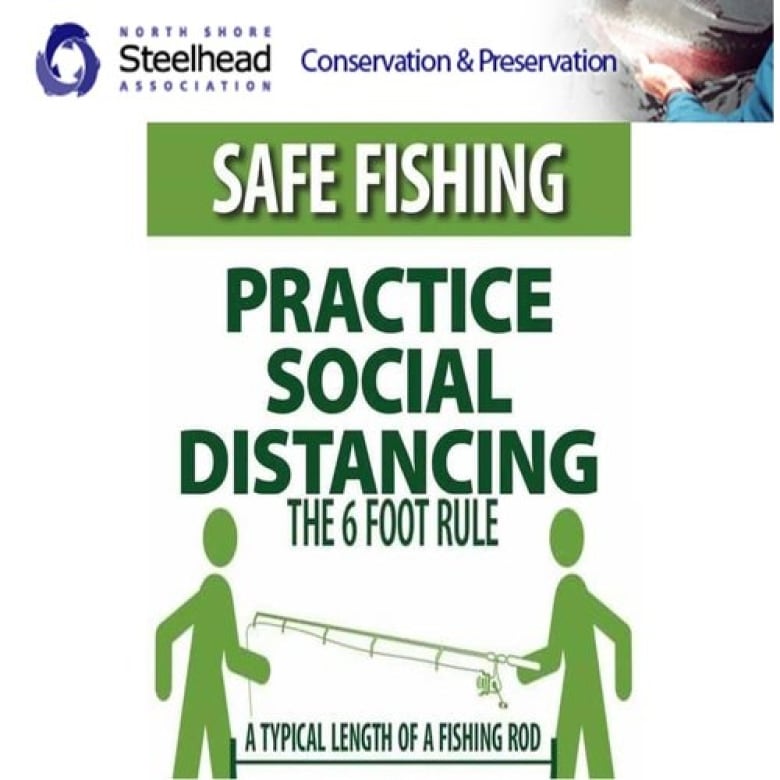 "Obviously, if somebody is feeling ill – for any reason – they are not going to want to be out there," he said. " Maybe this is one of those years where you spend a little less time on the streams or take the spring time off even, if you have a concern about this issue."

The Ontario Ministry of Natural Resources and Forestry has not altered fishing and hunting in the province at this time, and seasons remain open, while conservation officers also remain on patrol.

However, access to some areas used by anglers and hunters has been restricted, particularly in southern Ontario and parts of the northeast.

The Ontario Federation of Anglers and Hunters (OFAH) has launched a website to help anglers and hunters across the province stay up-to-date on any closures or restrictions.

The site lists closures for conservation authorities, county forests, trails, national wildlife areas, and boat launches.  The OFAH has announced it will be updating the list on a daily basis to reflect any new additions or changes.