Kathleen Taylor was hanging lights on her house in Wimberley, Texas, the week before Thanksgiving in 1998. Reaching to put up a giant yellow star on the end of the eave, Taylor felt the ladder she was on start to wobble.

Glancing down, she saw her 3-year-old daughter playing below.
"I just panicked," she says.
Worried the ladder would fall on the toddler, Taylor jumped off, landing unnaturally on the front part of her left foot. The foot was swollen for days, and Taylor remembers hobbling around through the holidays, certain she had a hairline fracture.
Taylor's story isn't unusual.

In November and December 2010 (the latest data available), more than 13,000 people were treated in hospital emergency rooms due to injuries related to holiday decorating, according to the U.S. Consumer Product Safety Commission.
Dr. Shawn Evans, an emergency medicine physician at Scripps Memorial Hospital La Jolla in Southern California, says falls are "hands down the most common reason why we'll see folks this time of year."

Usually these injuries fall into one of three categories, Evans says: older men or women who are putting up lights outside and hurt their head or neck; middle-aged men who've had a couple of drinks while decorating and injure their shoulders or wrists; and kids who are trying to assist and end up with head lacerations or concussions.

Evans remembers one horrifying incident from years ago: A man who was hanging decorations on his house eve slipped and managed to get his neck tangled in a string of lights.
"His feet were on the ladder. The ladder could have slipped; he could have hung himself," he says. Fortunately the man was rescued by a neighbor, but the accident left a ligature mark across his throat. 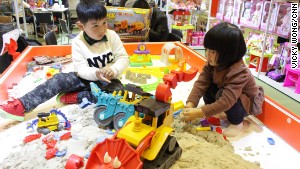 It's not always decorations that pose a danger during the holidays. Each year, fires kill approximately 400 Americans and cause more than $990 million in damage, according to the U.S. Fire Administration. Christmas trees are often the first item ignited, the National Fire Protection Association says.

If you're buying a live tree this year, make sure to check it for freshness by looking at the color (it should be green, not brown) and needles (they shouldn't break when bent or fall off branches easily), according to the Consumer Product Safety Commission. And always place a tree away from heat sources like an air vent or fireplace. If you choose an artificial tree, look for a "fire resistant" label, the CPSC says.

Candles are another fire hazard. The CPSC recommends using flameless candles if you have young children or pets, and placing real candles away from materials that will catch on fire easily. Make sure to extinguish all candles before going to bed at night.

Evans says the second most common injuries his staff sees during the holiday season are caused by "alcohol-and ..." accidents: alcohol and a motor vehicle; alcohol and an altercation; alcohol and cooking knives.

"The message for folks is that if it rolls or requires a helmet, make sure you gift the helmet," Evans says. "Don't rely on the person ... to buy their helmet later on. They will get hurt on Christmas Day."

Doctors also see gun and knife-related injuries post-Christmas. Recipients eager to show off their new gifts are often reckless with the safety of themselves and those around them, Evans says.

You would think such tales might make ER staff question the intelligence of the human race.
"You know what it really does? It gives you a great appreciation for the humility of human circumstances," Evans says. "If you really approach it honestly, you and I would do the same thing."
Like when you forget to turn off the outside Christmas lights and sneak outside in your bare feet -- only to end up slipping on a patch of ice. Or thinking you're more than old enough to roller-blade without a helmet, until your head hits the pavement.