The Ministry of Natural Resources and Forestry (MNRF) is working on a forest fire in the Pickle Lake area after it broke out late Thursday afternoon between the town site and the neighbouring area of Central Patricia.

On Friday morning, the MNRF's interactive forest fire map showed the fire, called Sioux Lookout 8, was 600 hectares (1.480 acres) in size, and not under control. It's burning along Pickle Lake Road, just northeast of the town itself. The road connects the town site to Highway 599. 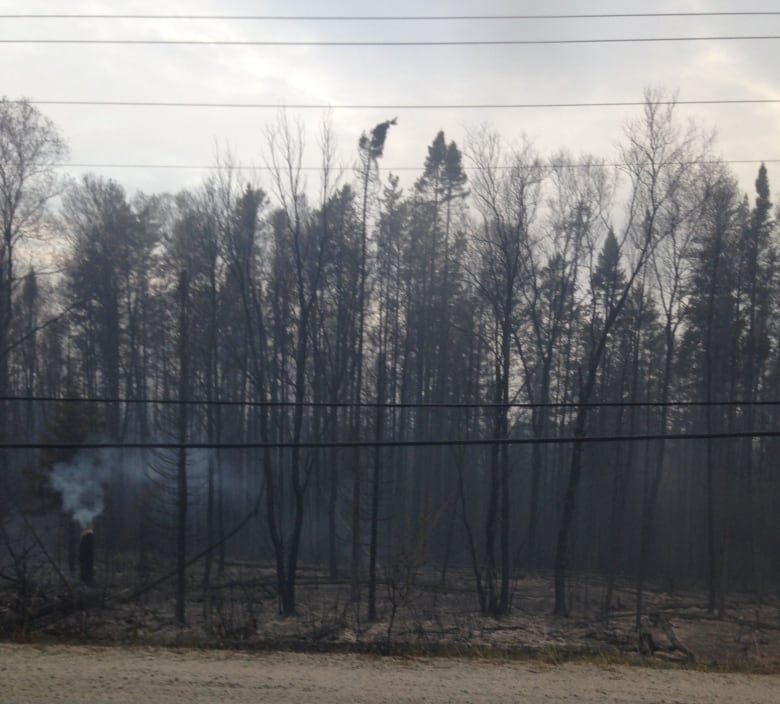 The view from Pickle Lake Road on Friday morning. A forest fire, known as Sioux Lookout Fire 8, broke out near Pickle Lake on Thursday afternoon. Forest fire fighting crews are currently battling the fire, which was reported as being about 600 hectares in size and not under control. Photo:  Lucie Hoffman

At 6 p.m. ET Thursday the Township of Pickle Lake posted on its Facebook page that the community was on alert and people were asked to pack a small bag and be ready to go in the direction of the airport if notice was given.

However by 9 p.m. ET Thursday, the township posted that Pickle Lake was not under an evacuation at that time and residents were asked to return to their homes.

According to a media release from the MNRF, waterbombers and initial attack FireRanger crews were working on the fire and the township posted Pickle Lake Fire Rescue was also helping to put out hot spots. 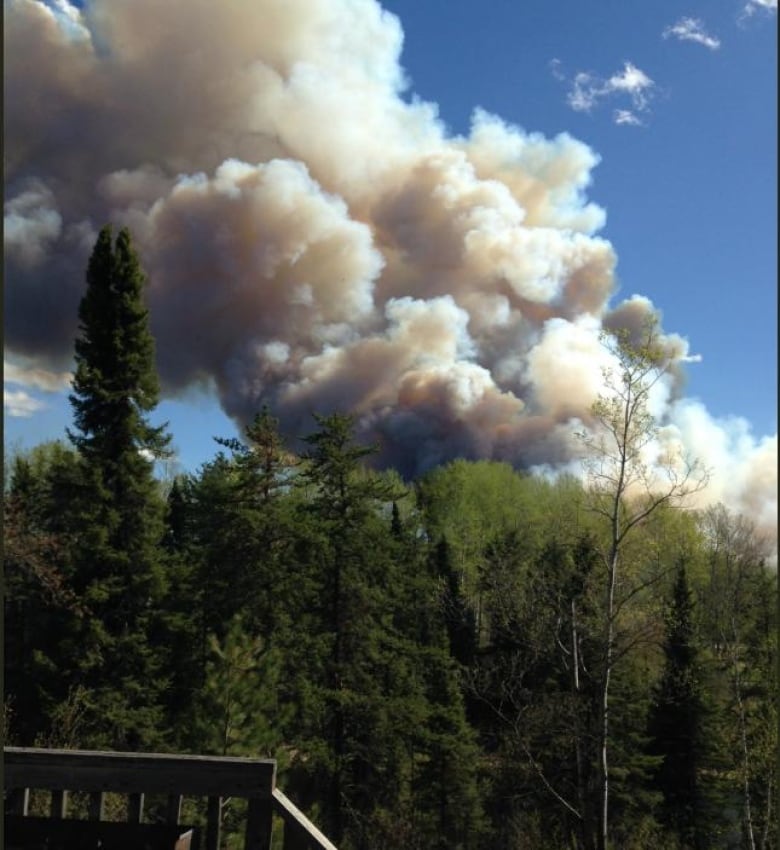 Friday morning, the Hydro One website was showing a power outage in the area affecting more than 450 customers due to the forest fire.

The outage map stated crews had partially restored power but full restoration was not expected until 2 p.m. CT this afternoon.

"I imagine that some people are having problems breathing," Hoffman said.

She said landline and Internet service to Pickle Lake has been cut off due to the fire, as well.

"The winds are supposed to change direction to blow it all right back [Friday]," Hoffman said. "We're hoping the forecast is wrong."

To see the original article and read related reporting, follow this link to the CBC News website.  https://www.cbc.ca/news/canada/thunder-bay/pickle-lake-fire-1.5166099