Did the frigid winter take a toll on ticks? Probably not Sometimes, a particularly harsh winter will put a dent in Minnesota's deer tick population. Think of it as nature's way of rewarding humanity after a long, cold winter. Only deer ticks transmit Lyme disease.

This winter was pretty rough. But was it bad enough to kill off the ticks?

The short answer: probably not.

Cold temperatures only kill ticks if they're exposed to the frigid air, said Dave Neitzel, an epidemiologist with the Minnesota Department of Health.

"So far, we're having no trouble finding the adult stage of the blacklegged tick," he said, "what most people know as deer ticks."

Ticks were insulated under a thick blanket of snow this winter, so the bitter cold didn't reach them. 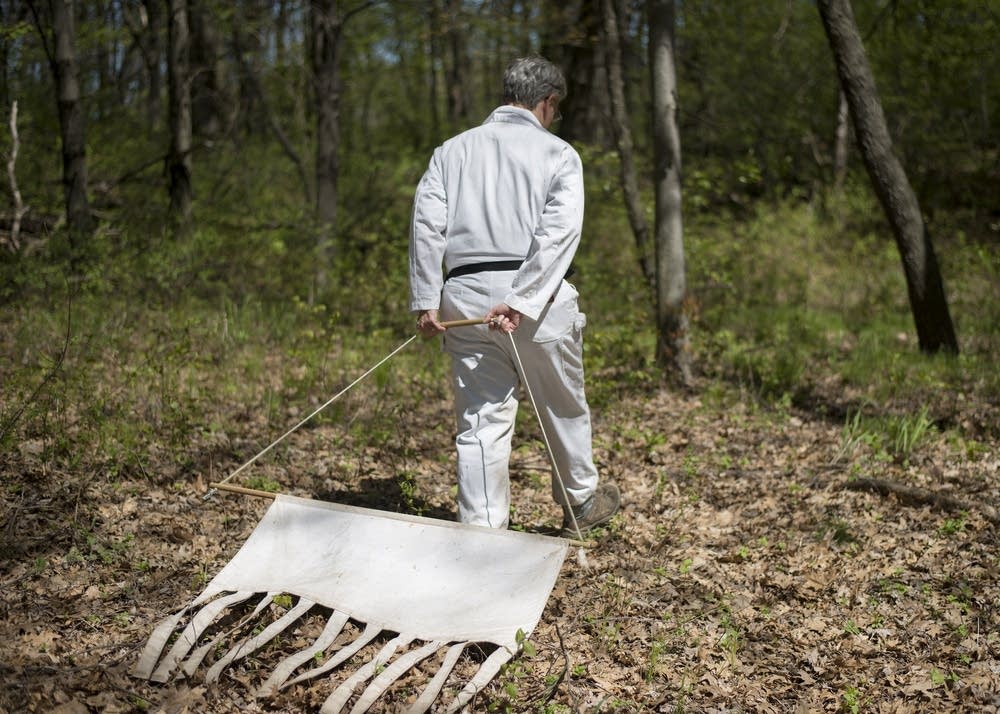 Now that the snow has melted, Neitzel and his survey crew at the Minnesota Department of Health have been conducting field surveys in historically tick-infested areas to count tick hitchhikers.

"We have a little piece of cloth that we drag behind us in the woods," said Neitzel, "and we stop every 15 to 20 meters and we pull ticks off of ourselves and pull ticks off of the cloth. A very simple sampling method, but it works really well."

"In the adult stage of the blacklegged tick, it's not unusual to find that about 40 percent of the adults are infected," said Neitzel. "If you have two or three blacklegged ticks on you, there's probably one that's infected for sure."

Neitzel has been studying tick-borne diseases since the 1980s. In that time, Minnesota has gone from seeing a handful of Lyme cases a year to more than a thousand annually.

To read more of the original article and hear an audio report, follow this link to the MPR News website.