Drop the drone during fire season Media Release from the Minnesota Department of Natural Resources - April 25, 2019 Flying a drone can be a lot of fun—but it can be downright dangerous during a wildfire, according to the Department of Natural Resources.

“Most people wouldn’t dream of driving their car in front of a fire engine that’s responding to a fire,” said Casey McCoy, the DNR’s fire prevention supervisor. “Flying your drone during a wildfire is just as reckless: we have to ground our planes until the drone gets out of the way, and that slows down our ability to fight the fire.”

This happened last year during a wildfire in Little Falls: DNR pilots had to land firefighting helicopters because a drone was buzzing overhead. According to McCoy, “interfering with fire operations in this way is dangerous for our aircraft, firefighters on the ground, and the general public.”

The reason drones pose such a problem is because they fly at roughly the same altitude as wildfire suppression aircraft. Even a small drone can cause a fire-fighting helicopter to crash if the drone makes contact with the aircraft.

Be fire wise and fire safe. No photo or video is worth the risk. Drop the drone near all wildfires.

For more information about drones and wildfires, log onto the National Interagency Fire Center.

Flying a Drone Near a Wildfire is Breaking the Law 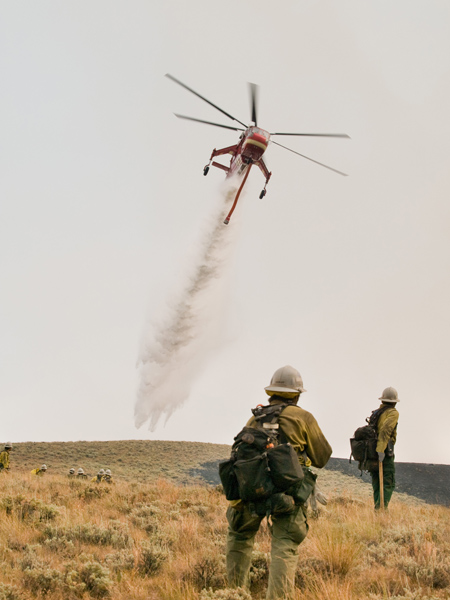 Per the U.S. Code of Federal Regulations, 43 CFR 9212.1(f), it is illegal to resist or interfere with the efforts of firefighter(s) to extinguish a fire. Doing so can result in a significant fine and/or a mandatory court appearance. So, be smart and just don't fly your drone anywhere near a wildfire. No amount of video or photos are worth the consequences.

Please, don't fly your drone near a wildfire!