From the National Weather Service

Warm air doesn’t necessarily mean the water is warm. Survival time is greatly diminished for someone immersed in water below 70 degrees. Warm air temperatures can create a false sense of security for boaters and beach goers. Cold water drains body heat up to 25 times faster than cold air. When cold water makes contact with your skin, cold shock causes an immediate loss of breathing control. This dramatically increases the risk of sudden drowning even if the water is calm and you know how to swim. The danger is even greater if the water is rough. Immersion in cold water is immediately life-threatening for anyone not wearing thermal protection, like a wetsuit or drysuit, and not wearing a life jacket.

Knowing some basic cold water immersion principles can greatly increase your chances of survival. Although the times are approximate, in general you should try to remember the 1-10-1 Principle.

1 Minute to Control Your Breathing
You have one minute after being submerged in water to get your breathing under control and realize what has happened. This is due to the “cold shock” of the water temperature -- which causes involuntary gasping, making it hard to catch your breath. If breathing isn’t controlled immediately, the possibility of drowning drastically increases. Many people hyperventilate, faint, and drown before they are able to calm down their breathing.

10 Minutes of Muscle Control
After gaining your awareness, your body has about 10 minutes of meaningful movement. After that, it’s likely the cold water temperatures will cause a loss of control over hands, arms, and legs -- and you won’t be able to swim. If you can’t get out of the water within 10 minutes, stop moving and get into the Heat Escape Lessening Position (H.E.L.P. - see Take Action section below). Movement will deplete your energy faster and increase heat loss.

1 Hour Until Hypothermia
There is approximately one hour until hypothermia will set in. Hypothermia is a condition in which the body loses heat faster than it can produce it -- this can cause violent shivering, unconsciousness, or cardiac arrest. Keep in mind that most cold water deaths occur well before this point -- only those wearing a life jacket will survive longer than 10 minutes in most cases.

The phrase 1-10-1 Principle was coined by Dr. Gordon Giesbrecht. The descriptions above are based on material from the U.S. Coast Guard, the U.S. Army Corps of Engineers, and the National Park Service. 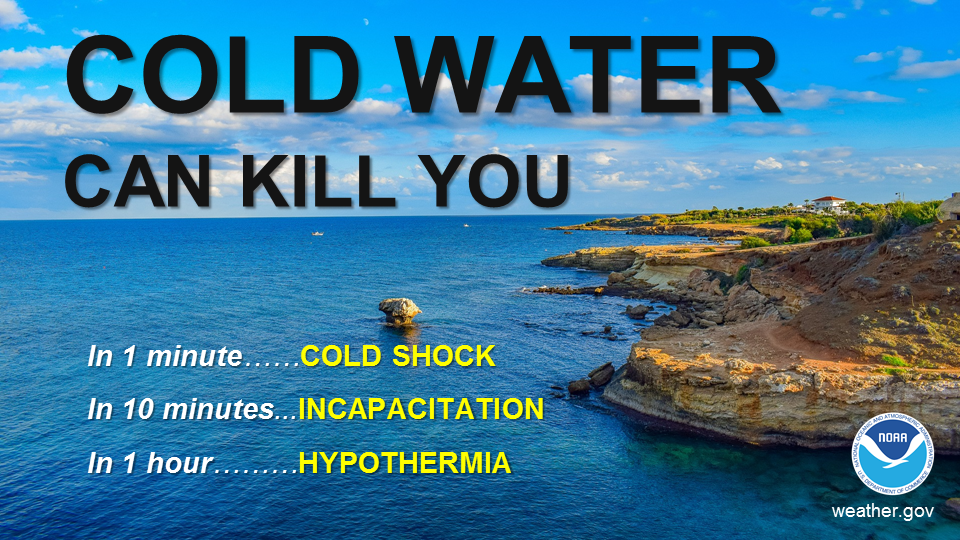 Cold water risks include immersion into both cold coastal and cold inland waters. Warming weather conditions can be deceiving. While air temperatures warm, water temperatures can still remain cold. A typical scenario would be for a mild sunny and calm morning that draws many to the water. As the day progresses the wind comes up and waves build. This results in an enhanced risk of people falling into or overturning into these cold waters, resulting in the threat of cold shock and a high risk of drowning. Ocean currents including rip currents enhance these threats. Water activities that put people at risk include kayaking, canoeing, whitewater rafting, paddle boarding, and lake boating.

Risks that may cause immersion in cold water include: 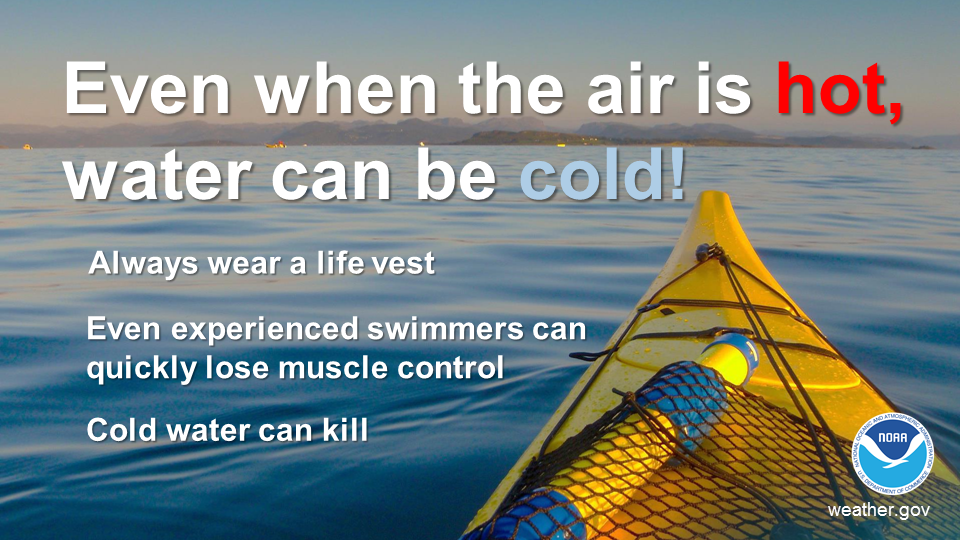 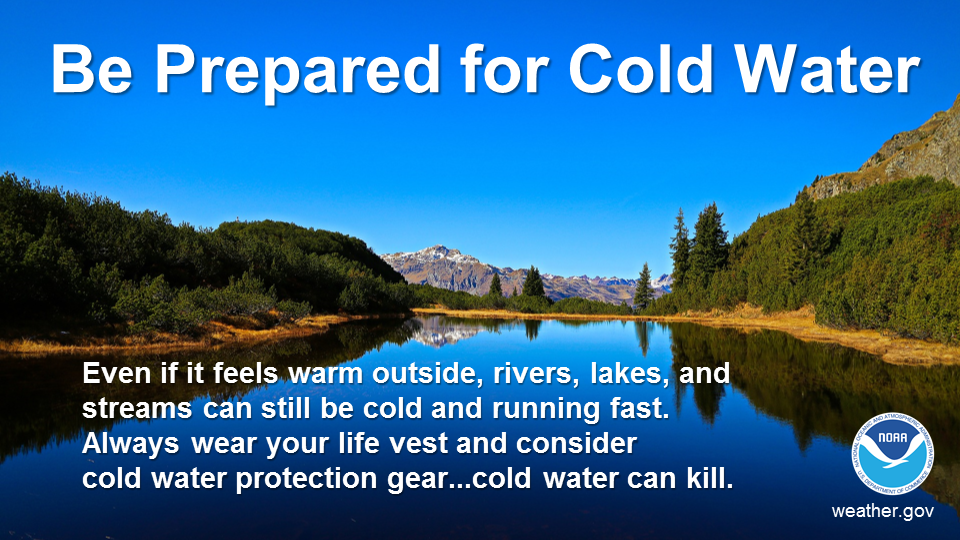 Cold water can kill. The following guidelines and images from the U.S. Coast Guard will increase your chance for survival:

If you need to treat yourself or someone else that has been submerged in cold water, follow the steps below (developed by the Red Cross):